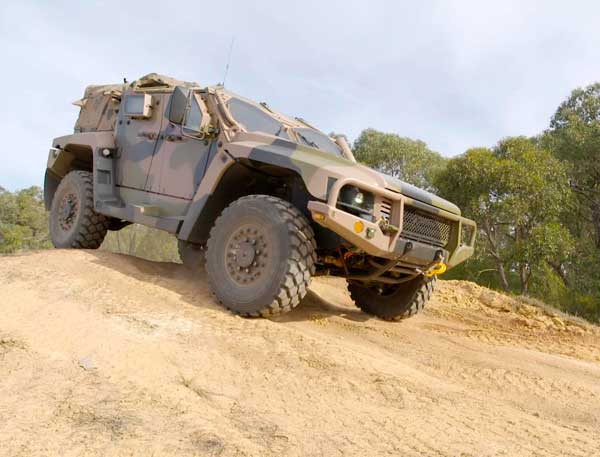 An export version of Thales’s innovative Hawkei light protected vehicle will be on display at Eurosatory, the largest international land and air-land defence and security exhibition in Paris this week.

The brand new left-hand drive version will be appearing in the live demonstration zone, offering potential international customers a first opportunity to see the vehicle in action.

A right-hand drive version will also be on the Thales stand, along with many of the company’s other capabilities.

Chris Jenkins said: “The Hawkei’s bolted modular design enables Thales to support technology transfer to countries where industrialisation can be performed at lower cost, giving customers the opportunity to develop their own in-country protected mobility capabilities and skills.”

The 7-tonne, 4×4 Hawkei is designed for rapid airmobile deployment. Available in a variety of variants including command, reconnaissance, liaison and utility, it is a compelling choice for operations with limited point-of-entry options.

In 2013 Thales delivered six Hawkeis to the Australian Department of Defence under Stage 2 of the Manufactured and Supported in Australia option of Land 121 Phase 4. The vehicles, comprising two Command, two Utility and two Reconnaissance variants, plus a trailer, have been subject to an extensive 130,000 km testing programme.