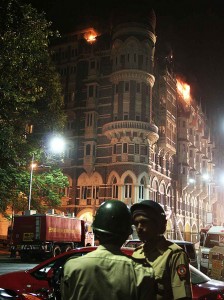 Nine years ago ten militants “hailing” from the terror group Lashkar-e-Taiba (LeT) landed on the shores of Mumbai. Trained in “military assault tactics”, their targets varied from restaurants to prominent hotel in the “financial capital” of India, Mumbai. Lashkar-e-Taiba or the “Army of the righteous”, came into existence in 1989 with its base at Kunar, Afghanistan, with a clear “agenda” of “establishing a caliphate” in Kashmir. The attack on Mumbai resulted in the loss of over 166 souls, temporary halted the “momentum” of India’s “financial capital” while significantly shifting the attention of media.

The attack on Mumbai was a “shift” from “traditional militant tactics”of using roadside bombs or improvised explosives or use of “jihadist volunteers equipped with suicide vests”, making it one of the principle “eye opening” lessons for domestic security agencies deploying traditional police tactics. Across the world, there are handful law enforcement agencies that are equipped to respond to terror attacks of such nature. The “military styled” attack on Mumbai was significantly complex and “first of its kind” to be ever carried by any militant group. This sudden shift in militant tactics posed a grave challenge to domestic security agencies particularly the agencies which acted as “first responders”, in the light of the training mechanism and weaponry employed by these forces. The paper “explicitly” focusses on the “complexities” faced by local law enforcement agencies particularly the first responders in countering such attacks.

Terror attacks: A shift in tactics?

Since 1970s, terrorist tactics have evolved drastically especially from the terror acts of militant factions such as the Popular Front for the Liberation of Palestine which, in an effort to attract media attention, took hostages. In that era, information and communication technologies were “limited”, forcing them to initiate a “communiqué” with the hostage negotiator seeking an interview with a prominent news outlet in an effort to ensure that their “message” is heard back home. The success of terror factions were “predominantly” dependent on media outlets, a “dependency” which is diminished by technological advancements today.

The massacre of Israeli athletes at Munich Olympics in 1972during which the militant faction Black September relentlessly threatened the lives of Israeli athletes under their captivity, resulting in the deaths of all hostages at the end of the siege. However, the terror attack in Munich resulted in the formation of specialised police units, quick reaction and military hostage rescue teams. One such “successful” actions involving special units was witnessed during the siege of Iranian Embassy in London, which ended only after the intervention of 22nd Special Air Service Regiment.

This “scenario” where the hostages are held by militant factions in an effort to fulfil their demands followed by the use of media to spread their voice globally, posed enormous “pressure” on domestic security agencies. This “pressure” was significantly enhanced by the use of “suicide bomber”, as domestic security agencies could no longer isolate the individual in a place and storm or negotiate for a peaceful solution. Domestic police are now challenged by militants who equip themselves with explosive devices or place them in areas with large population in an effort to inflict mass casualties, then detonate the device on their own will. This tactic is predominantly used my Islamic militants looking for a way to inflict heavy casualties and greater loss of lives, in an effort to maintain “significant” media coverage. Security experts argue that, in a siege, media outlets are focussed on an individual who in a particular hostage scenario wants to spread his message all over the world, who in the digital age of today, as numerous means.

Suicide attacks and specific placement of bombs have resulted in massive casualties in London, Bali and Madrid. Although, the use of “military styled” attacks in Mumbai indicates the drift from traditional militant tactics. It is evident from Mumbai that terrorists have the ability to “analytically” assess their target zones and employ “classic” law enforcement tactics. The attack on Mumbai was a particular case highlighting the “efficacy” of militants to employ “classic” battlefield tactics in an urban scenario, especially outside a conflict zone. This results into a direct confrontation between well-armed militants and “out-gunned” and “out-matched” patrolling law enforcement officers. The “first engagement” between the two could result in initial casualties, forcing the militant to employ “close in” manoeuvres during subsequent fire engagements.

The city of Bombay, or Mumbai called today, is the financial capital of India. One of the most densely populated urban cities, Mumbai hosts a population of roughly 20 Million. Hosting the populous with diverse economic backgrounds (from the wealthy to slums), the city continues to host a significant population of families depending majorly on commercial fishing, which was “exploited” by terrorists in an effort to reach the shores of Mumbai, “cloaked” under the darkness.

The ability to easily access the sea while hosting a large percentage of foreigners and significant population of the rich, painted Mumbai as a “target”. It was not the first time for Mumbai to be attacked, in July 2006 terrorists used “high explosive” devices and bombed train, killing over 209 persons. The intensity of the recent siege on Mumbai highlights the militant factions “capability to adapt”, which poses a grave challenge to India’s domestic security agencies. Mumbai is the home to “financial capital and hub of India’s entertainment” sector, Bollywood thrives in the city. This “diverse” mixture of people and culture forced ten armed militants to sneak into the city nine years ago and instigate a “horrendous” saga of violence and terror against innocent civilians, who were systematically and specifically targeted.

In an effort to respond to multiple active shooter incidents, especially to those attackers that have either barricaded themselves in hotels with significant civilian presence, requires a “massive-scale” well-coordinated response from local law enforcement. Cases such as militant attacks in Mumbai would test the “preparedness” and “responsive mechanism” of even the “most prepared” law enforcement agency in the world, forcing domestic security agencies to deploy strategies with reinforced planning, resource management and training effectively. The success of the operation will lay heavily on reliable intelligence in the hands of agency designated to respond. Hence, it is imperative for law enforcement agencies to reinforce their traditional intelligence on infrastructure, especially emphasising on “entry and exit” points, presence of any vital installations of strategic interests. Law enforcement agencies must maintain significant data on “hotels of importance” in an effort to gain primary initiative during response. Interestingly, the terrorists had prior knowledge about “security installations, pathways going in and out” of the hotel. They had precise knowledge of the roads, pathways, which enabled them to take routes which was “rarely” accessed by the public, pointing towards the fact that, the entire operation was “carefully and precisely” planned. The terrorists had prior knowledge of exact service access doors and corridors whereas the National Security Guard commandos went in “blind”.

The Mumbai police responded to multiple shooter incident sand temporary failed to gather the “overall” picture before losing some of the “finest officers in combat”. The attacks continued for a timeline of 60 hours, after which law enforcement agencies coupled with domestic and external intelligence agencies re-sketched the entire operational narrative.

The attack on Mumbai, nine years ago, was meticulously and carefully planned. The operation undertaken by the militants revolved around an urban terrain, which pose significant challenges to responding local police which not only responded to “shooters” but were also responsible to protect and defend the lives of the masses. It is imperative for law enforcement agencies to keep “reinforcing” their operational and training capabilities in an effort to contain, counter terror factions, particularly the ones with a “habit of employing non-traditional warfare” mechanisms, in order to anticipate and be prepared. Furthermore, it is imperative for law enforcement agencies to employ effective measures to collect credible intelligence, relieving their dependency on domestic and external intelligence agencies while implementing large scale operational mechanism suitable in urban and rural scenario.

The response mechanism in Indian police training manuals does not effectively cover tactics and response to multiple shooter incidents. The traditional tactics are far limited to “isolate and cordon, then wait for special armed units”. The concept of “active shooter” is an American law enforcement terminology which is used to describe law enforcement officer’s response to directly engage a shooter within the officer’s vicinity, tasking the officer to directly confront/eliminate the shooter even before he kills the civilians. However, the response to active shooter threats was not devised to directly confront armed militants. The threat posed by armed militants in Mumbai forced Mumbai police to indulge in an “unprepared” armed response during which the “fire superiority” completely suppressed armed responses of local armed police units.