Assad will be Real Beneficiary 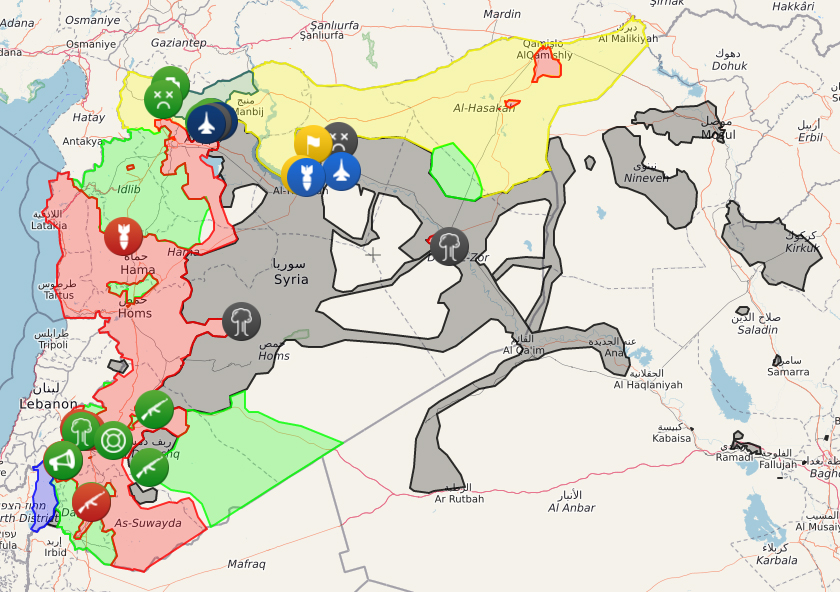 Turkey has launched its operation Peace Spring in Northern Syria aiming to uproot Kurdish forces. As the United States have already abandon their Kurdish allies which helped them to finish ISIS caliphate and pulling out all the American troops from the Syria to facilitate the Turkish operation. Turkey has come very heavily on Kurdish forces by launching air strikes, heavy artillery bombardment and ground incursion by Turkish troops and allied militias. The scale of the Turkish attack surprised many analysts tracking Syrian conflict. Turkey attacks covered area of 300km length and 50km depth in which almost all major cities and towns under Kurdish control are hit. Syrian Democratic Forces (SDF) dominated by Kurdish YPG militia responded to Turkey’s military action with artillery attacks and rockets fired into Turkish territory.

Moreover, fierce clashes are taking place in Syrian border villages between advancing Turkish forces and Kurdish fighters. What consequences of this military confrontation Kurds and Turkey have to face that only time can tell. But one thing is certain that whatever is the outcome of this confrontation there will be only one beneficiary under all circumstances and that will be Syrian President Bashar Al Assad. Let’s have a look how President Assad will benefit under any situation.

First of all, most important development is that United States is withdrawing all its troops from Northern Syria. Its highly possible that US will have no ground presence in Syria. This complete US pull-out will remove Russia’s which is the main backer of Syrian government only military equal from the contest to shape Syria’s future. Moreover, another important ally of Dr Assad that is Iran going forward don’t have to worry about US monitoring its activity and passing on critical information to Israel. Iran can now feel more confident to move its men and material from Iraqi to Lebanese border.

The Kurds feared that they will lose the autonomy they gained from Damascus during Syria’s civil war, now in its ninth year, and could see Turkey seize much of the territory where the Kurdish population is concentrated. This danger now could prompt the Kurds to negotiate with Assad’s government for some form of protection. Weaken by Turkish attacks Kurds won’t be able to negotiate from position of strength and Assad can pressurise them to accept many conditions which Kurds rejected outright before.

Another prominent possibility is that Assad forces, backed by Russia, could take advantage of the situation and advance from the south into the Kurdish region. As President Assad has vowed to retake every inch of territory from the Kurds and the remaining armed opposition in Syria’s northwest. This will force the Kurds to fight on two fronts at the same time something they are unlikely to survive. Ideally this is the right time to launch any military campaign against Kurds.

Turkey has stated that one of its goal is to settle Syrian refugees living in Turkish territory in the areas liberated from Syrian Kurdish forces.  As it’s a known fact that the millions of Syrian refugees in Turkey have become a liability for Erdogan, who is now thinking of forcing them back to the Syria. If such a resettlement takes place, it will lead to a permanent change of Syrian demographics which favours Syrian President Assad’s sectarian ambitions. It will change the ethnic composition of the Kurdish areas and the sectarian composition of many predominantly Sunni Arab towns. So, going forward in future no Kurdish separatists movement can take root in these areas as Kurds will be in minority there.

Syria’s northwest corner, including the Idlib region, is the last major chunk of territory still in the opposition hands after more than eight years of war. That is mainly because of Turkish support to these residual opposition groups. Turkey has several observation posts in Idlib province hence Syrian government is reluctant to launch a full fledge ground incursion. But if Turkey get entangled with Kurds then Turkey has to shift its attention from Idlib to campaign against Kurds. As even Kurds lose the territory to Turks, they can still harass them through the use of guerrilla tactics like hit-and-runs attacks, mines, roadside bombs or perhaps anti-tank missiles in their possession. As a result of this Turks attention from Idlib will be diverted and this will directly help Syrian government which is eager to launch ground incursion in this last rebel stronghold.

The next few weeks and months will determine that weather Rojava will survive or not. But at this point in time Damascus has all reasons to smile. As its very much clear that Dr Bashar Al Asaad will benefit from any possible outcome of this Turkish operation. In the Syrian conflict President Assad always played his cards well and emerged as the victor. However, this time it is different. He is winning without fighting or even putting any effort. His enemies are going to hand him victory.