Home  >  News  > Geopolitics  >  As You Sow, So Shall You Reap: Pakistan Singed by Labaik Protest

As You Sow, So Shall You Reap: Pakistan Singed by Labaik Protest 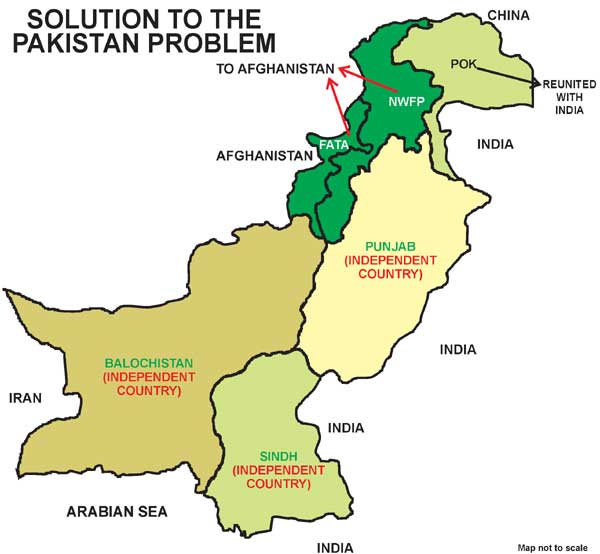 It is true that the founder of Pakistan, Quaid e Azam Mohd Ali Jinnah, was not a radical Islamist. For most of his life he was an anglophile, whose burning desire to find a place of prominence in the political space of India in the decades preceding India’s independence, drove him eventually to depend upon the Muslim clergy, feudal nawabs, radical Islamists to fulfill his desire. The British helped him in furthering the birth of Pakistan for their own strategic interests. Nehru provided the escape route by acting with little wisdom on many crucial occasions, while Gandhi remained busy experimenting with Ahimsa, selectively.

After Jinnah died within a very short time of getting his “moth-eaten Pakistan”, it fell on the country’s first Prime Minister, Liaquat Ali Khan, with the help of its bureaucracy, to steady the ship in turbulent waters. However, after his assassination in Rawalpindi on October 16, 1951, Pakistan was left with practically no political leadership to fill the vacuum.The Western Block, in the meantime, started demanding its pound of flesh. This drove Pakistan into an anti-Soviet military alliances: Baghdad Pact, SEATO and CENTO. Pakistan Army, as is well known, was Pakistan’s strongest institution at the time of partition (and continues to be so even today). The western powers found it easy to deal with Gen Ayub Khan, a Sandhurst-trained Anglophile. It was, therefore, only a matter of time before the Army, with the blessings of its western masters, would rule directly. This finally happened on 27 Oct 1958, when Gen Ayub Khan staged a coupe de tat. Since then, Army has directly ruled Pakistan for 34 years of its existence and indirectly for the rest of the time. Incidentally, Ayub Khan realized that his western friends did not behave as friends but acted more as masters. He wrote so as much in his book: Friends not Masters.

With practically no political activity permitted during most of the military rule, it was the Islamic preachers, leaders of Islamic parties and maulanas and maulvis who had a field day in expanding their areas of influence. The Army soon realized the usefulness of joining hands with such religious parties to fend off the challenge posed by mainstream political parties whenever the need arose. Therefore, Army-religious–parties alliance is an old reality of Pakistan. This ensured that these religious parties exercised quite a heft under every military ruler.However, the drastic shift in the equation came only when Zia Ul Haque used American intervention in Afghanistan, to oust Soviet Union from there in around 1979, to his advantage. While America was busy on Pakistan’s western front, Zia used the opportunity to build up and create insurgency in India on its eastern order; first in Punjab as a test case, and then in Kashmir.

Zia and his immediate circle of fawning aides realized that the jihad in Kashmir could not be sustained without the willing cooperation and active participation of radical Islamist parties.They were tasked to provide the highly motivated cadres to fight Jihad in Kashmir that began in late eighties. While the manpower was provided by these parties, the government, through its powerful ISI, provided the rest: training, finance, equipment, logistic support, etc. This collaborative enterprise between the rulers of Pakistan and the radical Islamist parties has continued to the present day, in the process, the radical Islam has not only flourished in Pakistan, but has turned the country into the world’s truly Jihadi State if there is one.

With its fractious politics, where all previous prime ministers or military dictators are either assassinated or must find refuge in other countries after demitting office (or on being removed from it), the religious parties alone are able to dictate terms to the Pakistan’s ruling establishment. Today’s crisis in Pakistan is to be seen in the light of this background.

With the kind of loopholes existing in the Blasphemy Law enacted in Pakistan, there have been numerous cases in which the law was misused to settle personal scores. The law was particularly misused to persecute minorities whose living conditions in Pakistan, in any case, were horrible. The law came under close international scrutiny when the media reported such events from Pakistan. Consequently, there were murmurs in Pakistan that the law needed some changes.

It was to pre-empt this likely development that in 2015, one Pakistani Islamic Scholar, Khadim Hussein Rizvi founded the Tehreek-e-Labbaik, (TLP) a political-religious organization with the sole aim of opposing any change to Pakistan’s blasphemy law.

The present agitation has its roots in the protest launched by TLP in November 2020, demanding that Pakistan sever diplomatic ties with France. The demand was the result of French President Emmanuel Macron’s landmark speech on Islam, in which he defended the right to caricature the Prophet Muhammad as integral to freedom of expression and French secularism. Khadim led a huge march on Islamabad from Rawalpindi to press his demand to cut off diplomatic relations with France. Pakistan government bought peace with Rizvi by assuring him and his party that the National Assembly will take a call on his demand in three months’ time.

In November 2020, Khadim Hussein Rizvi died after he had contracted COVID 19. There have been many theories going around the cause of his death, including some alluding to his assassination. This had happened after he had announced his victory in the ongoing stand-off with the government. Pakistan had hoped that his death would result in the disintegration of his extremist organization.

On April 12, 2021, the Pakistan government arrested Saad Hussain Rizvi, the son of Khadim Hussain, who had taken over the leadership of TLP after his father’s death. He had mobilized his followers across the country to protest the government’s unkept promises to the group. This triggered widespread and violent protests for nearly a week, mainly in Rawalpindi, Islamabad, and Lahore, in Pakistan’s Punjab province. Four policemen were killed in the clashes, and over 800 were injured. On April 15, the government slapped a ban on the group and  included it in the list of proscribed terrorist organizations under its Anti-Terrorism Act.

By the weekend, Pakistan entered negotiations with the banned group. Following these negotiations, the TLP released the policemen. TLP has put forward four demands. These are: the release of Saad, the removal of the ban on the group, the dropping of cases against all members of the TLP and release of all arrested members, and the expulsion of the French Ambassador to Pakistan.

Having created these radical Islamist parties in the first place and then treating them as strategic assets as a state policy, it was a foregone conclusion that Islamabad would buckle under the pressure and give in to TLP, which has repeatedly shown its ability to mobilize lakhs for its protests. This is what has now happened: Pakistan has called a parliamentary vote on whether to expel French Ambassador and said it will withdraw criminal cases against those arrested. Whether the protests will end or not remains to be seen.

History of Pakistan shows that it has repeatedly made bargains with religious extremists, believing their existence serves some larger strategic nation-preserving purpose. Each time, these have turned out to be bad bargains. Its dealings with the TLP have followed the same pattern.

Whenever, Pakistan has faced internal problems, the easiest way out it has found from the crisis, is to blame India for it. This has been a tried and tested method to discredit any protest at home. When an extremist group goes from “good” to “bad” in the eyes of the Pakistani security establishment, “proxy of India” is the ready allegation offered to explain this fall from favour. Imran Khan did not go so far as to suggest this, but he did allege that out of the 400,000 Twitter handles analysed to understand last week’s violence, 70 per cent were fake, and some 380 of these fake news peddling handles had originated in India.

On Sunday, the Tehreek e Taliban Pakistan (TTP), a group that has the capacity to unleash terrorist violence across Pakistan, offered its support to the TLP. The TTP has already been painted by the Pakistani security establishment as creation of Indian intelligence agencies. If the problem continues, it would be a matter of time before the TLP too is projected in the same colours.

One thought on “As You Sow, So Shall You Reap: Pakistan Singed by Labaik Protest”