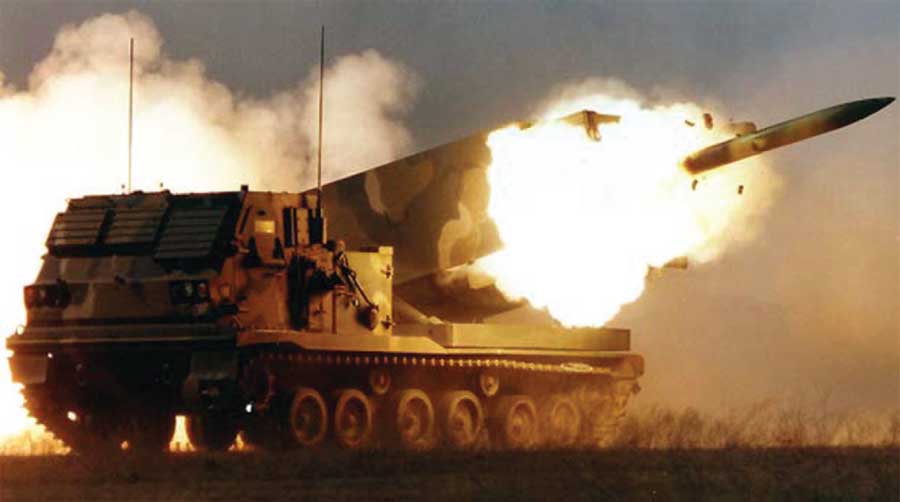 The purpose of all surveillance is to direct enemy assets for subsequent destruction. Sensors, therefore, must have total synergy with the associate firepower vectors. This is the essence of all firepower employment philosophy. The aim is to shorten the OODA loop so as to overtake the enemy’s OODA cycle. The thought of bifurcating surveillance from firepower assets is indeed misplaced and would place any army at a disadvantage in future wars. In the fields of surveillance and target acquisition, the artillery already has UAVs, BFSR and the LORROS. Additionally, plans exist to acquire sensors for persistent aerial surveillance. The artillery is also looking for upgrades in existing equipment to include the electronic theodolite, inertial navigation system, sound ranging systems and lighter Weapon Locating Radar (WLR) system.

The army’s artillery philosophy includes having a credible capability of various UAV systems to ensure depth of tactical, operational and strategic areas of operations…

The army’s artillery philosophy includes having a credible capability of various UAV systems to ensure battlefield transparency, target acquisition, direction of own artillery fire, target designation and post strike damage assessment across the frontage and depth of the tactical, operational and strategic areas of operations. UAVs have immense potential for operations in conventional as well as counter insurgency/counter terrorist operations, plus in disaster management roles. The stand-off capabilities of UCAVs to undertake surgical strikes in depth are immense. UCAVs are very much on the artillery’s wishlist and should materialise in the near future, depending upon the budget and priorities accorded.

The ACCCS was the first information system to have been introduced into the Indian Army and it has been a landmark achievement for the artillery in its quest for network centricity. The system has greatly enhanced the artillery’s capability to deliver highly accurate and responsive firepower. Fielding of the equipment has brought forth many challenges which are being addressed quite successfully. Some of these challenges relate to the types of communication equipment being used, as also integration of with other networks.

At the moment, innovative methods are being used to address these challenges since their eventual resolution lies in final fielding of the Tactical Communication System (TCS) and other components of army’s Tactical Command, Control and Communication (TAC C3I) system, particularly the BSS, Battlefield Management System (BMS) and the Command Information and Decision Support System (CIDSS) all of which will take considerable time. Most of the ‘new generation’ guns available worldwide are equipped with integrated fire control and communications systems which enable them to function as autonomous units. All the new generation guns which are under procurement or being developed too are envisaged to have these capabilities. This, however, does not take away the capability to also control them at the battery level, which is required and provides inherent flexibility to the system. 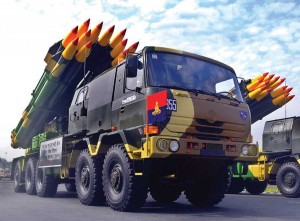 The Indian Army has successfully employed the concept of Artillery Divisions, formations to support Strike Corps operations. In vogue for the past few years, this concept has been highly successful. It has provided a flexible, responsive and effective organisation at theatre level to plan, coordinate, employ and exploit firepower to optimise effectiveness. The concept has been a force multiplier, adding a new dimension to the concept of employment of artillery, rockets, missiles and long range guns with a variety of ammunition including precision guided ammunition grouped in the Artillery Division. It has also provided the capability to concentrate firepower for the conduct of tactical degradation operations as well as fire support to the formations as part of the overall theatre plan.

The artillery in the Indian context needs to support infantry operations plus in counter insurgency and counter terrorist operations.…

The gun versus rocket debate has been ongoing in all armies including in India albeit there is very little difference between the effectiveness of rockets and conventional artillery. Conventional artillery like the Multiple Rocket Launching System (MLRS) too has acquired a fair amount of mobility. Both are capable of finding a suitable firing point, setting up quickly, releasing an accurate and concentrated payload over a period of time and then dispersing from the area before being detected and hit with counter-fire.

At the same time, armies are considering the two systems side-by-side looking at the advantages and disadvantages of both. Advantages of artillery guns are cheap ammunition, the ability to use GPS rounds for accuracy, faster reloads, high rate of fire, ability to sustain fire over long periods, Multiple Round Simultaneous Impact (MRSI) capability and a large variety of ammunition and calibre available. At the same time, issues with the artillery guns are long barrel needed restricting movement, heavy weight of barrel and breach given the need for pressure containment, high recoil that must be absorbed and the tone of blast can easily be detected by counter bombardment devices.

In case of the MLRS, the plus points are high first hit probability, large projectile with large explosive force than an artillery shell, quick initial deployment; quick getaway, potential to ‘fire’ rockets as UAVs fitted with camera to locate and then destroy target – as being developed in advanced armies, MRSI impact capability, potential for larger rockets to have greater range and payload (more than that of conventional artillery) and the potential to engage air targets. On the other hand, what can be considered as negatives in the case of MLRS are easily detectable contour trails once rockets are fired, expensive munitions, time consuming reloads, back blasts, high technology involved has more chances of system failure and relatively limited range of munitions are compared to artillery. 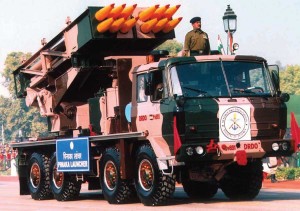 The artillery and rocket systems have two very different purposes on the contemporary battlefield. The MLRS is slightly more versatile since it has the future potential for engaging air targets, even incoming munitions and a larger rocket can have more range and impact than a shell as there is a limit to the effective area of an artillery shell. The rocket is, therefore, a useful multi-role platform, capable not only of ground bombardment but also hitting aerial targets and incoming munitions. At the same time, artillery is far better in providing sustained fire on a ground target, and particularly when used in larger numbers field guns can have a devastating impact with their fire deflating the enemy’s resources. Given the recent technological leaps with regards to aiming devices and self-propelled artillery vehicles, the accuracy of artillery does not really require very expensive rounds. Both systems clearly have advantages and disadvantages. Like any weapons system they must be deployed for the tasks most suited to them.

Much of the developments in artillery technology the world over are related to munitions and allied equipment. We are in the process of procuring and developing gun systems, ammunition including propellant and fuzes, support systems and networking resources in terms of software and hardware which incorporate state-of-the-art technology. Indigenous efforts should be able to provide modern surveillance equipment, UAVs and communication equipment. There has been progress with regards to the acquisition and indigenous production of surveillance and target acquisition equipment (UAVs and gun locating radars), rocket artillery (Smerch, Pinaka) and missiles (BrahMos) but these are only in limited numbers and nowhere near the envisaged requirement.

At present, laser designated precision ammunition is held by our artillery. There are plans to induct more precision ammunition like sensor fuzzed munitions, terminally guided munitions and trajectory correctable munitions – acquisition of which will depend upon the pace of procurement. However, in the pursuit of self-reliance it would be prudent not to rely solely on the OFB. Simultaneously, we must speedily form Joint Ventures (JVs) between India and foreign firms that have been dealing with gun systems development or have the potential to do so.

Artillery modernisation is a major programme in the Indian Army and needs to be given as much importance if not more in comparison with the manoeuvre arms it supports. The relevance is more in the Indian context because of the mountainous terrain where it needs to support infantry operations plus in counter insurgency and counter terrorist operations. Unquestionably, artillery units will continue to be used to support the infantry to the benefit of all. It is precisely in these sorts of operation that the new precision of artillery will become more telling and relevant. India has a long way to go in modernising its artillery. Presently, the artillery modernisation plan appears to be stymied. There is an urgent need to provide it an impetus considering the enhanced threat posed to us along a two and a half front.