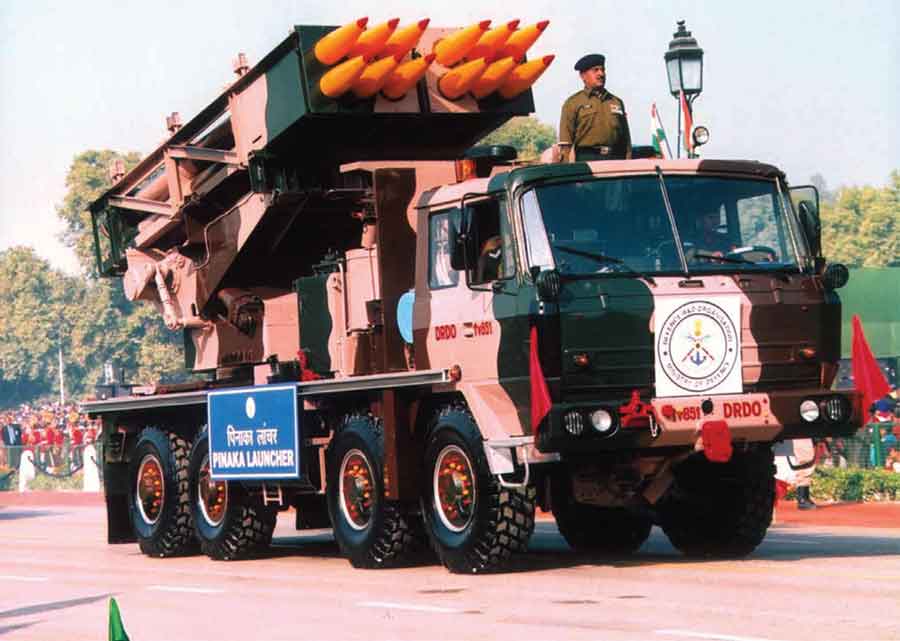 The Indian artillery modernisation process is a long story of tenders/re-tenders and trials/re-trials. The principal project to buy 400x155mm/52 caliber towed guns followed by the indigenous manufacture of another 1,180 guns had been mired in controversy for a long period of time. However, finally there is some light at the end of the tunnel. As per reports, the MOD has revised its procurement policy to give priority to Indian companies both private and public in defence acquisition, with emphasis on indigenous production. In view of this a number of private players are taking a calculated plunge into this arena. Major private companies such as Bharat Forge, Tata Powers and Larsen & Toubro, have shown an interest in the indigenous design and development of modern artillery gun systems and are reportedly entering into Joint Ventures with foreign companies such as French Nexter, Korean Samsung Teckwin Israeli Elbit and South African Denel (even though presently blacklisted), who already have the expertise and technology in the manufacturing of such gun systems. Trials are already in progress with Elbit Systems (earlier Soltam) ATHOS 155/52 caliber and Nexters TRAJAN 155/52 caliber Towed Gun Systems.

As per reports, the trials are expected to be completed early next year. The outstanding feature of these trials is the involvement of Indian private sector defence companies who have tied up with the foreign vendors making this project in the category of ‘Buy and Make-Indian’. In the above case, Bharat Forge has tied up with Elbit and Larson & Toubro with Nexter. This is a positive development and with the Indian Companies playing a key role in these ventures, there should be no scope for a rollback.

The Mounted Gun System is another important project involving off-the-shelf purchase of 200x155mm/52 caliber guns, followed by the indigenous manufacture of another 614 mounted gun systems. Available in the world market are Sweden’s Archer, French Caeser, Bosnia’s Nora Gun System and the latest Indian entry, the Tata Power SED gun system. This system has its inherent advantages over the towed guns in mountainous terrain and today is the mainstay equipment of many western nations. Both Caeser and Archer are combat proven gun systems having seen service in Afghanistan. Other private players are also likely to stake their claim in this project. There has been no progress on this project so far. 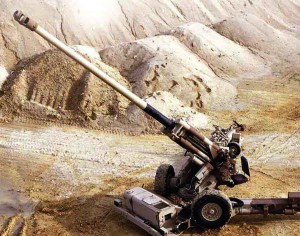 With regard to the tracked systems, the earlier trials of the 155m/52 caliber SP guns came to naught due to the blacklisting of Denel (South Africa). Fresh tenders were issued and the good news is that the trials have commenced. In the fray are the Korean Samsung Teckwin ‘K-9 Thunder’ and Russian Rosoboron Export’s tracked gun – an upgraded version of the MSTA-S SP Gun. In this case, Larsen & Toubro has tied up with Samsung Techwin in fielding the K-9 Thunder SP Gun. The guns are presently undergoing winter trials with the summer trials already completed. There is a requirement of 100x155mm/52 caliber tracked SP guns. The wheeled SP guns project is already a dead case as brought out earlier and there is likely to be no further progress on the issue for the time being. 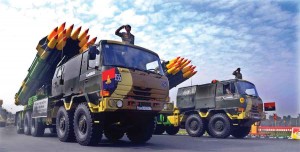 The induction of Smerch MBRL (two regiments) with a range of 90 km and Pinaka MBRL (indigenous production) with 40 km range as well as the Brahmos tactical cruise missile will certainly provide a major boost to artillery’s capability for depth battle but they can, in no way, replace the requirement of guns/Howitzers which are essential for fighting close and contact battle.

Some very significant developments have taken place in recent years in order to meet the immediate inescapable operational requirements of artillery deployment on our Northern and Eastern borders. First, the defence ministry has given the approval for upgunning of 300 additional 130mm/39 caliber guns to 155mm/45 caliber with the participation of the private sector in the tender process. The private industry has been approached to undertake this project in collaboration with a foreign vendor right from providing the required ordnance and accessories to the upgunning. Companies such as Tata, Larson & Toubro (L&T) and Bharat Forge are some of the private venders likely to be involved in this venture. While a suitable step to tide over the current criticality, it is an interim solution and must be seen in that context.

The second development is the manufacture of an indigenous version of the 155mm Bofors Howitzer by the Ordnance Factory Board (OFB). Though the blueprints of the Bofors gun design have been available with the OFB under the original Bofors contract, the ghost of Bofors had precluded any effort towards using the same, being a political bomb, despite the exceptional performance of these guns in the Kargil war. However, keeping in mind the criticality of the situation the MOD finally relented and asked the OFB to develop the indigenous version of the Bofors gun. Basically this is an upgunned version (45 caliber) of the existing Bofors gun and has a range of approximately 38 km. The OFB has developed two such guns which have undergone extensive test firing at Pokhran and Balasore ranges.

The Army is conducting user trials on a fast track basis so that manufacturing can commence at the earliest. However, ; there was a minor setback due to a barrel burst during trials, but the same has been resolved. As per reports, indent has been placed on the OFB by the MOD for 200 Howitzers to ensure it can start bulk production after completion of user trials. Follow on orders could be placed based on the performance of the gun. While this is a welcome development, it is not the ideal solution as technology in the development of guns/ Howitzers has moved to an altogether different level, way beyond the technology of the 1980s and the modernisation focus must remain on the 155mm/ 52 caliber guns. 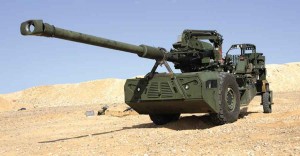 Till recently, the manufacturing of weapon systems was the sole preserve of the DRDO and Defence Public Sector Undertakings such as the OFB, who had the technological infrastructure and related facilities. However, with the Government’s decision to involve the private sector in defence production and the focus on indigenisation, this exclusive preserve is now been threatened. Case in point is the development of 155mm/52 caliber truck mounted gun Howitzer by Tata Power SED in collaboration with a foreign company Denel Land Systems of South Africa. Tata Power claims this Gun System has an indigenous content of 53 per cent and has gone through firing trails in a third country where it attained a range of 40 kms. The weapon system is mounted on a customised 8×8 truck from Tata Motors providing excellent mobility in all types of terrain. As per reports, Tata Power has approached the MOD for being given a chance for proving their gun in India.

With changes in policy clearly stating that in all future acquisitions of defence equipment, first priority would be given to Indian companies both private and public, a number of private companies such as L&T, Bharat Forge, Mahindra Defence Systems, Tata Powers and Punj Lloyd have taken the plunge and are forging JVs with renowned global defence equipment manufacturing companies, especially those related to manufacture of 155mm/52 caliber artillery Howitzers of all types.

There is also an urgent need to review the present blacklisting policy of the government which is retrograde in its application and is doing more harm than good to the procurement process. Imposing of severe financial penalties on the company rather than banning, would yield better results and ensure that the acquisition of major/critical weapon systems does not suffer – an existing practice in many countries. The Naresh Chandra Committee on defence reforms has addressed this issue and the Government must act on it.

The present situation is showing some signs of improvement with the trials of the Towed and Tracked 155/52 caliber Howitzers in progress. However, keeping in mind the outcome of earlier trials, it is a process of ‘wait and watch’. A number of tenders have been scrapped in the final stages of the acquisition process. There is an urgent need to upgrade/modernise the artillery and ensure accelerated acquisitions to effectively redress the balance especially with the adversary in the North. The MOD needs to guard against the game of ‘Snakes and Ladders’ being played frequently in the procurement process where there are plenty of snakes but no ladders.