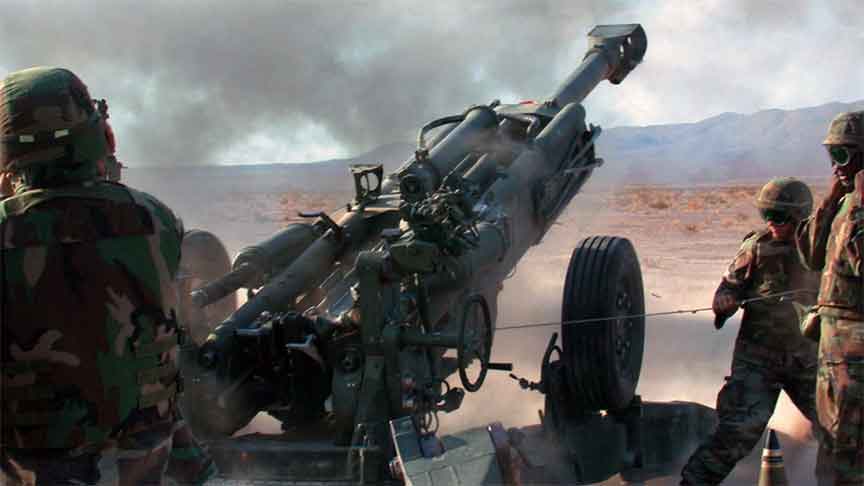 With changes in policy clearly stating that in all future acquisitions of defence equipment, the first priority would be given to Indian companies both private and public, a number of private companies such as L&T, Bharat Forge, Mahindra Defence Systems, Tata Powers and Punj Lloyd have taken the plunge and are forging JVs with renowned global defence equipment manufacturing companies especially those related to manufacture of 155mm/52 caliber artillery Howitzers of all types. There is also an urgent need to quickly revise the present blacklisting policy of the government which is retrograde in its application and is doing more harm than good to the procurement process. Imposing of severe financial penalties on the company rather than banning, would yield better results and ensure that the acquisition of major/critical weapon systems does not suffer – an existing practice in many countries. The Naresh Chandra Committee on defence reforms has addressed this issue and the Government must act on it.

Presently, the artillery inventory is grossly inadequate both in quantity and quality…

Both Napoleon and Stalin, in their respective time in history, have extolled the decisive role of artillery in war fighting. This fact remains relevant even today as firepower especially artillery continues to play a significant battle winning role in modern warfare. In the Indian context, this fact was amply demonstrated during the Kargil conflict. But despite the lessons of history and the imperatives to transform well recognised, the Regiment of Artillery’s modernisation plans continue to stagnate.

In the last 26 years, India has not bought even a single gun after the then Government of Rajiv Gandhi was hit by a pay-off scandal over the procurement of Bofors guns. The major reason has been the numerous defence related scams, leading the Ministry of Defence (MOD) to display an extreme risk-averse behavior, resulting in the blacklisting of some of the major players in the world market, producing state-of-the-art modern artillery gun systems. The latest in this sordid saga is the uncertainty in the acquisition of the 145 BAE Systems M777 Ultra Light Howitzers (ULH), being acquired through the Foreign Military Sales (FMS) route with the United States. While the trials were completed almost a year and a half ago, the process for finalisation of the project seems totally stagnant with the MOD maintaining a stoic silence. This despite the fact that the Maintainability Evaluation trials were carried out at its behest in January 2013 – this in actuality constitutes the final round of trials in the procurement process of any military equipment. 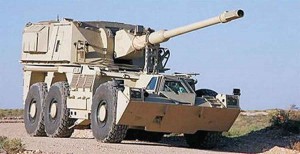 In the absence of any communication from the MOD and with no other orders in the pipeline, the BAE Systems has been forced to shut down its M777 facility located in England in October last year. This facility catered to 30 per cent of the gun’s manufacture mechanism. As per reports, BAE Systems is also seriously looking at the option of closing down its main facility in the US by March 2014, in case no further progress is made. This is a major setback to the artillery modernisation process as this was the Army’s priority project, keeping in mind the raising of the new Mountain Strike Corps and the long outstanding inadequacy of artillery on our Eastern and Northern borders. This development has followed closely on the heels of the scrapping of another important project involving the acquisition of 180x155mm/52 caliber wheeled Self Propelled (SP) guns after completion of trials.

The cancellation has been attributed to the guns not meeting certain technical parameters, but more importantly, due to infirmities noticed in the trial process itself. In the fray were German – Rheinmetall Defence’s Wheeled Gun and Slovakia – Konstrukta’s Zuzana. Rheinmetal Defence was subsequently blacklisted by the MOD for its dealings related to acquisition of some air defence equipment. The result is that the second largest arm of the army after the Infantry continues to be a victim of repeated setbacks causing it to remain the most obsolescent wing of the army with serious operational implications.

Presently, the artillery inventory is grossly inadequate both in quantity and quality. It has in its inventory six different caliber guns, most of which are either obsolescent or reaching obsolescence. While the Russian origin 122mm D30 towed Howitzer mainly deployed in the plains is already obsolete, the 105mm Indian Field Gun (IFG), the mainstay of the artillery and in service for the last three decades, is nearing obsolescence. Furthermore, its limited range of 17 km is almost irrelevant in the present and future battlefield environment where guns with 40 to 50 km range would be the need of the day. Most of the armies in the world are today even looking at Mortars with enhanced ranges of 12 to 14 km. The strength in terms of numbers of the 400xFH 77B (Bofors) guns bought in 1986, is down to approximately half owing to non-availability of spares.

There has been some progress in the acquisition and indigenous production of surveillance and target acquisition equipment, rocket artillery and missiles…

The above facts clearly highlight the current inadequacies of the artillery, with its modernisation and acquisition process in total disarray. The state of ammunition of the main weapon of the artillery continues to be a cause of serious concern. This aspect was amply highlighted by the erstwhile COAS General V.K Singh in his letter to the Prime Minister during his tenure, expressing serious security concerns regarding the shortage of ammunition. The situation has not changed since then. The only silver lining in this dismal gun acquisition stalemate has been the upgrade of 180 pieces of 130 mm/39 caliber M46 Russian guns to 155mm/45-caliber by the firm Soltam of Israel.

The plan was to upgrade a total of 480 guns but with Soltam getting blacklisted by the MOD during this period, the process to upgrade the remaining 300 guns came to naught. Despite the initial teething problems, this has been a fruitful venture giving the upgraded gun an enhanced range of 39 km from its original 26 and providing commonality of ammunition with the 155mm Howitzers planned for acquisition. There has been some progress with regards to the acquisition and indigenous production of surveillance and target acquisition equipment (UAVs and gun locating radars), rocket artillery (Smerch & Pinaka) and missiles (Brahmos) but these are only in limited numbers and nowhere near the envisaged requirement.

Developments in technology in the last couple of decades have made firepower more devastating in its application and has led to the most dramatic enhancements in the capability of the artillery. This has extended the effective reach (range and lethality) of the land forces to almost limitless levels. Sophisticated surveillance systems now permit the exploitation of extended reach of artillery platforms and advanced communications allow the application over the widest possible envelop almost instantaneously.

Technologically, artillery guns have stabilised at 155mm. This is believed to be the optimum barrel bore for the best mix of range, lethality and platform mobility. In terms of barrel length, 45 to 52 caliber is the trend though it appears that the 52 caliber is what most gun manufacturers will eventually offer. This gun is becoming the mainstay of most modern armies and hence the decision of the Indian Army to acquire these is appropriate. A few variants to the standard towed and Self-Propelled – tracked have also emerged in the last decade and a half, in the form of the mounted gun system and Self-Propelled – wheeled which offer specific terrain related advantages. 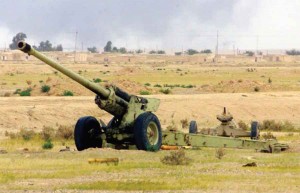 Rocket artillery in the last three decades has also evolved into a spectacular weapon platform. The caliber has increased to 300mm and range close to 120 km and with advanced smart ammunition, its accuracy and lethality has multiplied manifold. Rocket artillery has become highly lethal as also extremely versatile with capability to fire both rockets and missiles. The weapon of the artillery is ammunition; enormous advancements have taken place in the accuracy and lethality of artillery ammunition. The need for ammunition now is to attain higher range, greater variety and a higher degree of precision (smart ammunition).

The Indian Army’s decision in favour the 155mm gun was taken in this background while also keeping in mind the threat perceptions and the terrain obtaining on the borders, especially at high altitudes. The aim was to achieve enhanced ranges, equipment standardisation and most importantly, the commonality of ammunition thereby reducing the colossal logistics problem of maintenance, spares and ammunition handling. The artillery’s modernisation programme includes purchase and manufacture of towed, mounted and ultra-light Howitzers as well as Self-Propelled artillery both tracked and wheeled, Multi-Barrel Rocket Launchers, missiles, surveillance and counter bombardment equipment and most important of all, the ammunition and communication equipment.

The main highlight is the inclusion of the mounted gun system and wheeled Self-Propelled artillery platforms. The mounted gun system provides a high level of autonomy and shoot-and-scoot capability and has a distinct advantage in the mountains due to its shorter turning radius compared to the towed gun. The wheeled Self-Propelled gun is ideally suited for the plains and the semi-desert terrain vis-a-vis the tracked version providing better speed and mobility at lesser costs. While modernisation related to rocket artillery (Smerch & Pinaka), missiles (Prithvi, Agni and Brahmos) and surveillance equipment (UAVs and Weapon Locating Radar) is progressing satisfactorily, the main concern and problem area remains the stagnation in the induction of roughly 2820 guns/Howitzers of all types.