Artificial Intelligence in the Realm of Warfare 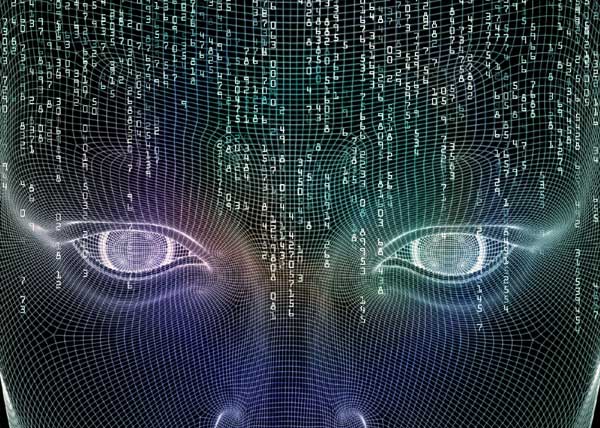 The killer weapon was placed in a Nissan truck on the roadside in the town of Absard.  The remote-controlled weapon fired 13 rounds on the scientist’s car as it drove past, precisely targeting the scientist only, though his wife was sitting barely 25 centimetres away.

The Nissan pick-up with the remote weapon was equipped to a satellite link and AI which used “facial recognition” of the scientist to activate the remote automatic weapon system, killing the scientist without any collateral damage.

Though unverified, the claim of IRG cannot be totally ignored as AI assisted precision killing is very much in the realm of warfare today.

Concept of use of AI in conflict has been a cause of concern and none other than the venerated late Stephen Hawking and a thousand more scientists, in an open letter in 2015 called for a ban in use of AI in military technology as it will have “unimaginable consequences”. They had then opined   that autonomous weapon system based on AI with face recognition will be used for pin point killing and will jeopardise global security.

If assassination of Mohsen Fakrizadeh is a harbinger of AI powered Killer Robots, then warfare will soon reach a point of “battlefield singularity”, a situation in which the military commanders will no longer be able to keep up with the pace of the conflict.

In conflict, speed is an important deciding factor. A soldier with split second faster reaction lives to tell the tale; a ship which sinks its enemy vessel first/ fastest is spared death/ damage by retaliatory fire. Where human reactions are found wanting, technology has stepped in to speed up reaction.

In mechanised warfare, a tank today is so enabled that when under anti-tank missile fire, it automatically activates its onboard countermeasures to neutralise the threat thereby enhancing its battlefield survivability. Similarly, on ships with anti-submarine or anti-missile shield, when under threat, it senses without human aid, activates countermeasures remotely through sensors aided by AI and engages the incoming weapon to destroy it. In Afghanistan or Iraq, when an armed drone equipped AI driven target surveillance and acquisition capability, identifies a target through “facial recognition technology”, if pre-programmed/taught to engage such a target on recognition, engages and destroys it. Major General Qasem Solemaini, the commander of IRG was accordingly targeted by US on 03 January 2020 at Bagdad International Airport.

It appears so but does use of AI and other cutting-edge technologies in the realm of warfare foretells that the role of humans in future warfare will increasingly become redundant?

Even the countries which are the leaders in AI baulk at this very thought. There are compelling reasons to keep humans involved in this lethal and destructive science of military warfare. Humans are sure and reliable bulwark to prevent the machine learned AI weapons platform from misinterpreting, engaging wrong targets and creating unwanted disaster which is concurrently, with the AI driven communication system, being streamed live into the homes of the domestic population, to bolster their morale but in this case instead bringing the horrors of the warfare, scarring a generation’s psyche.

In all important military missions / operations, even these advanced nations keep humans in the loop of the AI assisted decision making. It is so because even the most advanced AI systems cannot understand the situation, apply judgement or respond to fluctuating situations as well as a human can in a fluid war arena characterised by mayhem, chaos, confusion, destruction and disillusionment which can/ will throw up scenarios which the AI has not “learned” or has been trained to detect because its human trainers have not been able envisage them.

War is a mind game. The human is best suited to study and understand the opposing enemy leader and try to visualise his plan, see through ploys, maintain surprise and decide on the right time and place to strike.

As technology advances, it is true that questions will arise as to whether AI will be better suited to frame military strategy and military tactics.

AI has been around for sometime now. Despite that US, the most advanced nation and leader in AI, has not won a war it has started in the last 20 years, not even against the ill clad, archaic foot soldiers of the Taliban.

Secondly, all nations have gaps in their nation’s strategy but AI alone cannot remedy such weaknesses in the fast-changing global scenario. AI is an advanced computing tool but it cannot conceptualize, combine the interests and goals of allies and develop the means of waging war like a technology which brings about Revolution in Military Affairs which, in turn, affects the nation’s strategy.

Advanced technology does not necessarily translate into developing an infallible strategy. Technologically the best car in an Formula 1 race may still lose out due to its cautious driver. Experiences in Afghanistan of ISAF and US has amply demonstrated that the best of the military technology cannot win if the strategy to fight the war is flawed specially against a determined enemy.

There is no denying that AI in military technology will make weapons more lethal and faster, sensors will become more efficient, logistics better streamlined and C3I more effective but it will not be able to compensate against the damages caused by misguided or weak military strategy.

Cloud, Blockchain, 5G were expected to revolutionise the digital world. A few years back, cyber warfare was being touted as the game changer but most nations have yet to master the scope and the benefits of Cyber warfare and therefore are not able to exploit its full potential.

This is not to deny that change will happen. It will. Human mind has to realise its potential and to be adept at assimilating the fast-changing technology to reap its benefits and to bring about change. In the realm of technology, possibly Internet was the last which when commercialised in 1990s, unleashed a change, revolutionising the world of communication and knowledge. It enabled globalisation and changed the world into a global village.

Today, the killings of the Iranian officials, the havoc wrecked by armed Drones of Azerbaijan on Armenian Mechanised Forces,  have amply demonstrated to the world the lethality AI has infused in military weapons and platforms, making them  far more lethal than could have been imagined in the 1990s. AI driven military technology has given rise to a new Arms race, one which is seeing not only unchecked development of AI assisted weapons by advanced nations but also their procurement by cash rich nations like UAE, acquisitions which alter the balance of power in that region.

Such AI driven killing machines are not yet in mass production but every new weapon developed takes us closer to realm of a military conflict where autonomous weapons will dominate the war. All nations know the dangers but none have yet stated that they will forsake their development or procurement.

A war dominated by autonomous weapons will be fought at “machine speed” and a point will come when the combat will move faster than the human perception. In such a juncture, human errors and misjudgements may lead to upward escalation which may then spiral out of control.

It will be interesting to note that in 2010 there was a “flash crash” in US stock markets when malfunctioning automated trading algorithms caused a loss of nearly a trillion dollar. To prevent a repeat the financial regulators of stock markets around the world have programmed in trips or circuit breakers which on sensing sudden fall in the prices will halt trading. But in a real war how can we build in such circuit breakers to prevent it from escalating into the realms of “mutually assured destruction”?

With Industrial Revolution in 19th century, the technology in the military domain has revolutionised beyond recognition. Many nations today are reducing and replacing  their conventional forces with the weapons driven by AI such as precision guided missiles, remote weapon platforms such as aerial, surface and submarine Drones, anti-ballistic missile defence and anti-satellite weapons.

As the weapons of destruction modernised, the concerns too grew. 20th and 21st century’s saw many initiatives in controlling the weapons of Conventional and Nuclear wars. New START, ban on use of Cluster munitions, anti-personnel mines, biological and chemical weapons are a few examples of such path breaking initiatives. A recent United Nations initiative saw the “Treaty on Prohibition of Nuclear Weapons” being adopted. It will come into force on 22 January 2021.The aim of all arms control treaties has been to reduce the effect of war on humans and on earth.

However, till now the world has yet to develop a consensus for banning or curtailing the AI driven autonomous weapons. At UN, where control of use of autonomous weapons has been discussed, over 30 nations supported complete ban but none of the nation’s developing them pitched in. USA, Russia and China have repeatedly obstructed the attempts to ban the development, deployment, use and sale of AI driven weapons.

Unlike nuclear weapons and their delivery systems or the conventional ballistics missiles, AI driven autonomous weapons are hard to detect and to be classified as being lethal and a danger to the humanity. A Drone may look harmless but maybe having lethal technologies on board.

It’s the need of the hour that a common consensus is built in the UN and a law banning AI driven lethal weapon platforms be tabled, similar to the formulation of “Treaty of Prohibition of Nuclear Weapons” wherein too all the nuclear nations are non-signatories.

Till then, “the haves” such as US, Russia, China, Israel who are developing these weapons should realise or be forced to realise the futility of its actions through opposition to it from within its own society and the reluctance of its allies. A futility which has triggered a new arms race and ushered in uncertainty and the insecurity, taking warfare into the realm of “unimaginable consequences”.

These nations can take leaf out of the Nuclear Arms control treaties signed between USA and erstwhile USSR during Cold War and later between US and Russia, to join hands to form a treaty eliminating/ governing the development and use of AI driven weapon systems, with inbuilt checks and balances. In case the major powers lead in banning and elimination of this class of weapon system, the rest of the world will follow.

2 thoughts on “Artificial Intelligence in the Realm of Warfare ”