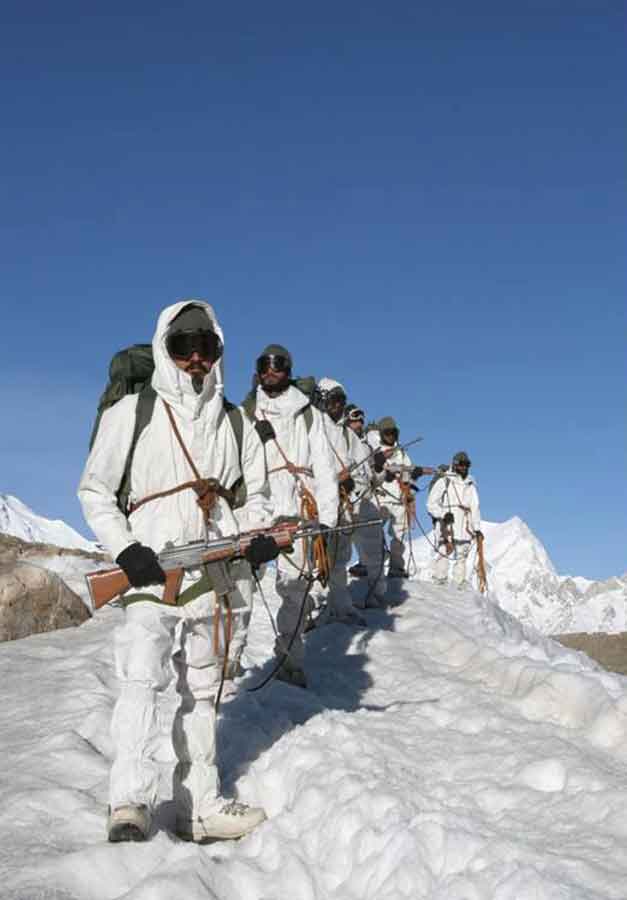 A recent editorial in a national daily titled ‘An Unhappy Army’ states that unflattering information on the internal “atmosphere” in the armed services is seldom made public: the bad-for-morale argument serves to keep things under wraps. It drew attention to the information given to Parliament regarding 425 suicides in the Armed Forces since 2014: 335 in Army including nine officers; 72 in Air Force including 67 airmen; and, 18 in Navy including two officers. It says that these figures should be worrisome   given the “hot” conditions the Army faces while defending the frontier in J&K and countering insurgencies both in J&K and North-East. Parliament was also informed that since 2014, 803 Army officers and 38,150 soldiers had also sought premature retirement. To top this, the government has also acknowledged that the Army is deficient of 9,259 officers and 50, 363 other ranks.

The editorial goes on to highlight the following that have not been addressed: dismay at the award of the 7th Central Pay Commission (CPC) and complications over its implementation; skewed version of One Rank-One Pension (OROP) being sore point considering today’s soldier is tomorrow’s ex-serviceman; losing battle over “status” that the uniforms have been fighting against the bureaucrats of the MoD; recent “cap” on the education support extended to the orphans of military martyrs convincing faujis that their interests are constantly neglected; professional misgivings over persistent shortages of weapons and systems – combat aircraft, submarines and artillery pieces head the list that trickles down to a reliable rifle, safe helmet and body armour; government rhetoric about defence forces, hardly translated into action; anxieties accentuated by soldiers being asked to build railway over-bridges or clean up trash left by tourists in the mountains. The editorial concludes by saying “Restoring confidence and pride among defence personnel is fast snowballing into a Himalayan exercise, a task for which the political leadership appears ill-equipped.”

It is rare for a national daily to come out with such an editorial because such narratives of ground realities have never really gone beyond various blogs that are read by few. Protest voices of dissent (whether farmers, ex-servicemen (ESM) or anyone else) in the capital have already been silenced very conveniently at Jantar Mantar using the National Green Tribunal cover and the alternative of Ram Lila Maidan charging Rs 50,000 per day, and that too with inadequate sanitation facilities. No viable alternative to Jantar Mantar has been provided despite assurances by the government to Delhi High Court. Ironically, the Defence Minister on assuming charge had stated that her priorities would be Armed Forces preparedness, ‘Make in India’ and welfare of soldiers and their families.

Armed Forces preparedness can hardly be addressed without defining a national security strategy and getting military professionals into the MoD – the process for which is nowhere in sight. Make in India is yet to take off in the real sense. If cancellation of the ‘Spike’ deal in face of the visit of the Israeli Prime Minister is not considered a faux pas, relying on the DRDO (not private industry in collaboration Israel) to produce substitute does create apprehensions in terms of quality and time frames, given the track record of DRDO. Sure we must applaud the successful test of the AAD (Advanced Area Defence) Interceptor Missile on December 28, 2017, that followed a series of tests since March 15, 2010. But whether the AAD can down the already successfully tested Hypersonic Glide Vehicle (HGV) DF-17 that glided and “skips” through the earth’s atmosphere at incredible speeds is debatable. Obviously we have much catching u to do.

But on the welfare front of soldiers and their families, the government certainly appears to continue in reverse gear. Despite successive Defence Ministers claiming they have the welfare of Armed Forces and their families, martyrs, disabled, and veterans at heart, how is it that the martyrs, widows and disabled continue to fight prolonged legal battles to get their dues and pensions including disability pensions? Between 2014 and 2016 there were 794 appeals filed against soldiers for disability pension alone by the Department of ESM Welfare (DESW). These would have only gone up in 2017.

Successive political parties have made pre-election announcements about separate pay commission for Armed Forces / Armed Forces representation in CPC’s, but these election gimmicks notwithstanding, no Defence Minister has had the gumption to ensure veteran representation in the DESW, despite latter taking cynical pleasure in dragging next of kin of martyrs and disabled to court. Is the intention to let the bureaucracy continue to rule the roost? One set of Service Chiefs refused to implement the 7th CPC since it had placed the Armed Forces below the Central Armed Forces and even the police in terms of allowances. MoD simply waited for these Chiefs to retire and then issued the implementation instructions itself, which is the prerogative of the Services HQ.

The so-called Anomalies Committee is a Bermuda Triangle in which representations over the years vanish, but then MoD has also suppressed the report of one-man Reddy Commission for OROP past several months. Recently, Admiral Sunil Lamba, Naval Chief and Chairman Chiefs of Staff Committee, Punjab Chief Minister Captain Amarinder Singh, General VK Singh, MoS (Defence) and Rajya Sabha MP Rajeev Chandrasekhar appealed to the Defence Minister to reverse the government decision to cap the educational reimbursement for children of the martyrs.  Earlier, there was no ceiling on funds for education till graduation for children of martyrs and disabled, number of such children being not more than 33,000. The 7th CPC capped educational expense to Rs 10,000 per month for children of martyrs.

Admiral Lamba also stated that “this small gesture would assure the families of our brave women and men that the nation cares for them and their sacrifices are truly appreciated by the government.” Punjab Chief Minister Captain Amarinder Singh pointed out that the government decision to cap educational expenses paid to children of martyrs would reportedly impact around 32,000 students in various institutions while saving the Union Government mere Rs 4 cr annually. He called for an immediate review and revocation of the decision, which he said was “immoral” and “unprincipled”. What has been missed out in the media is that the concerned backdated MoD letter was issued after the affected children had already commenced the present educational term. But the government has refused to reverse the monthly cap of Rs 10,000, quoting the 7th CPC.

What an irony where a Member Parliament has a monthly allowance of Rs 15,000 for his mobile expenditure only and the Chief Secretary Chhattisgarh replies to an RTI that government footed the Rs 11 cr bill for the Chief Minister’s spouse being medically treated abroad – treatment that is very much available in India. The mere fact that the Armed Forces have to appeal on behalf of martyred soldiers indicates that governmental pronouncements concerning welfare of ESM and their families go little beyond superficial rhetoric. Obviously, how all this affects the morale of troops is of little concern to the government. Little wonder why former Army Chief, General VP Malik had stated in Goa last year that Armed Forces are no more the preferred career option.

One thought on “Armed Forces Suicides, Welfare and Morale”