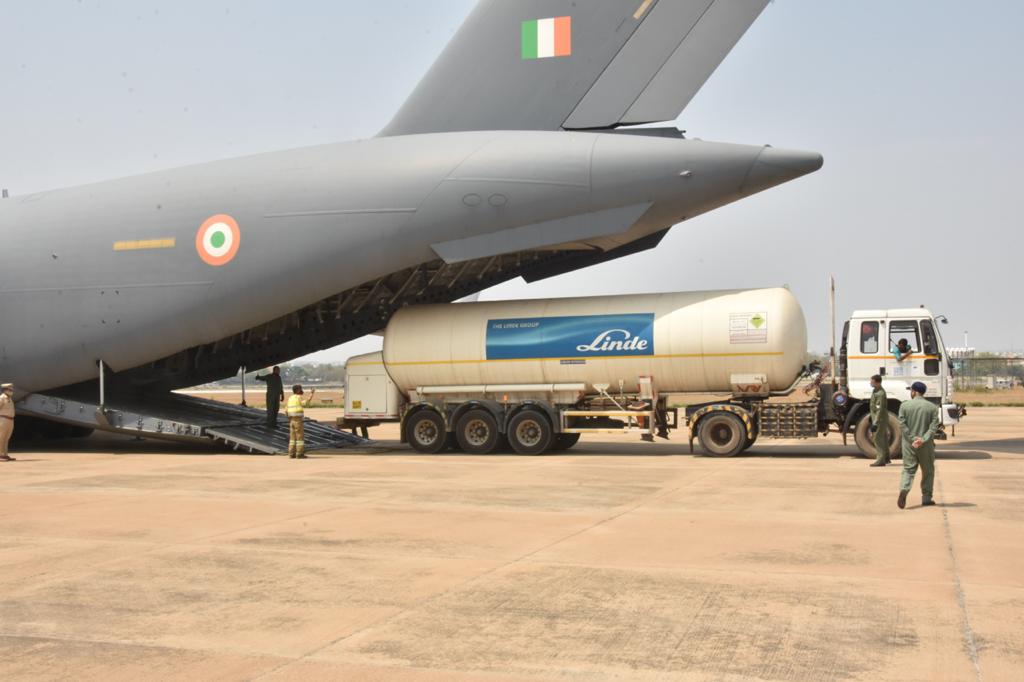 India is facing a war-like situation which requires cumulative national effort to defeat the enemy. The second wave of Covid 19 has engulfed the nation. The number of cases is growing exponentially thus leading to a virtual surge. While the scientists are still struggling with the data to determine the cause of the surge, latest reports have indicated the arrival of a new variant. Though the data is limited to claim with certainty, the enemy in this case is believed to be B.1.617, the viral variant known to have far more than two mutations, but is often called the “double” mutant because it shares concerning mutations with other types. Including those first spotted in UK, California, South America and Brazil. It is yet to be established whether the variant is more transmissible, or more resistant to vaccination, than other types.The net result is the burden put on our already overstretched health infrastructure and the overworked frontline warriors with increasing demand of hospital beds and oxygen.

The latest surge which began last month, has come during a “delicate phase” – at a time when the health care system had begun to show the signs of exhaustion from a year long battle against the pandemic. As the green shoots began to emerge in the nation’s economy and the news of arrival of two indigenous vaccines brought smiles on the peoples’ face, the second wave arrived with vengeance. The heartbreaking surge came suddenly and is much deadlier than the first wave, creating enormous pressure on already overstretched health infrastructure. The number of death cases has risensuddenly and alarmingly as the hospitals reported shortage of oxygenated beds and the system was unable to supply enough supplemental oxygen to meet the demand. Coupled with this was the depleting strength of frontline warriors either due to fatigue or as a victim of the deadly virus. A picture of gloom rather than hope is being painted through different media. Certain decisions by the government and wrong prioritization of events have given enough ammo to the opposition to shoot down the government. In doing that, crucial time is being lost to form a comprehensive strategy to combat the emerging threat unitedly.

When the nation is in such a dire state, can its Armed Forces remain a mute spectator? No doubt, the armed forces are operationally committed and deployed to ward off any threat to nation’s territorial integrity as well as the internal security threats yet as the last bastion of the nation, the armed forces had to come forward to join the national battle against the virulent second wave. The Indian Armed Forces take pride in being an object of envy of many at home and abroad for their efficiency and professionalism. They have never failed the nation having delivered every single time when called upon. With such a reputation to guard, the Indian Armed Forces have joined the Covid war. The growing demand of army assistance and murmurs of handing over the Covid management to Army, speaks volumes of the faith our people repose in the Armed Forces. An appeal has also been made to the ex-servicemen to voluntarily rejoin the national effort.

Ministry of Defence (MOD) under which the Indian Armed Forces function lost no time in announcing the deployment of additional military medical and logistics resources to aid government health authorities.

In addition to six quarantine facilities the armedforces had already established at Mumbai, Jaisalmer, Jodhpur, Hindon, Manesar and Chennai, the military has been tasked to make available beds in 50 ArmedForces Hospitals across the country to include 42 MHs of the Army, 5 of the Air Force and 3 of the Navy. These AFHs will be designated as “Dedicated and Mixed Covid Hospitals” located at places like Kolkata, Visakhapatnam, Kochi, Dundigal(nearHyderabad), Bengaluru, Kanpur, Jaisalmer, Jorhat and Gorakhpur. It needs to be kept in mind that the military has the onerous responsibility to provide medical care not only to its serving personnel but the clientele also includes their families and dependents as well as the ex-servicemen and their families and dependents. Though there is a little resentment among the ex-servicemen community but in the larger national interest at the time of grave medical emergency, the decision by and large has been welcome.  The civilian patients can be moved to these facilities by the local medical authorities after ascertaining bed availability at these facilities.

So far, 8500 doctors and paramedical staff and nurses have been deployed on Covid duties as per the Chief of Army Staff Gen Naravane. In addition, the Armed Forces Medical Services have extended the service of Short Commissioned Medical Officers, recalled the personnel retired in the last two years and also appealed to others to make themselves available astelemedicine consultants. Many ex-servicemen have voluntarily agreed to help run oxygen plants and covid related helplines. The premises of Army Schools have been made available to build quarantine centres or Covid Hospitals.

The Indian Air Force was quick to press into service its heavy lift resources for ferrying of much needed oxygen from abroad and within the country. While the Indian Railways ran “oxygen express” on land route, the Indian Air Force used the aerial route to cut down time in overcoming the criticality of oxygen supply.

One IAF Chinook helicopter and one AN- 32transport aircraft took COVID testing equipment from Jammu to Leh and from Jammu to Kargil, respectively. The equipment consisted of Bio Safetycabinets, centrifuges and stabilisers. These machines have been made by the Council of Scientific and Industrial Research (CSIR) and now given to UT of Ladakh to enhance testing. The Air Force Chief also met the Prime Minister and re-affirmed commitmentof IAF to meet all the emerging needs in a professional manner.

The Indian Navy also joined the national effort by providing logistics support for transporting oxygen containers from abroad as well as within the country between places of consumption and production. While IAF carried out several sorties ex Singapore, Bangkok, Dubai and within the country, Indian Navy as part of operation ‘Samudra Setu 2’, has deployed seven Indian Naval ships including Kolkata, Kochi, Talwar, Tabar, Trikand, Jalashwa and Airavat for shipment of liquid medical oxygen-filled cryogenic containers and associated medical equipment from various countries. The Navy and the Air Force have also supplied nearly 500 portable oxygen cylinders from their stores to various civilian hospitals in the country. Navy has also trained and deployed 200 Battle Field Nursing Assistants in various civil hospitals.

INS Kolkata and INS Talwar, mission deployed in Persian Gulf, were the first batch of ships that were immediately diverted for the task and entered port of Manama, Bahrain on 30 April this year. INS Talwar, ferried 40 Metric Tonne Liquid Medical Oxygen.

INS Kolkata has proceeded to Doha, Qatar for embarking medical supplies and will subsequentlyhead to Kuwait for embarking Liquid Oxygen tanks.

The Indian Navy has also launched the mission OXYGEN EXPRESS in order to render support to the local administration of the Union Territory of Lakshadweep and other far-flung island territories.

The combined efforts of the Armed Forces to aid anti-COVID-19 efforts, like strengthening medical infrastructure and oxygen supply chains, as well as take measures to ensure mental wellbeing of people has been named as Operation “CO-JEET” and is being supervised by a lady General officer of the Armed Forces Medical Services.

It needs to be acknowledged by the civilian leadership that the Armed Forces also have finite resources and their over deployment should not affect their operational efficiency. It will also have to be kept in mind that in case the pandemic blows out of proportion, there may be a threat of deteriorating social stability and security requiring boots on ground to maintain law and order. Such a contingency will need to be factored in while deploying the resources of the armed forces.