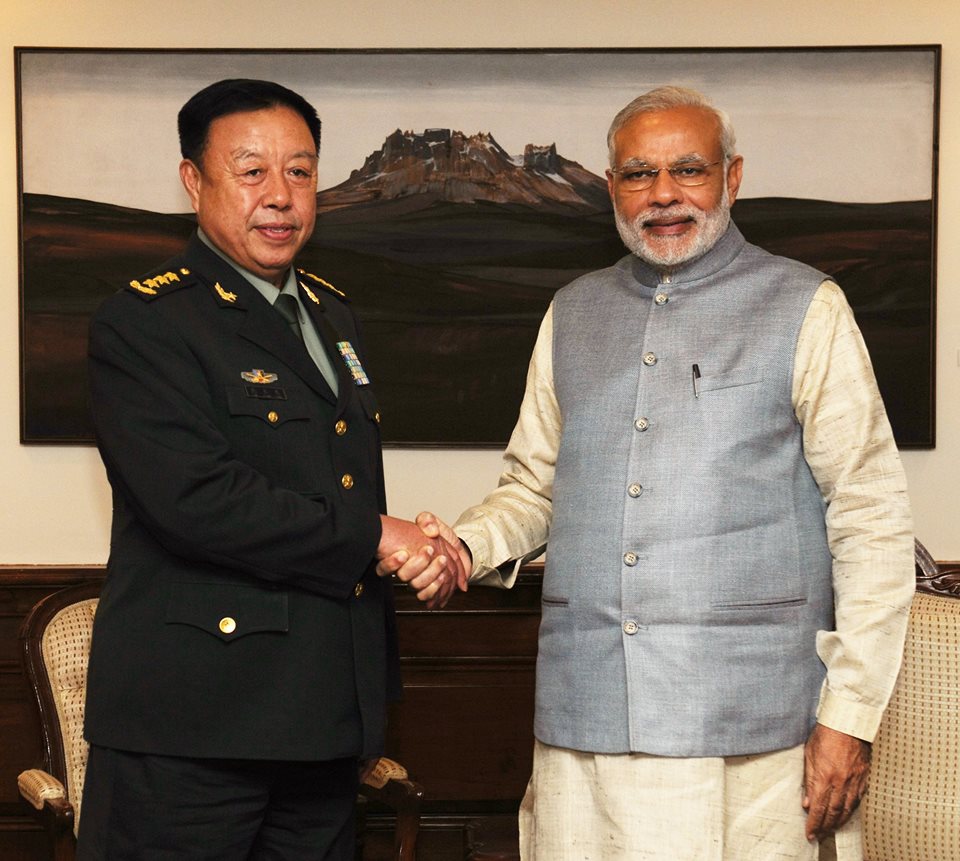 “Pakistan is also a victim of terrorism. In the past few years, Pakistan has been fighting terrorism with a lot of casualties,” he affirmed.

Let us not forget that General Fan’s delegation had earlier visited Pakistan.

Rear Admiral Guan also asserted that Pakistan has in the recent “past started a military operation to fight terrorism with positive achievements.”

Was the Admiral speaking seriously?

When asked how China’s ‘all-weather friend’ can be a ‘victim’ when it harbours and uses terrorists, Guan answered, “China will continue to support Pakistan’s efforts in fighting terrorism, especially in fighting the Eastern Turkistan Islamic Movement.”

Why to mention only this nebulous Uyghur group which, according to Beijing, has been involved in terrorist acts in Xinjiang?

“There should not be any double standards,” said the Admiral.

This is China’s position on terrorism.

He added that when there is a dispute, “China always stands for negotiations directly between states in the South China Sea region. China does not agree with the interference of countries outside the region in this issue.”

Guan also asserted that as China opposes terrorism in any form, his country will work towards deepening counterterrorism cooperation with India.

At the time of Paris’ terrorist attack

The words of Admiral Guan sound weird a few days after Paris witnessed the worst terror attack in France’s history: some 129 people were killed and more than 350 injured.

How can China give a certificate of good conduct to Pakistan, the terrorist state par excellence?

To understand Beijing’s mindset, one should read an article which appeared in the China Tibet Online.

It is entitled: “Ugliness of western politicians in contrast to Xi Jinping’s message of condolence”.

The author however continues: “In contrast to Xi Jinping’s message of condolence, western politicians reacted differently to the violent terrorist incidents taking place in China.”

It then refers to the unrest in Tibet in 2008 and assimilates the events in Paris with what happened in Lhasa and other parts of Tibet in the Spring of 2008. The article asserts: “The March 14 Lhasa riots: French politicians were the most heartless!” 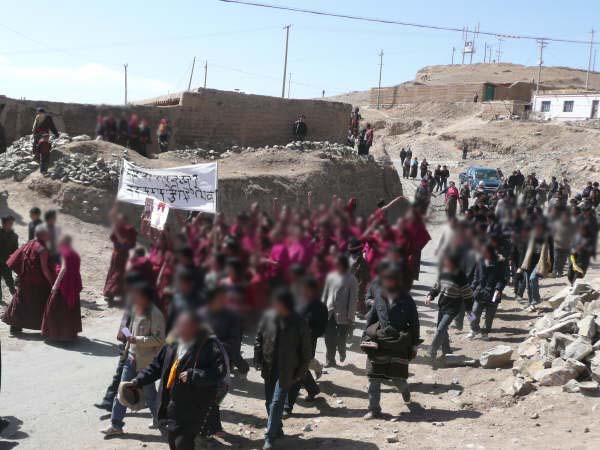 Demonstration in Tibet in 2008

After giving its own version of the incidents which occurred on the plateau, the website explains: “After the incident, the United States, Britain, Germany, France and other countries, didn’t have the slightest sympathy for the victims [read the Han population in Tibet], nor express the slightest condemnation against the terrorists.”

The article quotes the then US presidential candidate Barak Obama: “We express concern and condemnation towards the Chinese government’s repression and arresting of demonstrating monks. We urge the Chinese government to respect basic human rights in Tibet and to account for the whereabouts of the detained monks.”

Nancy Pelosi, the Speaker of the House of Representatives, who was recently in Tibet, committed the worse crime for China: shortly after the unrest had taken place, she visited the Dalai Lama in Dharamsala and expressed “her support for a non-violent stance and calling for the establishment of an international independent investigation into finding out the truth.”

The German Chancellor Angela Merkel is supposed to have said: “We are very concerned about developments in Tibet,” while the German Foreign Ministry called “for no further escalation of the violence and for a peaceful solution.”

China Tibet Online said that French President Sarkozy called “for China to exercise restraint and to solve the problem through dialogue. He said France is willing to resume talks with the Dalai for Beijing, but would not rule out boycotting the Olympics opening ceremony.”

Australian Prime Minister Kevin Rudd and the Parliament of New Zealand are also quoted. The latter passed a resolution saying: “We strongly support Tibetan people’s rights to peaceful demonstration and urge the Chinese government to react cautiously and carry out meaningful dialogue with Tibetan representatives.”

And the most heartless for Beijing was President Sarkozy who dared speaking about the boycott of the Beijing Olympics opening ceremony.

It is clear that the definition of ‘terrorism’ is not the same in Paris and in Beijing.
It was so in 2008, it remains so today.

The article on the official China Tibet Online concludes: “The message of condolence highlights China’s position and generosity.”

It says: “Opposing all forms of terrorism has been China’s position all along. In line with France and the international community, strengthening security cooperation, combating terrorism together and safeguarding the security of the people – these are the resolutions and desires expressed in Xi Jinping’s message of condolence.”

Beijing just forgets that Tibet was a peaceful independent country when the PLA walked into Eastern Tibet in October 1950.

Their objective was to ‘liberate’ the Tibetans, when they don’t agreed to be ‘liberated’, force was used by China.

Now, they have become ‘terrorists’ for resisting their own ‘liberation’.

Speaking of ‘terrorism’ in the case of the Tibetans, will not solve the issue.

It however shows that there is long long way to go to find a common ground to define ‘terrorism’ amongst nations, especially with authoritarian states such as China.

In the meantime, Colonel Santosh Mahadik was killed in a gun battle with militants in Kupwara district of Jammu and Kashmir.

The 38-year-old Mahadik is the second Commanding Officer (CO) to die in a terrorist encounter this year.

Col Mahadik, who belonged to the 41 Rashtriya Rifles was chasing heavily-armed terrorists, who had infiltrated across the LoC.

Can China say that Pakistan is the victim? 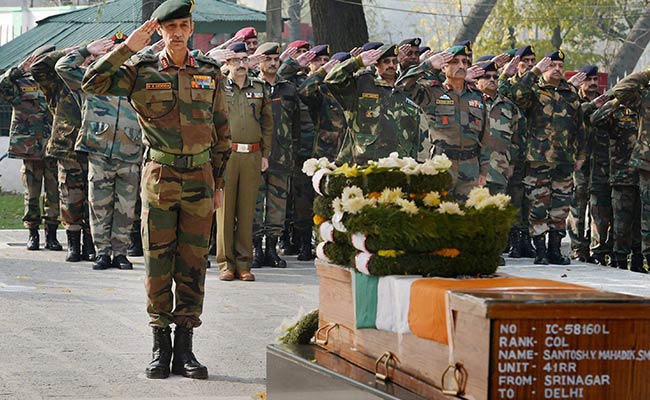