Home  >  News  > Military & Aerospace  >  Are the Days of the Manned Combat Aircraft Numbered?

Are the Days of the Manned Combat Aircraft Numbered? 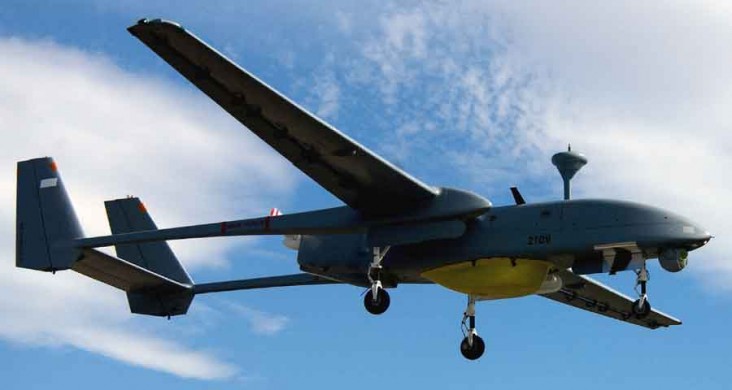 UAVs are now making headlines as they are increasingly employed for missions that were hitherto the domain of manned aircraft. UAVs are perceived to offer two main advantages over manned aircraft – they eliminate risk to a pilot’s life and are arguably cheaper to procure. Ubiquity – one of the traits of the manned fighter now seems to have been gradually taken over by the UAV. So the question now arises – Will the UAVs and UCAVs take over the roles of the manned combat aircraft?

On December 23, 2002, a Predator Unmanned Aerial Vehicle (UAV) launched a Stinger air-to-air missile at an Iraqi MiG before being shot down by the target enemy aircraft giving rise to the speculation that armed UAVs or Unmanned Combat Aerial Vehicles (UCAVs) could play a significant role in counter air operations in the future.

Manned platforms and satellites are the two competing systems for UAVs in the regime of ISR missions.

Traditionally, the role of UAVs has been restricted to Intelligence, Surveillance and Reconnaissance/Target Acquisition (ISR/TA). However, recent events have extended these into new missions such as armed reconnaissance and Special Operations support. The Predator is the first UAV to add a strike mission to its repertoire, stalking and striking Taliban and Al-Qaeda outposts in Afghanistan and Yemen. It carried out successful strikes in Operation Iraqi Freedom in March 2003 wherein it was used to feed imagery to AC-130 Gunships and Special Operations teams on the ground.

UAVs are now making headlines as they are increasingly employed for missions that were hitherto the domain of manned aircraft. UAVs are perceived to offer two main advantages over manned aircraft – they eliminate risk to a pilot’s life and are arguably cheaper to procure. Ubiquity – one of the traits of the manned fighter now seems to have been gradually taken over by the UAV. So the question now arises – Will the UAVs and UCAVs take over the roles of the manned combat aircraft?

The UAV made its first appearance in the battlefield as the V-1 in World War II. After a prolonged lull, during the Vietnam War, it reappeared to save the lives of pilots flying reconnaissance missions on fighter aircraft. It was then ingeniously employed by the Israelis for Intelligence, Surveillance and Reconnaissance (ISR) in the Lebanon War where it was reported to have located the Syrian missile batteries and designated them for destruction. However, the Iraq War in the early nineties witnessed expansion of its role to include strike missions. 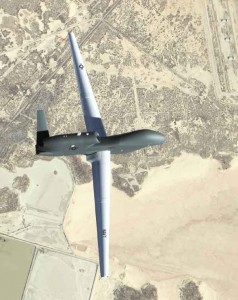 In future wars, UAVs are likely to play a key role in missions commonly categorised as “dull, dirty and dangerous”. Dull missions include those that require hovering over an area for long durations, beyond the capability of manned fighters. Dirty missions include reconnoitring areas contaminated with radiological, chemical or biological agents. Dangerous missions include high-risk missions such as Suppression of Enemy Air Defences (SEAD) with less need for supporting aircraft. The US and Israel are at the forefront of development of the UAV and its operational deployment.

During the Vietnam War, photos provided by the Ryan 147 Lightning Bug, a reconnaissance UAV, revealed the precise location of Surface-to-Air Missile (SAM) sites, enemy airfields, ship activity in Haiphong Harbour and enabled Battle Damage Assessment (BDA) – intelligence which may otherwise have been obtained by placing manned aircraft in harm’s way. In Operation Desert Storm, Israel’s Pioneer UAV contributed to the tactical successes of the US Navy and Army by playing an important role in target designation, damage assessment and reconnaissance. In Afghanistan, the Global Hawk was utilised for reconnaissance prior to strike missions and for post-strike BDA. The Predator was used in Afghanistan to feed imagery to AC-130 special operations gunships as well as to the forces on the ground. Although the Global Hawk accounted for only five per cent of intelligence missions flown during Operation Iraqi Freedom, it provided 50 per cent of the information on time-sensitive targets.

UAVs are capable of a longer loiter time, are smaller and stealthier than manned platforms.

Manned platforms and satellites are the two competing systems for UAVs in the regime of ISR missions. In spite of their capability of providing a significant improvement in information gathering, UAVs suffer from some limitations.

Large manned aircraft such as the Airborne Warning and Control Systems (AWACS) and Joint Surveillance Target Attack Radar Systems (JSTARS) have limited manoeuvrability and self-defence capability even while carrying sensors with high-definition television standards, foliage-penetration radar with hyper spectral imagery, synthetic-aperture radar and moving-target indication mode to track targets in all types of terrain throughout the entire spectrum of military operations. This sensor technology, though available in the Global Hawk, is still not mature enough to perform the complex battlefield management or command and control functions handled by the AWACS and JSTARS personnel. Due to their inability to absorb, analyse and process data, UAVs cannot process and relay the same quantum of data as an actual pilot in the cockpit can. A pilot can improve his performance though accumulation of experience and maintain a high degree of Situational Awareness (SA). Hence, given the current level of technology, UAVs cannot completely replace AWACS and JSTARS manned aircraft in ISR missions.

A new version of the armed Predator UAV called Predator B is slated to have the capability to carry eight Hellfire missiles.

Manned missions provide high-resolution data and are extremely flexible in adapting to multiple-mission scenarios. Their primary limitation is their loiter time. UAVs, on the other hand, are capable of a longer loiter time, are smaller and stealthier than manned platforms, are less costlier to procure, operate and support besides keeping pilots away from risk. The use of the Global Hawk, Predator and JSTARS systems, which are both unmanned and manned platforms, was the key factor behind the shattering of the Republican Guard and the success of the Scud-suppression campaign in Western Iraq during Operation Iraqi Freedom. It is possible that in future, UAVs will be faster and more manoeuvrable. However, there will be trade-offs as higher performance creates penalties for loiter time, one of the most important assets of unmanned aerial platforms.

UAVs have a major advantage over satellites. Apart from being cheaper, their flight paths and coverage are easier to alter. Moreover, they provide a comparatively cost-effective method of collecting ISR. UAVs have an additional advantage of possessing the capability to fly closer to the target. However, the major drawback with UAVs is their lack of SA. This weakness can be overcome by integrating UAVs with reconnaissance satellites. Another option could be to station the mission control aboard a stand-off aircraft within line of sight thereby decreasing dependency on satellites and obviating the need to control the UAV by ground mission control thousands of miles away. The autonomous UAVs will also require less bandwidth as more data will be processed onboard the stand-off aircraft.

Mini/Micro Unmanned Aerial Vehicles (MAVs) have tremendous potential for ISR operations in the battlefield. With the ability to be operated by individual soldiers for local reconnaissance, MAVs integrated with a high-flying UAV will circumvent the need to develop foliage-penetration sensors. They will be effective in urban operations, which may require stealthy airborne vehicles closer to the ground. At sea, MAVs can also be deployed from ships to counter maritime terrorism.

The manoeuvrability of UCAVs could vastly exceed that of manned aircraft.

They may also be operated in a hostile environment to detect personnel equipped with shoulder-fired missiles to target aircraft. MAVs can play an important role in real-time detection and analysis of biological or chemical agents in an infected environment. They are also likely to be very useful in humanitarian missions such as search and rescue during natural or man-made disasters.

The way forward is to integrate manned, unmanned and satellite-based sensors in order to attain an integrated operational picture of the battlefield. Development of software to integrate data provided by these three platforms will be crucial to future ISR operations where the information collection system is likely to be based on space assets providing wide-area surveillance at a low level of resolution with manned and unmanned vehicles performing detailed monitoring.