Anti-Naxal Operations: How not to Fight a Guerilla War! 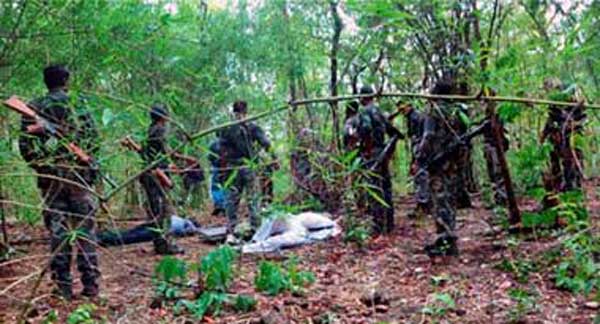 The April 4, 2021, attack by Naxalites in Sukma district of Chattisgad resulted in 22 Policemen being killed. As per early reports around 400 Naxalites executed an ambush on a section of divided police force of around 1100. The ambush site was in open area and not thick jungles.

This raises several ‘Red Flags’. Why was the route in and out not sanitized? How did the Naxals gather in such a strength and were not detected by drones, satellite imagery, local human intelligence or tactical patrols? Why did the villagers living nearby flee before the action-due to fear of Naxals or as supporters?

This is not the first ‘spectacular’ strike by the Naxalites. In 2017 in a similar strike in April equal numbers of policemen were killed. Why reaction in general and media in particular is muted; whereas a similar attack in Kashmir in 2019 led to an air strike on Balakote camp in Pakistan. In anti Naxal operations we have even prohibited any close support by armed helicopters.

But the biggest weakness is at the top in the Home Ministry. The guerrilla war launched by Naxals is treated as a law and order or socio-economic /political problem. The mention of the military dimension is regarded as not Politically Correct. Thus while the CMPF (Central Para Military Forces) that are basically a riot control force are dressed in soldier’s fatigues and play ‘war -war’ games with fatal results.

Even more worryingly, with their revolutionary rhetoric and fake claims to champion poor tribal’s rights, the Naxals have succeeded in creating an impression of being do-gooders, both within the tribals and entrenched left leaning media circles and their urban counterparts. Muted reactions (no cries of ten heads for one) to killings of policemen by Naxals is a testimony to the strength of the leftist echo system in media and ‘celebrations’ in some left stronghold university as in April 2017. The governments at the state and centre have failed to build public opinion against the Naxal’s attacks on infrastructure, schools, and hospitals as well as blowing up of bridges and electricity installations-all of benefit to tribals. Naxals have a vested interest in preventing economic development of the tribals and seem to be succeeding in it.

We also seem to have forgotten our own historical experiences. The Telangana revolts in 1947-48 was put down by using the army. Lt. General JFR Jacob in his memoirs has revealed how it was the Indian Army that finished the Naxal menace in 1970-71, though the operations were kept strictly off the books. The insurgents using tactics of guerrilla war in Nagaland, Mizoram, Manipur, Assam and Kashmir were/are tackled by the army and NOT CPMFs, though they did/do play a supportive role.

The Indian Army has in the past expressed its reservations on getting involved in anti-Naxal operations. There is sound reason for it. With the live borders with Pakistan and China and full blown insurgency in Kashmir, the army’s hands are full. The burden of bulk of these tasks falls on the infantry that is overstretched to say the least. Army is also painfully aware that once it gets involved the commitment could escalate in time, space, numbers and tasks.

But there are several creative limited interventions that the army could do to bolster the fight. As a start, appointing or ‘loaning’ a counterinsurgency specialist as advisors to CMPF could be a good first step. As someone who has dealt with this issue for three decades, one could suggest several practical measures. These are not for public discussion for obvious reasons. At a personal level it is painful to have been never consulted by own country ‘babus’ when the British had no qualms in seeking my views! Author has been interacting with the army all this while at various levels but has never had the privilege (?) of entering the North Block!

Study of multiple insurgencies have shown that the first vital step is to create a situation or at least perception of a situation of ‘no win’ in the minds of the adversary (hard core, sympathizers and fence sitters). A mix of physical and psychological means need to be used to achieve this. Only AFTER this first step one should try other measures like the much touted mantra of WHAM (winning hearts and minds).