An Analysis of China's White Papers on Defense 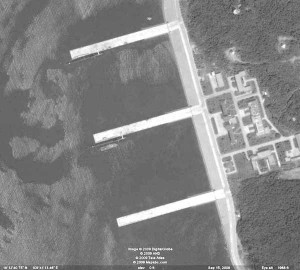 But once again no specifics are mentioned, not even about the fielding of the new DF-31 and DF-31A intercontinental-range missiles which have greatly enhanced Beijing’s strategic strike capabilities.

Transparency has some limits in China.

Morever not a word has been said to explain the anti-satellite (ASAT) test in January 2007, though Beijing is aware that it marked a major turning in Sino-U.S. military relations.

Another issue which led to the deterioration of the US-China relations was the last minute denial of entry into Hong Kong of the USS Patriot and USS Guardian, two small mine sweepers, seeking temporary bad-weather refuge in the Chinese port and a day later, the refusal for the USS Kitty Hawk to anchor in Hong Kong harbor. Even if the PRC subsequently reversed its decision, it was too late and the harm was done.

The WP does not give any details on the new Chinese destroyers, frigates, submarines and warplanes that have greatly improved the PLA Navy capability as a regional power.

The building of an aircraft carrier is also not mentioned in the WP.

The US Report on the Military Power of the People’s Republic of China confirms what is known in defense circles: “China has an active aircraft carrier research and design program. If the leadership were to so choose, the PRC shipbuilding industry could start construction of an indigenous platform by the end of this decade.”

In China, transparency is still a limited commodity.

A senior Pentagon official affirmed that a US oceanographic ship was 70 miles south of Hainan Island conducting routine operations in international waters when some Chinese ships approached: “We view these as unprofessional maneuvers by the Chinese vessels and violations under international law to operate with due regard for the rights and safety of other lawful users of the Ocean.”

The U.S. Navy collects data on submarines and seafloor “to improve its ability to detect the submarines in peacetime and more efficiently hunt them in case of war”.

Soon after the incident, Hans Kristensen posted an article, US-Chinese Anti-Submarine Cat and Mouse Game in South China Sea in the Federation of American Scientists Strategic Security Blog.11 He wrote that the incident “appears to be part of a wider and dangerous cat and mouse game between the U.S. and Chinese submarines and their hunters.”

The U.S. Navy collects data on submarines and seafloor “to improve its ability to detect the submarines in peacetime and more efficiently hunt them in case of war”.

Kristensen explains that the USNS Impeccable has the important military mission of using its array of both passive and active low frequency sonar arrays to detect and track submarines.

The US ‘civilian’ ship was probably monitoring the Shang-class SSN, the new class of Chinese submarines which will soon replace the old Han-class. The Shang-class submarines were recently spotted at the nearby Yulin base.

The incident shows that despite the new image of a ‘Peaceful Rise of China’ promoted by President Hu, Chairman of the CMC, the Chinese forces can still be very aggressive and do not care much about international laws when their national interests are at stake.

When it comes to the security threat facing China, the WP does not hesitate to admit: “Being in a stage of economic and social transition, China is encountering many new circumstances and new issues in maintaining social stability. Separatist forces working for ‘Taiwan independence,’ ‘East Turkistan independence’ and ‘Tibet independence’ pose threats to China’s unity and security.”

Though these three above threats cannot be put into the same category, it is necessary to say a few words about Tibet.

The March-April 2008 unrest on the Tibetan plateau demonstrates one of the weaknesses of Beijing’s defense set-up. Due to deep resentment against the Chinese migrants and the People’s Armed Police Forces (PAPF)12,the local population in Tibet took to the streets. The Chinese authorities immediately accused the Tibetans of “hitting, smashing, stealing and burning”. The ‘Dalai’s clique’ was blamed for the incidents. The repression was ferocious; more than 200 Tibetans were killed.