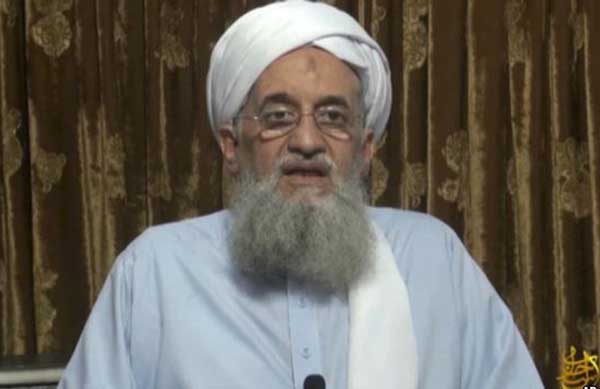 Immediately post Ayman al-Zawahiri announcing establishment of an India Wing of Al Qaeda, prompt came a US media report quoting US counter-terrorism expert Bergen that there is no evidence of Al Qaeda presence in India. Interestingly, link to this news report was pasted on Twitter by a Pakistani national with the comment that other similar US experts had said not long back that there is no ISIS in Syria. Al-Zawahiri’s video broadcast was reportedly from a location close to the Af-Pak border, most likely inside Pakistan. With the hospitality extended to Osama-bin-Laden, there is no reason why al-Zawahiri would not be lodged in a ‘safer’ safe house than what Laden had.

Experts question the video message of al-Zawahiri; some speculating this could be on ISI instance to divert attention from an imploding Pakistan, others feeling it would not be easy for Al Qaeda to establish in India.

Al-Zawahiri said it had taken two years to unite various Mujahideen groups in India, while nominating Asim Umar, a Pakistani radical Al Qaeda’s South Asia head. Shaped in radicalized seminaries and madrassas of Pakistan, Asim Umar distinguished himself by facilitating Osama-bin-Laden’s covert move to the safe-house in Abbotabad till Seal Team 6 killed him. Umar is tasked with Al Qaeda operations from Afghanistan to Myanmar, his mother organization HUJI having cells in Kashmir, Bangladesh and Myanmar.

Al-Zawahiri had earlier warned his fighters against attacking Sikhs, Hindus and other religious groups, saying Al Qaeda’s only interest in India was Kashmir. But in recent times Sikhs are being forced to flee Afghanistan and being killed in cold blood in Peshawar right under the nose of Imran Khan’s Pakistan Tehreek-e-Insaaf (PTI) that came up with radical support. Not very long back Imran Khan himself was voicing support for rule of Sharia – read Islamic Caliphate, not democracy.

Recently, a report by Dean Nelson in the Telegraph said the newly formed India Wing of Al Qaeda attacked what they believed was an American aircraft carrier with the intention of taking it into custody, but instead found a Pakistan Navy frigate and suffered three killed and four captured dismally failing in the attempt, while two Pakistani navy guards were wounded. This is unlike Al Qaeda operations. Why would the India group strike a Pak frigate so poorly in Karachi when al-Zawahiri has access to the ISI directly as well as through the Haqqani Network? Besides it is known that Al Qaeda had trained its fighters with the Sea Tigers of LTTE years back and as early as 12 October 2000 had undertaken suicide bombing of US Navy’s guided missile destroyer (USS Cole) killing 17 US sailors, injuring 39 and creating a 40 feet by 60 feet gash on port side of the ship.

The report emanating from Islamabad in the Telegraph was likely mere ISI propaganda, reinforced by another contradictory report two days later that the Pakistani frigate had actually been seized by Al Qaeda fighters.

Would it not be outright stupid to ignore this (PFI) Al Qaeda base which is lying dormant perhaps in accordance with an overall plan that would be activated at the chosen moment?

Simultaneous to raising Taliban in Pakistan to oust Soviets from Afghanistan, the US-Saudi-ISI nexus also raised Al Qaeda in Afghanistan for the same reason, as admitted by Hillary Clinton. It is well known that despite the show of killing Osama-bin-Laden, the US has been using Al Qaeda against Libya, Syria and Iraq, and that the ISIS itself is a creation of the US-Suadi Arabia nexus targeting Syria, Iraq and ultimate objective being Iran. Experts question the video message of al-Zawahiri; some speculating this could be on ISI instance to divert attention from an imploding Pakistan, others feeling it would not be easy for Al Qaeda to establish in India. But would SIMI and IM not be more than ready to do Al Qaeda bidding because of radical ideology and just the money? With tons of narcotic finances, when Afghan Taliban help TTP financially, why would they not fund Al Qaeda operations in India with al-Zawahiri reiterating support for Mullah Omar?

But besides IM, SIMI and HUJI cells what other connections Al Qaeda has in India? Around 2008-2010, a number of media reports emerged about Popular Front of India (PFI) with photographs of armed cadres in combat dress and terrorist training camps running in forested areas in Kerala. These reports citing R&AW indicated Al Qaeda, Taliban and LeT links with PFI for past several years. One report stated in October 2008, four LeT recruits of PFI killed in Kupwara trying to exfiltrate to POK and that as per R&AW, PFI radicals were going to Pakistan since 1992.

The mysterious part is that all these reports have been defaced from the internet including an explicit one titled ‘Jihad’s Southern Outpost’ published in The Pioneer on 15 July 2010, revealing: ample evidence of ISI operating in Kerala going back to early 1990s; raid on house of Mansoor, PFI (formerly the NDF) leader of Ernakulam seizing publicity material with unmistakable link to Taliban and Al Qaeda – plans to monitor naval preparedness at Southern Naval Command and sneaking into defence exhibition at Kochi naval base to collect information; economic terrorism in Kerala including smuggling in fake currency worth crores; armed Pakistani national and Al-Badr coordinator with Kerala roots arrested in October 2006 with accomplice who reportedly helped LeT’s South India commander Thadiyantavide Nazeer in the Bangalore bombing of 3rd March 2006; raid at Mansoor’s house yielding documents that spoke of huge sums of money being pumped into the PFI from abroad; recovery of disgusting campaign material of Al-Qaeda-Taliban from another PFI leader, Kunjumon – CDs containing terrorists executing those sentenced by Al Qaeda and Taliban Islamic Courts – decapitation of girls and women and repulsive mutilation of their bodies amidst cheering radicals, and; on 4 July 2010, PFI radicals cutting off right arm of a college professor at Muvattupuzha. All this indicates a larger conspiracy.

Chief Minister Gogoi recently spoke about Al Qaeda establishing in Assam with ULFA links, which may be a political statement but needs examination…

The only reference to PFI radicalization on the internet is by Wikipedia citing PFI appeal to Kerala High Court against possible government ban as a terrorist organization and the Court absolving them of Al Qaeda links, which is hardly surprising considering involvement of Kerala state politicians. Would it not be outright stupid to ignore this Al Qaeda base which is lying dormant perhaps in accordance with an overall plan that would be activated at the chosen moment? So much for the western expert of no evidence of Al Qaeda links in India.

Chief Minister Gogoi recently spoke about Al Qaeda establishing in Assam with ULFA links, which may be a political statement but needs examination because: presence of illegal Bangladeshi immigrants in northeast and their recruitment by ISI over past decade plus; Al Qaeda instructors in anti-India terrorist camps in Bangladesh during BNP rule; HUJI cells in Bangladesh and Myanmar, and; China’s support to ULFA and asylum to Paresh Barua and ULFA hierarchy on Chinese soil. It would also be naïve to view Al Qaeda refocusing to South Asia merely because they have been overshadowed in the Middle East by ISIS.

In addition to links with IM, SIMI and PFI, Al Qaeda operations in India should be viewed taking into account – establishment of the ‘Osama Brigade’ in Sri Lanka providing bases to attack India, capture of Sri Lankan radical in South India, open demonstrations in Maldives supporting ISIS with Maldivian military veterans reportedly part of the movement indicating LeT & Al Qaeda ingress in Maldives, latent radical potential in Bangladesh an imploding Pakistan providing total support to Al Qaeda India. Finally, if refocusing of Al Qaeda to South Asia is being engineered by global players, as indeed appears to be the case, operations of Al Qaeda in the region too will be facilitated by the same powers.