Airstrikes wipe out decades of cowardice and humiliation 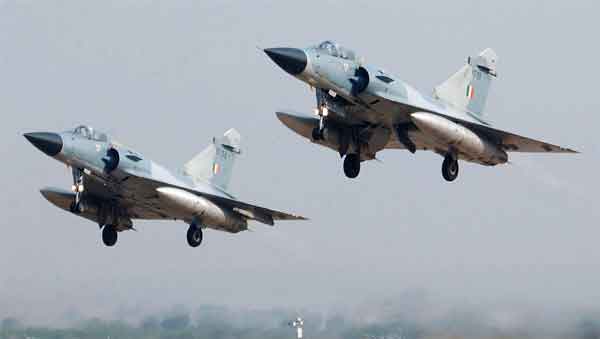 Fast paced events have overtaken the country, quite unprecedented in its post independence historical sweep, such as the devastating air strike on Balakot, the nerve-centre of Jaish-e-Mohammed’s diabolical terror network, in the small hours of February 26.  In one fell swoop, the sledge hammer blows not only pulverized the infrastructure symbolizing extreme hatred and intolerance, but also exterminated the most depraved mass murderers, strutting about as sanctimonious Jihadis. The nation, at long last, wiped off decades of abject humiliation that it had undergone at the hands of the Rogue State and its proxies.

The bold and befitting message delivered by an assertive Indian leadership, after decades of wallowing in self pity and cowardice, has stunned Islamabad, shattering its nuclear bluff in the most dramatic manner.

The bold and befitting message delivered by an assertive Indian leadership, after decades of wallowing in self pity and cowardice, has stunned Islamabad, shattering its nuclear bluff in the most dramatic manner. It also speaks volumes about the superior skills and dexterity of Indian Air Force (IAF) pilots.  Relying on stealth and diversionary tactics, they easily outwitted the entire panoply of Pakistan’s security set-up, placed at the highest levels of alert. They accomplished their mission in a spectacular way, returning home without any loss of life or aircraft.

And what is more, Wing Commander Abhinandan destroyed the much vaunted and ‘more lethal’ F-16 the very next day, with R-73 missile fired from his much older yet upgraded MiG-21 Bison. Eight Fighting Falcons (F-16), four Mirage IIIs and an equal number of Chinese made JF-17s, part of the complement of 24 Pakistani jets, were sent out on a retaliatory mission to destroy military bases in J-K.  But then the eight Indian MiGs, Mirages and Sukhoi 30s, though heavily outnumbered,  swooped down from the skies like hawks, forcing the invaders to flee in panic and disarray.

Abhinandan’s feat, unprecedented in the annals of aerial warfare, rattled Uncle Sam and for once, pulled it off its high horse, bringing laurels to the IAF. Islamabad will now have to reflect a thousand times before embarking on any misadventure against India.  Else it should be prepared for severe consequences. The country has had enough of bloodletting and terror acts. The image of a dignified Abhinandan standing erect and resolute under questioning as a prisoner, helped firm up world opinion against the rogue state and compelled it to return him within 72 hours. But not before the enemy subjected him to mental torture, against all norms of civilized behaviour.

Unfortunately, the rabble rousing political class, tainted by allegations of gigantic scams and money laundering, resort to anti-national sentiments in order to pander to their vote banks.

Although ample evidence is forthcoming from the other side, including a video clip of Masood Azhar’s sibling decrying the multiple deaths of jihadis and visuals of the destroyed locations, dozens of opposition parties are still adamantly questioning the authenticity of the aerial bombardment, paralleling their take on the September 2016 surgical strike. Some of the European news agencies and US based private satellite operators, too, have jumped into the fray, pooh-poohing the IAF version, endorsing their juvenile stand by default. It could well be part of a global conspiracy, based on half truths, to discredit India and make it the butt of jokes. The role of the ISI is suspect, which employs every trick in the book to attack India, with its tentacles reaching deep into regional and global think tanks, NGOs and human rights groups.

Many doubting Thomases in politics, academia and the Lutyens media have come together to habitually slander servicemen, as if it were their birthright, relegating them to a lower category of mortals who ought to be expended as cannon fodder. An English daily’s attempt to taint the Army by alleging a coup bid, under a fictitious front page banner headline a few years ago, demonstrates the sordid depths to which they can sink. Has anyone ever dared to hold the fifth column accountable? Unfortunately, the rabble rousing political class, tainted by allegations of gigantic scams and money laundering, resort to anti-national sentiments in order to pander to their vote banks.  The government is also too inclined to fritter away the solid gains in favour of the status quo, especially after public pressure eases off.

At a time when the nation needs to send a message of resolute unity,   Islamabad could not have wished for a more dependable ally than these perfidious politicians, especially when it is facing global heat for carnage in Pulwama. They are aiding and abetting the Rogue State with their irresponsible utterances and dangerous posturing. Are they not aware of the genocide it had perpetrated on its eastern wing, second only to gassing of Jews in Auschwitz and other concentration camps, besides slaughtering thousands of Indian soldiers in terror attacks? Indeed, these numbers are much higher than the combined toll of Indian soldiers in the four wars fought with Pakistan.

…It is extremely doubtful whether entitled politicians like Chidambaram and Farooq Abdullah would have ever whispered a word against Uncle Sam’s muscular response?

Lately the rogue state seems to have added another sinister dimension to the proxy war. It is visible in hundreds of abusive comments targeting online news reports, highlighting the exemplary role of servicemen in the current scenario. These often emanate from fake email Ids and are signed off as ‘Anonymous’ or with sundry other nondescript names. What makes the whole exercise particularly distasteful is the readiness with which prominent media houses permit such drivel to be posted, including the one that boasts of being “the world’s most widely circulated daily.” Other balanced comments are either smothered or removed from the website.

What if any US soldier lost his life in such jihadi attacks?  The US would have probably pounced on Pakistan and exacted a terrible price. It is extremely doubtful whether entitled politicians like Chidambaram and Farooq Abdullah would have ever whispered a word against Uncle Sam’s muscular response?’ Yet they insist on the necessity of talks, against all canons of logic, in a bid to confer legitimacy and equivalence on the rogue state, even if it becomes instrumental in maiming and killing innocents with impunity.

Thousands die every year in natural calamities and accidents, so goes their pernicious logic. What if some more people lose their lives to suicide bombers? If politicians could have their way, they would have probably gifted J&K to Islamabad on a platter, after toying with the idea of parting with Siachen, aborted by the Army Brass in the nick of time. How can one forget the defiant attack on Parliament, wholesale carnage in Mumbai’s 26/11,  followed by Pathankot, Uri, Baramulla, Handwara, Nagrota, Sukma and many others, all sponsored by terror tanzeems.

One of the most damaging theories doing the rounds on the social media is that suicide bomber Dar committed the dastardly deed at Pulwama, after being thrashed by Army, precipitating a chain of events that culminated in the airstrike. By the same logic, Kashmiri pundits should have also picked up the gun to avenge themselves, especially after being humiliated, ravaged and thrown out of the state. Did Bangladeshis ever form terror squads to gun down Pakistani soldiers guilty of massacring millions of their own?

8 thoughts on “Airstrikes wipe out decades of cowardice and humiliation”