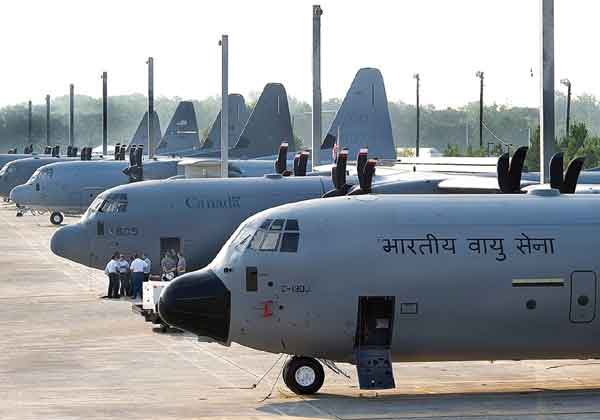 In the context of a resurgent and globalised economy, India’s security interests in the future would no longer be confined to its national boundaries or be limited to the region between the Gulf of Aden to the Strait of Malacca but would have even a larger international footprint. Besides, India has entered into a strategic partnership with the lone superpower, the US. The rising status of the nation will surely be accompanied by new responsibilities for maintaining peace and stability in the region or undertake military intervention in different parts of the world either on its own or in collaboration with the strategic partner. Inter-operability of transport forces of the IAF with those of the US Air Force will, therefore, be an important dimension in the plans for modernisation.

Over the years since its inception, the Indian Air Force (IAF) has evolved both in size and shape in keeping with the demands of national security and the rising status of the nation. However, quite understandably, the thrust of modernisation programmes in the IAF has generally been focused on enhancement of combat capability. This has been achieved through the induction of fleets of new generation top-of-the-line fighter aircraft that fly at higher speeds, have larger operating radii and are equipped with better avionics as also with the most potent aerial weapon systems. And rightly so, as the combat capability of the IAF is a critical and an indispensable component of air power which, in turn, is an important constituent of national military power.

The thrust of modernisation programmes in the IAF has generally been focused on enhancement of combat capability.

On the other hand, when compared with the combat fleet, efforts at modernisation in the transport aircraft segment of the IAF have been of a relatively lower order. Since the birth of the IAF, the transport fleet has been strengthened now and then through the acquisition of military transport aircraft from abroad. These included aircraft such as the C47 Dakota, the C119 Fairchild Packet, the Russian AN12 and a few de Havilland DHC4 Caribou from Canada. All these aircraft were in the ‘tactical’ category and many of them were refurbished old airplanes. However, beginning in the 1960s, the IAF inducted a fleet of 64 new Hawker Siddeley HS 748 Avro twin-turboprop transport aircraft of five-tonne payload capacity. Bulk of this fleet was produced indigenously under licence by Hindustan Aeronautics Limited (HAL) at its facility at Kanpur.

Although originally designed for civilian use, the Avro was employed by the military as well, essentially to ferry passengers. The intrinsic design of the aircraft was not suited for military tasks such as delivery of para-troopers or air supplies. The Indian version, however, had modified cargo doors for loading of military cargo such as light vehicles and was also used for delivery of para-troops. Though obsolete, the fleet of 50 odd Avro aircraft continues to linger in service with the IAF.

Later in the mid 1980s, HAL produced the Dornier 228, a twin-turboprop light utility aircraft of 2.3 tonne payload capacity under licence from Dornier GmbH of Germany. This aircraft is currently being used in the IAF for communication duties as also for the training of pilots on transport aircraft.

It was only in the mid eighties that the IAF for the first time acquired true but limited strategic airlift capability by way of induction of a fleet of 17, four-engine IL76 heavy lift aircraft from the Soviet Union under a direct deal with the government. Almost simultaneously, tactical airlift capability of the IAF also received a shot in the arm with the induction of a new and customised fleet of 104 twin-turboprop AN32 medium lift transport aircraft also from the Soviet Union. On account of geo-political reasons, it was not easy to procure military hardware from western sources and as such, the IAF had no option but to rely almost entirely on the Soviet Union for military aircraft which included transport aircraft in the medium and heavy lift category. 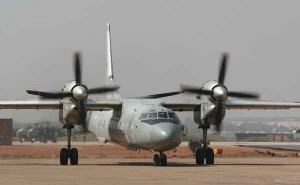 Both the transport fleets i.e. the IL76 and AN32, acquired from the Soviet Union were literally baptised by fire soon after induction. First, it was in Operation Pawan in July 1987 that involved the rapid deployment of No 54 Division of the Indian Army to Sri Lanka on a peace keeping mission. Even more challenging was the military intervention in Maldives the following year, ordered by the Indian government in response to a request from President Gayoom’s government there for assistance against the threat of a coup by external agencies in collaboration with anti-government forces.

Dubbed as Operation Cactus, two IL76 aircraft operating from the IAF base at Agra delivered 400 para commandos by night some 3,000 km away within 15 hours of the receipt of orders. Operation Cactus which involved landing heavy lift aircraft on a pitch dark night on an unfamiliar airfield that was under threat of being overrun by anti-national forces, was a remarkable feat that could not have been achieved by any means other than strategic airlift capability. The manner in which the task was accomplished clearly demonstrated two distinct attributes of strategic airlift aircraft i.e. reach and the capability of swift response. 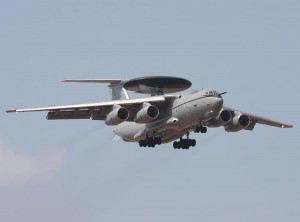 However, Operation Pawan and Cactus were not the first or only occasions on which the transport fleet of the IAF had been called upon for military intervention. The first time that the IAF carried out such a critical operation in response to an emergency was on October 27, 1947, to save the valley of Kashmir. The aircraft employed then were the fleet of C47 Dakota affectionately called the “Gooney Bird”.

India is now emerging as a regional power and has legitimate aspirations to grow to the status of a superpower in the years to come. In the context of a resurgent and globalised economy, India’s security interests in the future would no longer be confined to its national boundaries or be limited to the region between the Gulf of Aden to the Strait of Malacca but would have even a larger international footprint.

A major responsibility of the IAF is expected to be in the area of strategic airlift.

Besides, India has entered into a strategic partnership with the lone superpower, the US. The rising status of the nation will surely be accompanied by new responsibilities for maintaining peace and stability in the region or undertake military intervention in different parts of the world either on its own or in collaboration with the strategic partner. Inter-operability of transport forces of the IAF with those of the US Air Force will therefore be an important dimension in the plans for modernisation.

In the execution of these responsibilities, the Indian armed forces will be called upon to project power which invariably would involve airlift of large military forces to areas of interest in any part of the world as also to provide prolonged logistic support. Therefore, in future, a major responsibility of the IAF is expected to be in the area of strategic airlift. In addition to commitments in the region or other parts of the world, the requirement for the movement of a large body of security forces, military, para-military and police, within the country for deployment on short notice, is also likely to increase. There would also be growing demand for additional tasks such as Special Operations and deployment of quick reaction forces both within and outside the country.

Modernisation of the Transport Fleet

Since 1947, the transport fleet of the IAF has undoubtedly come a long way. However, practically the whole of the transport fleet currently on the inventory of the IAF, bulk of which was inducted in the mid 1980s, has been overtaken by obsolescence and is fast approaching the end of its total technical life. There is, therefore, an urgent need for its replacement with the most modern platforms to build up new capabilities literally from scratch for the new challenges that the nation will be called upon to face in the future. With this objective in view, today the IAF has embarked on a major drive towards modernisation of the transport fleet. But this time round, on account of the radically altered geopolitical environment, the IAF has options other than that of being tethered to the traditional Russian source to acquire military hardware. The IAF quite understandably, ought to opt for the most advanced technologies that it can access within the limits of affordability.