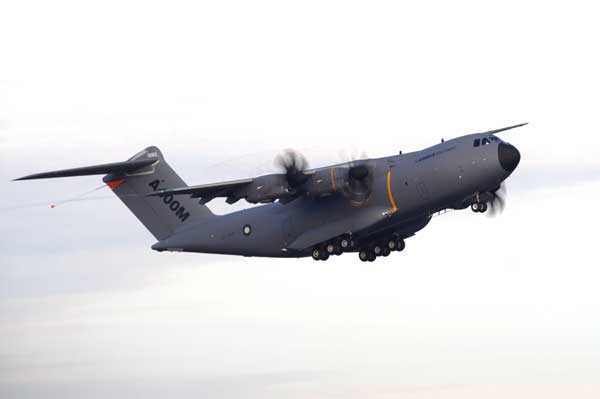 Airbus Military has today formally delivered the first A400M new generation airlifter, which is known in French service as the A400M Atlas, to the French Air Force, a milestone marking the beginning of the transformation of military air transport in Europe and beyond. This delivery, just authorized by the French procurement agency DGA, enables the aircraft, MSN7, to join tomorrow the French airbase of Orleans-Bricy where it will be based with the French Air Force.

This delivery represents the culmination of 10 years of development by Airbus Military and more than 5,000 flight-test hours, involving close to 40,000 people working for this major European defence programme.

Domingo Ureña said: “Today is a truly historic day for the European aerospace industry – marking the moment at which it becomes the new global leader in the military transport sector with an entirely new aircraft. I would like to express my sincere thanks to everyone at Airbus Military, Airbus and our suppliers whose unflagging efforts have made this enormous achievement possible, as well as our customers and OCCAR whose inputs over the years have been crucial to the success of the programme.”

This first aircraft delivered to France will initially be used for the continuing training of aircrew before becoming part of the French Air Force operational transport fleet.