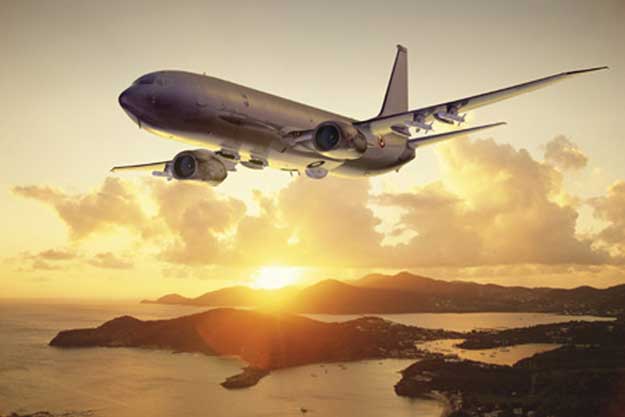 Marshal Lin Piao, a probable successor to Mao, had said prophetic words in the context of Indian Ocean in early 60s. He said, I quote “INDIAN OCEAN IS NOT INDIA’s OCEAN” unquote.

We as a nation have a north, north-west centric approach, when it comes to national security. Our focus towards south, south-east is sadly lacking even today.

60 years hence his prophecy has come true. Chinese Navy (PLAN) submarines are carrying out regular forays in the Indian Ocean Region (IOR). PLAN has become a formidable force and is only some distance from exercising Sea Control and Sea Denial in IOR, not only in South China Sea region but also in IOR. Indeed PLAN is some distance away from acquiring a true blue water naval capability, that will enable a PLAN Aircraft Carrier Battle Group to roam the seas freely, a capability which only US Navy has on date.

We as a nation have a north, north-west centric approach, when it comes to national security. Our focus towards south, south-east is sadly lacking even today. Indian Military has been, unfortunately, structured and equipped to counter threat from the north, north-west. Over the years little attention has been paid towards developing our maritime power. For instance in early 60s China neither had the aircraft carrier nor a potent submarine fleet capable of roaming the IOR at will. In 2020, 60 years later, the picture has changed completely. Chinese Navy has more than five times the number of operational submarines with much better capability. By 2050 A.D. Chinese Navy may increase number of Nuclear Submarines from existing SIX to TEN.

In this scenario, what are our options? While addressing the capabilities of neighbours, particularly those, who are hostile, a doctrinal approach is required to come to rational and logical conclusion. Conventional Chinese and Pak military, individually and collectively, might appear to be formidable but if a digital appreciation is done, the findings might prove otherwise.

Land borders with both nations are heavily fortified (Pakistan in particular) and permanent troops are stationed. Operational capability of Pakistan Navy is unlikely to pose any substantial threat. Pak Navy’s main task is likely to be protection of their ports viz Jiwani, Gwadar, Pasni and Ormara other than her only major port of Karachi. But the same cannot be said of Chinese Navy.

Chinese aircraft carrier will pose little or no threat either now or at a later date when PLAN acquires three carriers. For PLAN carrier borne threat to have any impact on mainland India or island territories, the PLAN CBG will have no option but to sail through MALACCA STRAIT to arrive in IOR. Vulnerability during transit through such a narrow waterway, well within the striking distance of air elements of IAF and Indian Navy would always be a potent threat.

Indian Military must seriously look at evolving a workable Air-Sea Doctrine, which must not only remain on paper but also put into practice…

It is in this context that Indian Military must seriously look at evolving a workable Air-Sea Doctrine, which must not only remain on paper but also put into practice by conducting full scale real time operational exercises at regular intervals.

Until the acquisition of Su-30MKI and Air to Air refueling capability in form of IL-78 and AWACS, IAF actually had no capability to influence/control the vital sea lane of Malacca Strait. But having acquired that capability in fairly large numbers, IAF is fully equipped to effectively control the traffic through Malacca Strait, if the need arises. Mentioning specific number of aircraft for various roles is not considered necessary in this brief write up. Suffice to say that IAF has adequate resources for this task, if ordered. However IAF by itself is not capable of meeting the mission objectives. Offensive elements of Indian Navy will be required to play an equally, perhaps in larger measure, important role to ensure success of the operation, if and when undertaken.

A classic mission termed as Exercise ‘SAGAR EAGLE’ might comprise of the following elements:-

•  Suitable number of Submarines as decided by Naval Planners.

As of now P8i,s cannot be refueled by IL-78s. At tactical speed of 900km (ground speed), the sweep duration could be around six hours.

An exercise conducted at this scale would serve the following purpose:-

•  Firstly, it will bring out the limitations of various fleets, both sea-borne as well as airborne.

•  Secondly, it will lead to formalizing the standard operating procedures (SOPs) for future missions.

•  Thirdly, it will highlight the actual capability of the integrated airborne and seaborne forces.

•  And lastly, the lessons learnt from these exercises will help us enunciate the much needed operational Air-Sea Doctrine for future.

The above force levels mentioned should be considered as indicative/suggested force levels. Suitable additions/deletions will have to be done by the actual planners.

Aim of such missions should be to carry out a sweep upto Malacca Strait by airborne elements, the Su-30s and P8i,s airborne from mainland and sustained in flight by mid air refueling. As of now P8i,s cannot be refueled by IL-78s. At tactical speed of 900km (ground speed), the sweep duration could be around six hours.

at Port Blair and CarNic are rarely used operationally. Regular courier service from mainland and annual/bi-annual activation of CarNic by Jaguars is not considered to be operational utilization. For genuine force projection IAF must move two long range strike element squadrons of Su-30MKI, one each at Port Blair and CarNic. Jaguar squadron for maritime role should also be moved to A&N.

Evolution of Air-sea doctrine will take time, may be few years with at least half a dozen ‘SAGAR-EAGLE’ exercises having been conducted.

Permanent detachment of medium transport aircraft should be considered for occupying the airfield at Campbell Bay. Construction of at least one more airfield between Port Blair and CarNic should be undertaken on priority. Navy must station her P8i,s and other suitable platforms. In fact keeping in view the limited Radii of Action of MiG-29Ks, a permanent detachment of at least eight aircraft must be stationed in A&N.

Needless to state that if we resolve to operate these strike elements from the island territory suitable communication, radar network, air defence systems will also have to be positioned. It is about time IAF and Indian Navy got their act together and decided to fortify the A&N islands. Perhaps the first time CDS may like to examine and convince the powers that be that long delayed militarization of A&N can no longer be postponed, keeping in view exponential growth of Chinese Navy.

Evolution of Air-sea doctrine will take time, may be few years with at least half a dozen ‘SAGAR-EAGLE’ exercises having been conducted. Evolving Air-Sea doctrine sitting in Delhi or any of the Military Institutions will merely be a waste of effort. Air-Sea doctrine will only take shape if we are willing to deploy actual forces in A&N on permanent basis, weather, environmental and logistics constraint notwithstanding.

As on date if a serious occupational force, including well equipped sea pirates, decides to occupy one of the remote uninhabited island, we may either never know or come to know much later. Show of force, therefore, is essential in the island territory and not in top secret folder kept locked up in ‘TS’ marked cupboard.

There are numerous deficiencies in spite of recent acquisitions. A glaring deficiency is the anti-shipping missile capability.

Indeed the suggestions made will take sometime to materialize. To begin with measures be taken immediately for regular air surveillance on daily basis of uninhabited islands. This can be accomplished by creating a Helicopter Training Establishment in one of the centrally located island. These training helicopters, will serve dual purpose. Firstly of training the budding helicopter pilot and secondly (by default) for providing real time surveillance.

Limited militarization of island territories, both in the east and west, has been due to reluctance on part of military to place the ‘boots’ in large numbers. Reasons have been assigned ranging from weather, distance from main land, enormity of logistic support and so on. Actually there has been only one reason; lack of will and determination at national level.

There are numerous deficiencies in spite of recent acquisitions. A glaring deficiency is the anti-shipping missile capability. Hopefully sooner than later we ought to have an anti shipping missile variant from the ‘stables’ of BRAHMOS. If the variant can be married to MiG-29K as well, it will increase its operational utility manifold.

It might be of interest to merely glance through the pages, which will be indicative of extreme reluctance of USAF to move and operate from Diego Garcia. Success of British Military in Falklands nearly 40 years ago is a classic example of how a well conceived Air-Sea Doctrine can win the wars thousands of miles away. Land lubbers have little or no future in the years to come in prevailing geo strategic scenario.

An operationally validated Air-Sea doctrine would be the only deterrence to PLAN before undertaking offensive mission in IOR.

I, however, remain circumspect on the military really getting the act together and influence/force the government of the day to militaries the island territory. Mere cosmetic bonhomie prevailing in Services will be the biggest impediment towards Air-Sea doctrine being formalized, but only after ‘live’ trials and not remain in theory locked up in folder marked ‘TS’. I do not foresee that happening notwithstanding the fact that three Chiefs are from same NDA course. We have already seen that once earlier. Cohesion among the Services cannot be induced by external elements/agency/authority. It has to come from within. Until the Services change over from an utterly flawed and jingoistic term ‘JOINTNESS’ to ‘MUTUAL INTER-DEPENDENCE’, we will never ever have the desired cohesion.

While attempting to plead the case for the crying need of a workable air-sea doctrine, a mission profile stated was merely to project the complexity of the mission, which without a clearly laid down SOPs emanating out of the doctrine is unlikely to achieve the expected/stated military aim.

Let us get our feet ‘WET’ and not worry about the ‘TSUNAMI’. An operationally validated Air-Sea doctrine would be the only deterrence to PLAN before undertaking offensive mission in IOR.