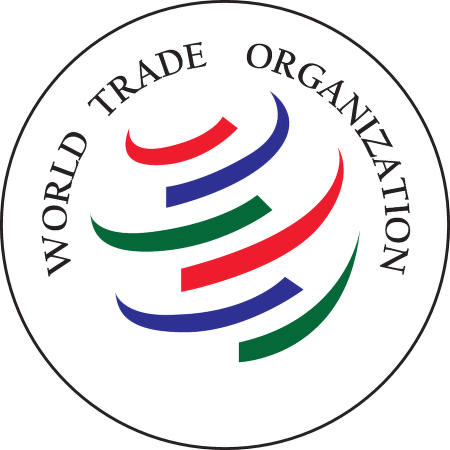 At the 2017 Buenos Aires Ministerial Conference (MC11), ministers decided on a work programme to conclude the negotiations by aiming to adopt, at the next Ministerial Conference, an agreement on fisheries subsidies, which delivers on Sustainable Development Goal (SDG) 14.6. WTO members reviewed work undertaken in March and April to advance negotiations on an agreement to curb harmful fisheries subsidies. Now WTO members are aiming to reach an agreement in July 2021.According to Target SDG 14.6: By 2020, prohibit certain forms of fisheries subsidies which contribute to overcapacity and overfishing, eliminate subsidies that contribute to illegal, unreported and unregulated fishing and refrain from introducing new such subsidies, recognizing that appropriate and effective special and differential treatment for developing and least developed countries should be an integral part of the WTO fisheries subsidies negotiations.

Under the mandate from the WTO’s 11th Ministerial Conference and the UN Sustainable Development Goal Target 14.6, negotiators have been given the task of securing agreement on disciplines to eliminate subsidies for illegal, unreported and unregulated fishing and to prohibit certain forms of fisheries subsidies that contribute to overcapacity and overfishing, with special and differential treatment being an integral part of the negotiations.

The WTO’s 11th Ministerial Conference (MC11) and Sustainable Development Goals (SDG) target 14.6 give negotiators the task of securing an agreement on eliminating subsidies for illegal, unreported and unregulated (IUU) fishing and to prohibit certain forms of fisheries subsidies that contribute to overcapacity and overfishing by the end of 2020. In March 2020, the COVID-19 crisis resulted in the suspension of in-person meetings, and members used virtual meetings and written exchanges to continue negotiations. Despite their efforts and “almost daily” meetings in late November, WTO members were unable to finish negotiations by the 14 December informal meeting of the Trade Negotiations Committee (TNC). WTO members committed to build on their 2020 progress and reach a resolution in 2021.

During an April meeting on fisheries subsidies of the Negotiating Group of Rules, the Chair of the negotiations, Ambassador Santiago Wills of Colombia, reported on progress since mid-March, noting “genuine attempts at compromise.” The 12-16 April cluster of meetings addressed: a possible exemption for subsidies to subsistence, artisanal or small-scale fishing; due process requirements for IUU fishing determinations; the approach to the prohibition of subsidies contributing to overcapacity and overfishing; and the prohibition of subsidies related to overfished stocks, with an emphasis on how to ensure coherence with other fisheries subsidies disciplines. On due process requirements for IUU determinations, the Chair observed that members “seem to have common concerns but with different views on how we approach them.” He noted positive dynamic and new suggestions on the topic.

The Chair said discussions on overfishing and overcapacity focused on an exchange of views on the list of subsidies that would be presumptively prohibited, which are now reflected in the draft consolidated document. On sustainability, members considered whether a member might maintain or grant subsidies under the overfishing pillar if the country demonstrates implementation of measures to ensure sustainability of fish stocks. Some members suggested limiting this provision to a particular period or geographic area and/or designing a capacity-building or technical assistance mechanism to help developing members ensure sufficient data to apply the sustainability standards.

WTO Director-General Ngozi Okonjo-Iweala welcomed Ambassador Will’s assessment that heads of delegations had engaged in constructive dialogue, and shared her reflections on how the process could proceed over the next few months. She emphasized the WTO will ask ministers to meet virtually in July 2021 to focus on fisheries subsidies and possibly one or two other topics. She said ministers should expect to review “a very advanced, hopefully final, text” with few options and brackets. To present ministers with a complete and clean text on which to take decisions, the WTO Director-General called on members to “pick up the pace” and engage in text-based negotiations that result in “compromise landing zones on all of the outstanding issues.” She said consultations will be “convened frequently” and in whatever configuration is necessary depending on the topic, with the aim of deepening clarity on key issues and views and identifying such landing zones. Okonjo-Iweala stressed inclusiveness and transparency will continue to guide the process, explaining that although no delegation will be invited to every meeting, “all voices will be consulted and heard,” the Chair will continue to report on all activities, and “no decisions will be taken behind closed doors.”

Okonjo-Iweala underscored the role of Heads of Delegations in the final stages of the negotiations. She said the final hurdles will “need to be dealt with at the political level,” and called on all delegates to be “ready to roll up your sleeves to work.” She praised a “new spirit” in the negotiations, and urged Heads of Delegations to come “with open ears” and ready to exchange concrete ideas on how to bridge differences to ensure the negotiations reach an outcome by July. She concluded by reminding delegates of the importance of protecting fish and protecting the millions of fishermen and women who depend on fish, stressing “fishing sustainability makes socio-economic sense.”

Let us hope that a consensus is arrived on curbing the long outstanding harmful fisheries subsidies in July 2021 WTO ministerial conference keeping in view of SDG 14.6.