AFSPA in the N-E: Is status quo the answer? 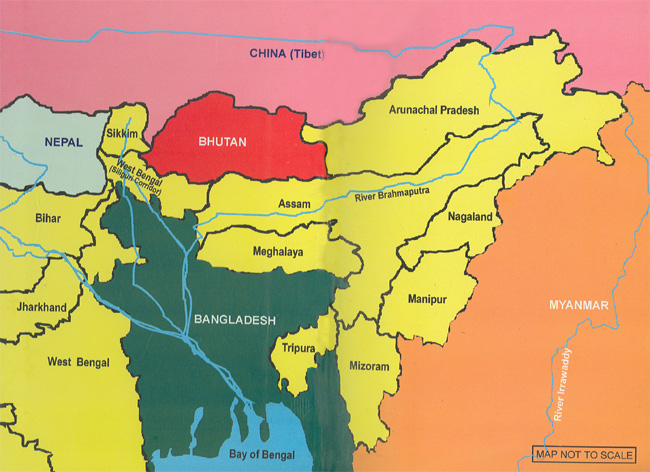 Much has already been written on the tragic incident that occurred recently in the Tiru-Oting area of Mon district, Nagaland. In a case of mistaken identity, six coal miners were killed by a troop of the Army Special Forces. Subsequent escalation led to more deaths, including that of a Special Forces soldier, murdered in retaliation by villagers. The Army was quick to express regret, though it does not take away from the fact that in the existing milieu, such incidents are unavoidable.

The truth is that the Special Forces personnel did their job with brutal efficiency. They were operating on supposedly credible intelligence and allegedly acted decisively once the vehicle transporting the miners did not stop, with tragic consequences. That they rushed two wounded miners to a civil hospital does suggest they acted in good faith.

One can only hope that the investigations being conducted by the State Government-appointed Special Investigation Team, and by the Army itself, will give us much-needed clarity on what went wrong and where accountability lies. That will allow authorities to initiate corrective measures and deal with the issue in a just and humane manner, enabling some sort of closure for the kin of those who tragically lost their lives.

Nagaland is in turmoil; its outraged citizens see themselves as victims of a barbarous and unprovoked attack. The Nagaland Police in their FIR have accused the Army personnel of “intention to murder and injure civilians”. Within the media, politicians and civil society there are those who have left no stone unturned in an attempt to show the Army in poor light, as incompetent goons who use the Armed Forces Special Powers Act (AFSPA) to cover their misdeeds, forcing legislators to demand for its withdrawal.

But let us be absolutely clear, there are no innocents here. We are all to blame for what has transpired, be it the Central and State Governments, civil society, bureaucracy, security establishment and the Army as well. Every side has its own axe to grind and tribal loyalties, ego, personal aggrandisement, greed and sheer ignorance have held us hostage to the shenanigans of a miniscule group intent on feathering their own nests.

Context is important, and it would be fair to suggest that the earlier insurgency that had affected Nagaland ended, for all practical purposes, with the signing of the Shillong Accord in 1975 between the Centre and the rebel Naga leadership. However, factions opposed to the accord continued with the armed struggle. In 1997, the Union Government was able to negotiate a Ceasefire Agreement with the most dominant rebel group, the NSCN (IM), for a cessation of operations for an indefinite period that still continues. This was followed up in 2015 with the signing of the Framework Agreement, details of which are not in public domain. Subsequently, the Centre also signed Ceasefire Agreements of varying periods with other rebel groups, such as the NSCN(NK), NSCN (R), NSCN (K-Khango) and the NSCN (K) Nikki Group.

We would do well to understand that all insurgencies are political movements and can’t survive in a stasis over long periods. They either gain momentum and ascendency that lead to civil war and independence, or wither away without public support. Yet, the insurgencies we face in the Northeast, including in Nagaland, appear to be different. They seem to be in, what can best be termed, as the “business of insurgency” as they neither succeed nor wither away. With no distinct ideology and only limited public support, that too based on tribal loyalties and coercion, they have metamorphosed from insurgency into a serious law and order problem.

These groups thrive on their ability to control a range of illegal activities in conjunction with transnational criminal syndicates. These range from drugs and small arms smuggling to human trafficking and skimming Government developmental funds. This economic clout has enabled them to subvert elements within polity, bureaucracy and the security establishment. In addition, the open-ended ceasefire agreements, while ensuring a cessation of operations on the part of the Security Forces, have allowed the rebel groups to continue to indulge in extortion and other criminal activities without any fear of reprisals.

The prevailing situation is still quite low on violence, which has allowed for a dangerous level of complacency to set in within the Government, both at the State and Central level. Despite development being stalled and governance being undermined by rampant corruption and probable Chinese meddling, we must ask ourselves: Is counter-insurgency the appropriate response? It is fairly easy to understand the motivation of local politicians, bureaucrats and police to maintain the status quo, but is the Army just a pawn in a much bigger game? After all, is its deployment, with necessary safeguards like AFSPA, meant to provide security to people or to coerce them into accepting the status quo that enables the business of insurgency to thrive? Indeed, it is time the Army leadership gives this issue, not just in Nagaland but elsewhere in the Northeast as well, a deep hard look, if it is to avoid another such tragic incident.