Afghanistan’s Challenges in the Aftermath of COVID Crisis 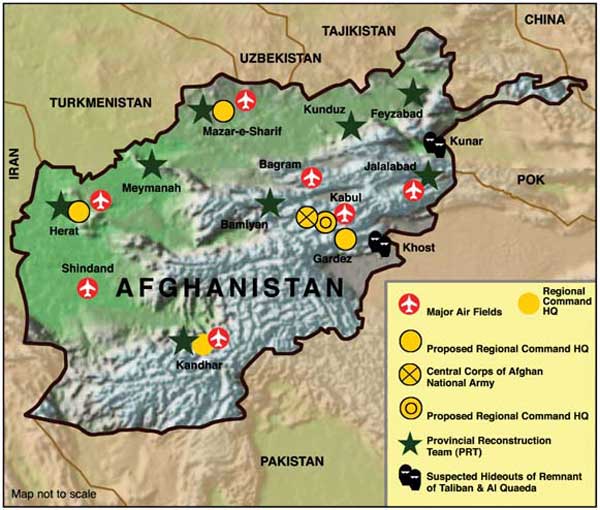 Afghanistan has been deeply entrenched in conflict over the past 40 years with an inconclusive stance to establish peace. COVID pandemic is creating an insurmountable headwind for Afghanistan amid heightened conflict to obscure the prospect of the war-torn country. The on-going peace talks between the Taliban and the Afghan Government initiated by the US in September last year in Doha had not yielded any progressive results. Fiona Frazer, United Nations Assistance Mission in Afghanistan (UNAMA) Chief said, “Afghan civilians continued to suffer and lose lives due to the conflict in 2020, a year when Afghanistan should move closer towards peace. Instead, we witnessed increased levels of violence and civilian harm”. UNAMA’s report reflects on the upsurge of violence stating more than 3,000 civilians were killed and 5,800 others were injured in Afghanistan in 2020. For Afghanistan, pandemic hit hard when the country is already embroiled in intensified conflict.

The detrimental effect on the economic growth of the country has been tremendously downsizing on consumption, exports, and remittances. Afghanistan’s economy grew by 3.9 per cent in 2019 driven by the easing of drought conditions and rapid agricultural growth. The fledgling economy has impacted adversely by security and political challenges. As per the Asian Development Bank (ADB) report, the country’s economy can recuperate from the COVID crisis, if the GDP growth is expected to recover to 1.5% in 2021 with a positive outcome of intra-Afghan peace negotiations in Afghanistan and to the post-pandemic global economic recovery. The comprehensive peace agreement speaks to the centrality of Afghanistan’s prosperity. An export figure has marked tremendously low in the first half of 2020 and imports fell by 24%. In tandem, the unprecedented challenge of the pandemic has worsened the situation of the war-torn country to an extreme situation with the decline of revenues in 2020 due to weakened economic activity, remittances and trade restrictions. The recent World Bank report presented the security situation in the country as a major roadblock for investment. More importantly, peace would pave the way to improve the declining Afghan economy.

Last year a new education law was passed which guarantees children to have equal access to education. With the mounting challenges of the pandemic more than 10 million children were unable to have access to education and other alternative learning options, such as lessons delivered through television and radio in Afghanistan. It is more striking to mention that before the pandemic it was estimated that 3.7 million children did not have access to education. Low education level remained one of the greatest impediments for Afghanistan’s growth and prosperous future. As per Christopher Nyamandi, Save the Children’s Afghanistan Country Director, “To protect an entire generation of children from losing out on a healthy and stable future, the world needs to urgently step up with support for Afghanistan. Without education, Afghan children will be denied the opportunity to help rebuild their country.

The NGO carried out research work across six Afghan provinces which showed glaring reports on minimal access to education. The research highlighted that 28.6 per cent of children can access distance learning programmes through TV, 13.8 per cent through radio programming, and 0.2 per cent through the internet. Girls have been more heavily impacted than boys by the pandemic. More strikingly out of 3.7 million children who are out of school, 60 per cent are girls.

More than 3000 civilians were killed in a single year which reflects the country’s grim security situation.  “2020 could have been the year of peace in Afghanistan. Instead, thousands of Afghan civilians perished due to the conflict,” said Deborah Lyons, the Secretary-General’s Special Representative for Afghanistan.

The “Agreement for Bringing Peace to Afghanistan”, signed between the US and the Taliban in February 2020 revived hope to secure peace has presented inconclusive results. Initially, the Taliban had not involved the Afghan Government and made tangible proposals in the peace negotiations due to political contradictions and ideologies. It was only in September 2020, when the Taliban have come directly to the negotiating table with the Afghan Government. On the contrary Taliban is still having illicit ties with the Al Qaeda and level of violence is high as the peace process is taking its own course. The preconditions of the Taliban remained at the centre stage, including withdrawal of US troops by May 2021, power-sharing Government and more emphasis on to follow the Sharia law.  The resumption of peace talks in September last year is yet to bring any fruitful results. The extremist’s attacks and violence have surged in Afghanistan which reflects the Taliban’s malignant intentions of not ending the war through democratic peace process with an arguably implausible prospect for the people of Afghanistan. On the contrary, the withdrawal of the remaining 2500 US troops from Afghanistan is still a big dilemma as the Taliban would never give up on extremist activities till the terrorist sanctuaries are supported by Pakistan and Iran. The Taliban insurgents have been receiving external support from other countries and one among them is Pakistan, supporting the Taliban and its ally, the Haqqani network which involves the re-emergence of the Pakistan-Taliban. Pakistan has been instrumental in guiding the Taliban in Afghanistan and Taliban leaders including leaders of Quetta Shaura who have a base in Quetta.

The US has been fighting against the Taliban and other extremist groups past 20 years, regrettably, America’s failed Afghan policies did not render any positive outcome. The Biden’s administration is yet to decide regarding the pullout of the remaining troops from Afghanistan.  To pull out of Afghanistan may be a wise decision, as after the US withdrawal, the spillover of militants beyond the borders of Afghanistan would have a far-reaching effect in the region. With Pakistan’s support, Taliban’s would in all probability usurp power in the war-torn country fully or in part through a power sharing arrangement

Afghanistan’s internal conflict is another pressing issue that has aggravated violence. Corruption, narcotics and drugs, violation of human rights have all caused immense damage to the war-ravaged nation.

India-Afghanistan relation is based on a broad framework of an understanding to develop their country’s economic, political, infrastructure, cultural and people-to-people contact for decades. However, the basis of Indo-Afghan relations as well as interaction at various levels reflects strong multifaceted ties they have had for many years. Witnessing the benefits from the air corridor programme, wheat supply, various development projects, scholarships to Afghan students weigh India’s steadfast friendship with Afghanistan. The announcement of the construction of the Shahtoot Dam in Afghanistan is setting another milestone in the history of India-Afghanistan relations. This project would provide safe drinking water to 2 million residents of Kabul city. India had earlier built the 202-km Phul-e-Khumri transmission line that provided electricity to Kabul city. India has also announced the launch of Phase-IV of the High Impact Community Development Projects in Afghanistan, which envisages more than 100 projects worth US$ 80 million that India would undertake in Afghanistan. External Affairs Minister Dr S. Jaishankar emphasized India’s long-term commitment to the development of Afghanistan to the benefit of its people as a contiguous neighbour and strategic partner. India’s contribution to rebuilding Afghanistan has exceeded over US $ 1 billion. There are more than 400 projects which India has undertaken in 34 provinces in Afghanistan. India has been providing more than 1000 scholarships to Afghan students annually. So far 65,000 students studied in India. In times of pandemic crisis, India has shipped 75,000 tons wheat supply to strengthen food supply through Chabahar port.

A way Forward for Afghanistan amid Pandemic Crisis

Many countries in the world are implementing safety gears to bring the COVID crisis under control. Regrettably, for Afghanistan, the situation is more worsening with appropriate measures lacking to cope with the pandemic. Inflation, job losses, inaccessible education, downsizing economy remains a challenging issue for Afghanistan amid COVID and political instability crisis. It is important to devise peace in Afghanistan which is required to be built up by the active participation of political parties, civil society groups in cooperation with the Government of Afghanistan. This should align with the needs of the people of Afghanistan for lasting peace to run democratic governance. Afghanistan needs to balance the support they receive from the international community and sort out their internal conflict to stand resplendent in the world. It is also the responsibility of Afghanistan to galvanize peace process mechanisms to bring prosperity and growth to their country. A comprehensive and legitimate peace process should transform the society at a larger scale which is guided by the core values of accountability, transparency, inclusivity, and transitional justice, along with trust building and nation building.