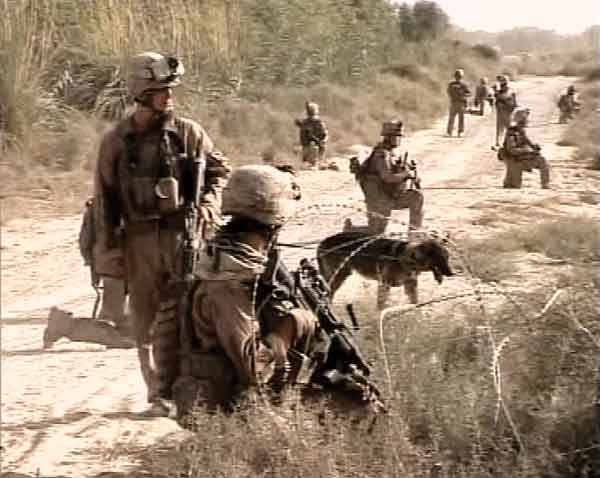 No matter who wins the US Presidential elections, both candidates have affirmed their intention to withdraw from Afghanistan in 2014, unless, of course, a major escalation takes place or the situation re-enacts itself.  But, given the mood and tact in the Pashtun provinces, the aim of the Taliban – led by a Mullah Omar who has still not been discovered – and Pakistan’s ISI – a wily organization that has the color of a chameleon – the plan along the Durand Line and north-west Pakistan is to lull the USA into believing that all is quiet on the western front, thereby enabling the planned withdrawal of the mightiest army with the mightiest weapons on the face of the Earth.  Thus would the USA and a desperate Taliban both be able to declare victory and flash “mission accomplished” signs – a win-win outcome by obvious transpiration.

The Taliban, of course, would claim to be the heroes of the world, by asserting that they earlier kicked out the strong-arm Russians, and now the high-and-mighty Americans, giving themselves an aura of invincibility.

The US, of course, would claim that their aims of minimizing the insurgency and simultaneously propping up the Afghan military forces have succeeded, which will make them further claim that the threat of terrorism to the USA has receded, thereby leaving no indication that US forces are needed half-way around the world, thus allowing the USA to save tens of billions of dollars in military deployment every year in Afghanistan – money that the USA desperately needs to control its own deficits and stimulate employment at home.  The Taliban, of course, would claim to be the heroes of the world, by asserting that they earlier kicked out the strong-arm Russians, and now the high-and-mighty Americans, giving themselves an aura of invincibility.

While both the USA and Taliban would declare victory, India and much of the Western world would lose.  The fact of the matter is that a withdrawal by USA from Afghanistan may end up ranking among the worst decisions any US government could make from a strategic perspective.  At a time when the USA has military bases in more than three dozen countries or more, getting out of Afghanistan without maintaining reasonable deterrent capability there would be absolute folly.  It is likely that the Taliban may regroup, and one day aim to take their revenge on the Americans for having made them flee their own homes and lands.  Recall that even when the Russians invaded Afghanistan, the refugees into Pakistan were far fewer than what happened this time around.  But, beware the revenge of an Afghan: an ancient Afghan proverb has it “I took my revenge in a hundred years, and I took it soon.”  The willy-nilly Americans have no concept what can hit them again when they least expect it!  Having suffered two wars in Iraq and Afghanistan, and having gotten tired of them, will they have the muscle and motivation to send out their army again if some type of repeat of 9/11 were to happen?  Or would the USA lump it?  It is more likely that the USA will encourage proxy wars, which may or may not yield the desired outcome.

For decades, the USA distrusted and forsook Indian advice.  Starting from the defeat of the Russians in Afghanistan, the US did not believe India’s warnings that (i) Najibullah’s government would fail, (ii) the Taliban would come to power (1996), (iii) that the Taliban would be oppressive, (iv) that the Taliban were planning terrorist attacks against USA, especially after the Kandahar airplane hijacking event.   For all this, the US paid a heavy price, all the time thinking that its intelligence in Pakistan and friendliness with Pakistan would counter-balance any unwanted event.   Moreover, prisoners that External Affairs Minister Jaswant Singh released during the Kandahar hijacking of December 1999 became directly involved in the planning of 9/11, but the US was on the wrong side of history at the time in 1999 and was still favoring Pakistan over India, notwithstanding Bill Clinton’s make-believe visit to India in 1998.  The US apparently did not learn from year to year, but were apparently seduced enough by their double-agents in the ISI, who alwaysconcocted fiction any time the USA began to gather doubts about them, partly because the US always wanted to hear what they hoped for.  Even today, the USA is distrusting Indian security advice, and is again listening to advice that it wants to hear – that the Taliban is not a threat anymore — and that Afghan forces will become strong enough to defend themselves by 2014.

Pakistan was involved in the internal affairs of Afghanistan even before the Russians walked in on December 1979.

However, Afghanistan has been a complex, politics-ridden country since Mohammed Daoud deposed King Zahir Shah in 1974.   The politics is further tainted with blood and murder — andhatred, torture and revenge — reflecting the basest behavior attributable to humans.  The US can’t understand this directly unless they learn to trust someone in the region.  However, the US now wants to trust no one in the region, has apparently had enough in Afghanistan after successfully toppling the Taliban in the first place in 2001, is now mentally ready to pull out, and still seeks to partly balance India, who has no major lasting friend anymore, and definitely not the Soviet Union.

No doubt that Mohammed Daoud, Prime Minister of Afghanistan from 1953 to 1963, and President of Afghanistan from 1974-79, was good for India from a security perspective till as long as he contested Pakistan’s suzerainty over the Northwest Pashtun provinces of Pakistan.  In 1961, Pakistan closed its border with Afghanistan because Daoudpressedthe Pashtun issue.  This made Afghanistan reliant on the Soviet Union for commerce.  For the Soviet Union, it was a great windfall that Afghanistan was willy-nilly falling into the Soviet orbit after a hundred years of the Great Game.  Daoudthen became disliked in the USA after he received armaments from the Russians in 1961 at heavily discounted prices.  With those arms in 1962, Daoud sent troops into Pakistan in 1962 in the Bajaur province that was easily routed by the far superior and better-skilled Pakistani forces.  USA obviously supported its CENTO and SEATO ally, Pakistan, in that conflict, especially given that CENTO and SEATO were overtly anti-Soviet in principle and action, notwithstanding that Afghanistan had—and has—a genuine claim to the Pashtun regions of Pakistan.

The past is not easily forgotten in the mountains straddling the Durand line, and Zulfiqar Bhutto actively and militarily supported Islamic fundamentalists who were expelled by Daoud in the mid-seventies.   Thus, Pakistan was involved in the internal affairs of Afghanistan even before the Russians walked in on December 1979.  Ironically, when the communist party influence in Afghanistan reached alarming proportions around 1977-78, the West and Pakistan suddenly sought to shore up Daoud, but by then it was too late.  While Daoud sought closer relations with the West to keep the Soviet influence at a distance, the alarm bells rang in Moscow: Afghanistan was becoming perilously close to slipping from Soviet influence owing to the sudden turnaround and independence of Daoud.  But, the communist and Islamist influence had by then matured in Afghanistan, and the famous Saur revolution culminated in a coup engineered by the Communist People’s Democratic Party of Afghanistan with help from the Afghan military, resulting in the brutal assassination of Daoud and his family in April 1978.

Karzai now further deplores Pakistani interference in Afghanistan through its secret aid to the pernicious Taliban.

The period of 1978-79 was a watershed on both sides of the Durand Line: Zulfiqar Bhuttto was hung, and Afghanistan saw the Taraki-Amin regimes come and go.  Whereas Amin supported the Soviet invasion, the Soviets backstabbed him only a few days later and endorsed his assassination. Subsequently, the Soviet Union did everything it could to tighten its grip over Afghanistan – leading to the Soviet invasion of December 1979 and installation of the Soviet-controlled regime of Babrak Karmal, of the Parchamite faction.   The Russians stayed for as long as they could, hoping to quell Islamist insurgence and anti-communist forces.  But, Babrak Karmal was dispensed with by the Soviets in 1986 and taken to the Soviet Union after the Soviets became disillusioned with him, being replaced in due course by Mohammad Najibullah, a fellow Parchamite.

Gradually, the Soviets reduced military aid to Afghanistan after withdrawing in 1988, and after the USSR collapsed in 1991, military aid to Najibullah’s regime also stopped altogether, andNajibullah resigned in April 1992 as per the UN decision in the matter of the continuation of his government.   Then, Burhanuddin Rabbani, who was one of the earliest leaders and founders of the Mujahiddin, and headed the United Islamic Front for the Salvation of Afghanistan, succeeded Najibullah.Needless to say, the USA was happy at their Mujahiddin taking over the reins of power in Kabul.  But the Taliban – another mujahiddin faction — waged a relentless civil war against Rabbani’s Frontbetween 1992 and 1996.  The Taliban toppled Rabbani’s regime in 1996 (and Rabbani was eventually assassinated many years later by a suicide bomber in 2011), whereas Mohammed Najibullah was mutilated and executed by the Taliban in 1996.  Because India had strongly supported Najibullah, India then threw its support – in 1992 itself — behind the United Front of Ahmad Shah Massoud, a childhood neighbor of Najibullah.

Massoud supported Rabbani in the civil war against the Taliban.  So, when the Taliban came to power in 1996, Massoud was in the opposition, but ended up becoming an ally of the United States in its battle against the pro-ISI Taliban.  Eventually, 9/11 brought India and the US to the same side of the battle, and the two found themselves with like objectives for the first time in 50 years!

2 thoughts on “Afghanistan: Analysis of the Doubtless Withdrawal Symptoms”