Apart from the $4.1 billion deal for ten Boeing C-17 Globemaster III heavy airlift aircraft, India is considering purchase of another six for an estimated value of $2.4 billion. This is expected to create more than twenty thousand jobs back in the US. 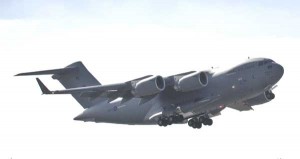 The Boeing C-17 Globemaster III is a large military transport aircraft developed for the United States Air Force from the 1980s to the early 1990s by McDonnell Douglas. The C-17 is used for rapid strategic airlift of troops and cargo to main or forward operating bases throughout the world with the ability to perform tactical airlift, medical evacuation and airdrop missions.

Cassidian considers India as a key market with an expanding defence and security industry and even more so as a rapidly growing country which offers excellent opportunities for long-lasting strategic partnerships. Therefore Cassidian is fully committed to invest in India’s industry and people and is ready to listen to and learn from its Indian customers. In the past few years, Cassidian created several partnerships with organizations such as the Defence Research and Development Organisation (DRDO) which build a solid basis to expand the cooperation with Indian companies. For all customers in India, EADS DS India Private Ltd. acts as the primary point of contact. 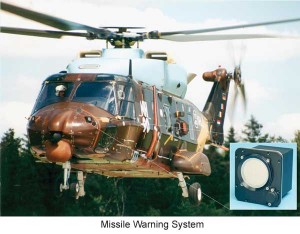 An excellent example for the commitment to increase the industrial footprint in India is the new Cassidian Engineering Centre Bangalore which has been established to provide engineering services to European partners as well as Indian customers. The Engineering Centre is the first defence related centre of this kind created by a foreign company in India. 25 Indian engineers from the Engineering Centre in Bangalore have already been sent to the facilities at Manching and Ulm to attend technical and intercultural training courses.

Major programme is the Eurofighter Typhoon which is developed and manufactured by Alenia Aeronautica/Finmeccanica (Italy), BAE Systems (UK) and EADS (Germany, Spain). Up to now, the orderbook comprises more than 700 orders from six customers (Germany, United Kingdom, Spain, Italy, Austria, Saudi Arabia) and 250 aircraft have been delivered. Deliveries of 15 aircraft to Austria as the first export customer have been completed and deliveries of 72 aircraft to Saudi Arabia as the second export customer are making progress. The Eurofighter Partner Companies (EPCs) and the four nations of the European consortium Germany, the UK, Italy and Spain are fully committed to deepen the strategic partnership with India. Paving the way for a long-term cooperation, the Supervisory Board of Eurofighter GmbH represented by the CEOs of the four industrial partners EADS, BAE Systems and Finmeccanica/Alenia Aeronautica visited New Delhi from 25th to 26th October 2010.

Cassidian offers integrated solutions for network centric operations, flexible and interoperable services as well as outstanding communication capabilities based on the latest technology. As an example for the commitment to India, Cassidian acted as the design and integration authority to the Indian Army for its test bed system called Parikshak. This system is being used to help the Indian Army investigate the capabilities that could be delivered for the new Tactical Communications System (TCS) project. 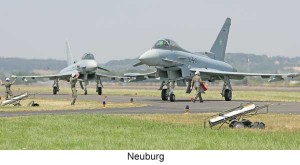 In 2008, Cassidian has been awarded with India’s first major public safety TETRA network contract by the police of the state of Andhra Pradesh. The new network will cover the region of Cyberabad, the high-tech hub that surrounds the city of Hyderabad, which is a strong root for India’s current economic growth. In 2009, Cassidian signed a contract to deploy a modern TETRA radio network to secure the Indian Parliament. Cassidian has teamed up with its local partner Sanchar Telesystems Limited to provide the Indian Parliament in New Delhi with a digital, GPS-based, encrypted communication system.

In 2010, Cassidian was awarded a contract by the Indian Defence Research Design Organisation (DRDO) to supply consultancy services to the Indian Armed Forces in developing the system architecture of its Airborne Early Warning & Control (AEW&C) programme.

Cassidian maintains close cooperation with the Indian industry and R&D organizations. One example is the successful cooperation with DARE to develop a Missile Approach Warning System (MAWS) for Indian rotary wing and wide-body aircraft. The sensor has been adapted to the Indian forces’ self-protection suite and has been certified as “indigenous equipment”. It is foreseen to produce approx. 500 sensors for India’s “Cheetah” helicopter programme.

With GE Aviation bagging the contract to supply the power plant for the Tejas LCA, the US has clearly stolen a march over the Europeans in the lucrative Indian defence market. GE had offered its GE F-414 engine as an alternative to its GE F-404 engines that are fitted in the first batch of LCAs that IAF would receive in a couple of years. Eurojet had offered its EJ-200 engines for the LCA Mk II aircraft that is under development now. While initial contract will be for 99 engines for over $650 million, the option for 49 more engines could be exercised later.

Eight engines will be bought off-the-shelf, while other 91 will be manufactured in India under transfer of technology. It is being said that selection of GE engines for the LCA improves prospects for the American F/A-18E ‘Super Hornet’, as also the Swedish Gripen, over the Eurofighter in MMRCA race. It would make much better economic and logistical sense to have similar engines powering both the LCA and the MMRCA. The American multi-national conglomerate is also into making nuclear power generation equipment, which it hopes to sell to India.