The US Department of Defence is asking the Congress to approve a possible $1.4 billion sale of 22 AH-64D Apache Block III attack helicopters to India, prior to a possible selection by New Delhi. The approval is being sought in advance of a potential sale to prevent export limitation issues cropping up during the selection process. The Indian Air Force is evaluating the Block III Apache among several other options for the IAF’s next-generation attack helicopter. Also in the race for the contract for the Indian Air Force is the Russian Mi-28N Havoc attack helicopter. Already eliminated from consideration are the European contenders, the Eurocopter Tiger and AgustaWestland A129 Mangusta. 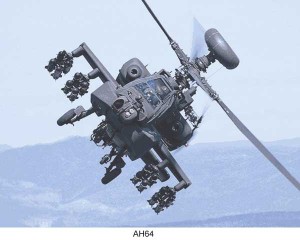 India security and defence experts are continually readdressing the subject of Homeland Security and the requirements to keep India safe on all fronts! In particular, border, coastal and port / harbour security have climbed to an even higher priority. Realities have forced us all to understand that threats can come from the sea as well as by land, and these threats must be detected while far away in order to have time to deploy appropriate forces and avoid tragedies. The threat of a small vessel or a swimmer carrying an explosive and detonating it within the seaport or on the coast amongst a crowd of civilians is a real threat that must be avoided! 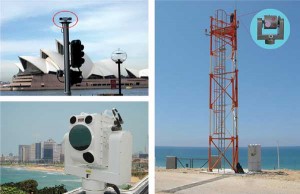 When border, coastal and port / harbour security, protection, surveillance, safety and control are a high priority, CONTROP systems can provide the solutions – 24 / 7. Whether the requirements are for long-ranges, medium or short-ranges, CONTROP’s EO / IR systems can meet the challenge. For detection of intruders – on the land or in the water (small boats or swimmers), surveillance and observation of docks and storage areas, tracking of vessels at sea and at port, vessel traffic safety or maritime environmental control, the CONTROP systems have been proven to provide the ultimate answer for border, coastline and port / harbour security.

CONTROP Precision Technologies Ltd, a privately held company in Israel, has over 25 years of experience in providing EO/IR homeland security and intruder detection systems to meet even the strictest requirements. The CONTROP systems are in daily operational use in military, law enforcement and civilian applications worldwide. 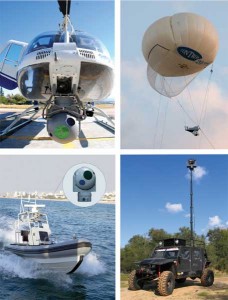 CONTROP systems are currently in daily operational service by the Israeli Military of Defense and were declared as “the ideal operational intruder detection systems for border and coastal defense”. They provide border and coastal protection in several very large-scale critical surveillance and security programs in Israel and in Southeast Asia as well as protection for a strategic seaport in Europe. In many cases, these systems were successfully integrated with radar systems, AIS systems and other sensors, to provide full coverage of the area of interest.

The CONTROP systems are unique in their detection of intruders at very long ranges – monitoring of vast areas that can’t be protected by fences or other boundaries nor monitored with lower end technologies – thereby detecting threats at greater distances, thus providing more time to respond and eliminate the threat. CONTROP systems provide proven EO/IR Homeland Security solutions where needed most.

In the second week of December 2010, Boeing received a key sensor technology for the Indian Navy’s P-8I long-range maritime reconnaissance and anti-submarine warfare aircraft from Bharat Electronics Ltd (BEL), which delivered the Indian-designed Identification Friend or Foe Interrogator – a Battle Management System to enable the P-8I aircraft to distinguish between hostile and friendly forces. 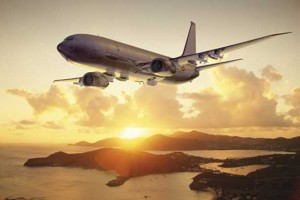 The system is to be installed during the final assemble of the P-8I at its facility in Renton in the US. To date, indigenous P-8I deliveries also include BEL’s Data Link II communications system, Avantel’s mobile satellite system and the Electronic Corporation of India Limited’s speech secrecy system.

Boeing plans to deliver the first of eight P-8I aircraft to India within 48 months of the date on which the original contract was signed which was in January 2009. India is the first international customer for this product from Boeing. The P-8I is a variant of the P-8A Poseidon that Boeing designed and is building for the US Navy.

Tata Advanced Systems Limited, which rolled out the country’s first made-in-India Sikorksy S-92 helicopter cabin from the Aerospace SEZ in Andhra Pradesh, now has plans to set up another helicopter cabin production facility in partnership with Finmeccanica’s AugustaWestland. 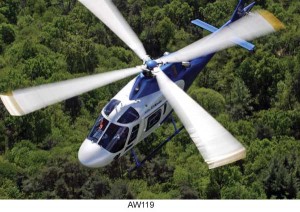 In February, 2009, the Tata Group had signed an MoU with AugustaWestland to establish a joint venture company for AW119 helicopter assembly, completion and delivery to customers worldwide. It had earlier indicated that the proposed facility’s first helicopter delivery is scheduled for 2011 and production will eventually rise to 30 units per annum.

The joint venture initiative, which set up the manufacturing facility at the aviation SEZ last year, plans to tranship the cabins to Sikorsky’s assembly unit in the US later this month. S-92 cabins, which were manufactured in Japan, would now be produced in India at Hyderabad.