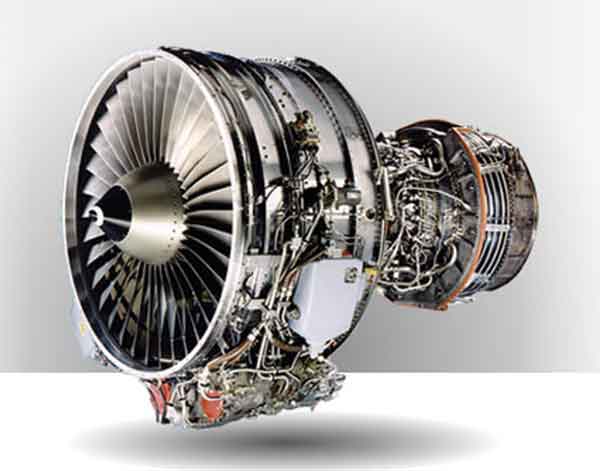 The development of aero-engines over the years has followed a path of rising propulsive and thermal efficiency. The design innovation of the ‘by-pass’ concept to enhance performance and efficiency in an engine, was a huge leap. The associated reduction in noise pollution and better combustion efficiency addressed the growing demand for climate control and environment protection. The concordance between the requirement of civil aeroplanes and military transport operations has contributed to dual-use technology which has benefitted both parties immensely. Combat aircraft requirements for high performance through varied ranges of altitudes, speeds and manoeuvres have been successfully met with. The super cruise and super manoeuvrability elements of fifth generation fighters have been effectively catered for but the quest for even better performance and weight reduction, is far from over.

Aeroplane aero-engine development began with the ‘In-line’ aero-engine for the Wright Flyer. While the basis for the engine was primarily to prove the success of powered flight, development of aero-engine technology proceeded at a rapid pace with significant advances in propulsion technologies and efficiency in a relatively short span of time. What followed the ‘In-line’ engine was the Radial Engine, the water cooled V-8 Engine, a design for a Ramjet Engine as far back as 1908 and the Rotary Engine. Greater requirements of performance elicited the creation of the first successful turbo-charger in 1918. A few years later, the first series-produced supercharged engine for aircraft use was developed, a two-row Radial engine with a gear-driven centrifugal supercharger.

The era of the Jet Engine dawned in 1930 with Frank Whittle’s first patent for the ‘Turbojet Engine’. While Whittle’s patent lapsed due to the usual British bureaucracy, in 1935, Hans von Ohain, a research student in Germany, came up with his own patent. The first bench-test of a liquid-fuelled jet engine as carried out in 1937 in England but the first flight-test of a jet engine took was conducted in August 1939 in Germany, just weeks before the outbreak of WW II. This was Hans von Ohain’s petrol engine which powered a Heinkel He 178 fighter. Frank Whittle was to see his engine take to the air only 20 months later, powering a Gloster E 28/29 experimental aircraft. These developments virtually relegated the piston engine to history in all but the smaller airplanes.

Turbojets were developed in the post-war years to power both military and civil aircraft. The world’s first jet powered airliner was the De Havilland Comet, which entered service in 1951 with British Overseas Airways Corporation (BOAC), the forerunner of British Airways.

The introduction of ‘By-Pass’ engines in 1962 further revolutionised the development of jet engines. It will be interesting to note that Frank Whittle actually anticipated by-pass engines way back in 1940 when he took out patents on ‘Thrust Augmenters’. The core of a by-pass engine is the turbojet, which is surrounded by an annular by-pass duct. The increased mass flow rate caused by the fan, or low pressure compressor upstream of the core engine blowing air through the by-pass duct increases the thrust of the engine. Consequently, the propulsive efficiency, which is defined as the ratio of the power output to the rate of change of the kinetic energy of the air, is enhanced. 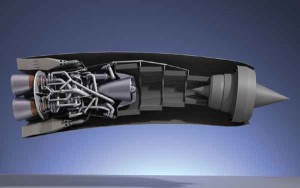 The other big advantage is that the relative low speed by-pass air, which surrounds the high speed jet from the core engine, reduces the high-pitched exhaust noise associated with turbojets. Modern turbofan engines are now capable of producing around 440 KN (100,000 lbs) of thrust, compared to 7 KN (1600 lbs) for the first turbojet engines. Additionally, Specific Fuel Consumptions (SFC) have halved and Thrust-to-Weight (T/W) ratios have increased significantly. Thus, the performance and reliability of these engines have revolutionised both civil and military aircraft throughout the world.

Aerospace engineering is a high cost, high technology sector. Design changes are visually incremental and most technical improvements occur only after considerable expenditure of time and money on Research and Development. The advent of the computer and increased capabilities of computational techniques resulted in significant trends in research, development and design of aero engines. Growth in computing power and improvements in modeling, particularly in fluid dynamics, has quickened the pace. The focus of research has been on subjects such as turbo-machinery, heat transfer, combustion and fuels, structures and dynamics, manufacturing and materials, cooling technology and fan technology.

Aero-engines are subjected to high turbine entry temperatures. Over the years, the maximum Turbine Entry Temperatures (TET) have increased from 1050 K for the Whittle engine in 1941 to more than 1800 K. What higher TET offers is better SFC and thrust; but subjects the turbine blades and nozzle guide vanes to prohibitive operating conditions. Thus ‘Blade Cooling’ came into effect and improvements in this field are an ongoing process. The internal air system is used to provide cooling air for the nozzle guide vanes and turbine blades which are subjected to the highest gas temperatures. Typically, in a modern engine, about 20 per cent of the compressed air is bled off for cooling and sealing purposes. Additionally, composite materials are increasingly being used to replace casings of engine components, previously cast from steel or titanium. ‘Sandwich’ constructions which create structures with high strength-to-weight ratios and increased stiffness are being increasingly finding a place in aero engine design.

The basis for efficient operations, whether in civil or military aviation, is more or less akin. Thus, engine technology to power aeroplanes in both the roles has a rather significant degree of commonality. Because transport requirements for military operations have many parallels with civil operations, the similarities have led to an increasing trend towards the development of military transport and tanker aircraft based closely on civil aircraft designs. The links are even closer with regard to engine development for such aircraft and they are likely to remain so in the foreseeable future. The bottom line is that large payloads have to be carried over long distances at the lowest possible costs. Because technical advances to meet military challenges have been adopted (in many ways) in advanced civil engine applications, the reverse is also true. Thus, the two-way exchange justifies the fact that basic research revolving around aero-engines for the future be supported by both agencies, in a ‘dual-use’ mode. 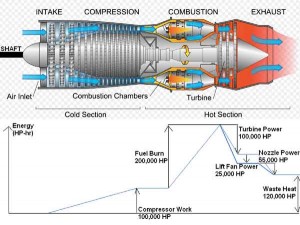 Diagram of a typical gas turbine jet engine. Air is compressed by the fan blades as it enters the engine, and it is mixed and burned with fuel in the combustion section. The hot exhaust gases provide forward thrust and turn the turbines which drive the compressor fan blades.

So what is one looking at in terms of operations of the two? Fuel efficiency of combat aircraft is in consonance with the logistics and operational needs of the military because aircraft with lower fuel consumption rates would be able to remain engaged for longer periods of time, carry additional payload, reach targets from greater distances or a combination of the three dictated by operational requirements. This would translate to lesser requirement of in-flight refueling. In operational conditions, civil transport aircraft procedures of engine start, maneuvering while on the ground and take-off may not be applicable to military aeroplanes.

Operations by combat aircraft constitute a major part of aircraft operations worldwide. Thus, there is likely to be a major difference in emission values between civil and military engines, presently and well into the future. Combat aircraft are designed for high responsiveness and entirely different mission priorities compared to those of civil operators. Combat aircraft engines are designed to extract maximum performance at the cost of accepting a shorter life-cycle, especially of high-stress components such as turbine blades and nozzles, entailing shorter periods between maintenance schedules, in comparison to their civilian counterparts. The constant demand for higher Thrust-to-Weight (T/W) ratio engines, which involve higher pressure ratios, higher peak temperatures and higher fuel/air ratios, all lead to attempts to push engine technology to achieve superior performance. Thus, in all probability, military engine technology will remain ahead of the civilian competition. Where the military needs to imbibe civil characteristics in engine design is in the area of emissions, which not only affects environmental conditions but also contributes towards ‘stealth’ characteristics, so desirable in military machines.

A major difference between combat aircraft engines and their civil counterparts is the requirement for the former to undertake extensive and extreme manoeuvres often. The combustor in the engine of a combat aircraft must be able to accommodate the consequences of high-incidence turns during combat manoeuvres, which cause unstable (sometimes severe) internal flow conditions, over a wide range of speeds and altitudes. Rapid and successful re-light, in case of a flame-out which is highly probable, is an inherent feature of combat aircraft engine design.