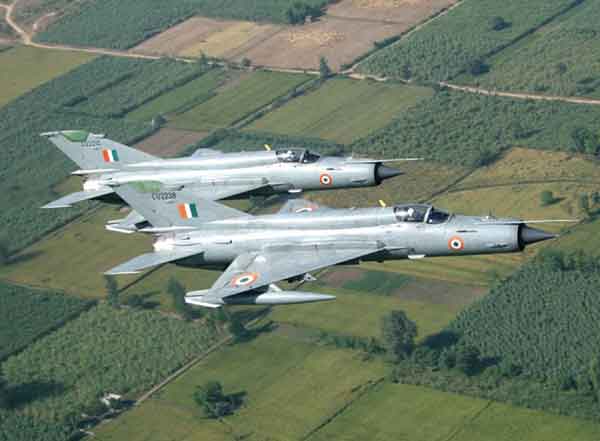 In the foreseeable future extending up to the next 20 years or so, the IAF will have to prepare for the eventuality of a hostile adversary continuing a low intensity campaign using expendable manpower and based on inexpensive low level “donkey, tent and AK-47 technology”. Due to national political compulsions, it is likely to be a reactive defense on the part of the IAF, with restrictions on cross border retaliation. We need to develop a response which uses available technology to make the tasks of intelligence gathering, target acquisition and neutralisation easier without suffering avoidable casualties.

In the mythology of a number of religions, the aerial weapon of the Gods has been frequently mentioned as the ultimate weapon. For example, the Vajra of Indra – “Aayudham Aham Vajram – Of all weapons, I am the Thunderbolt”. In modern times, the air delivered weapon had to perforce wait for the invention of the carrier or launch vehicle, the aircraft, since mere mortals cannot hurl thunderbolts from the skies by themselves.

World War I saw the emergence of the aircraft as a weapon system. Starting with unarmed visual reconnaissance, aircraft were soon fitted with machine guns. Efforts to position the aircraft to enable the weapon to bear on enemy aircraft led to the evolution of air combat tactics. Air-to-surface weapons started off as grenades and small bombs dropped over the side of the cockpit by hand to target enemy forces on the ground. By the end of this war, large aircraft and airships capable of carrying heavy bombs were in service and the “Thunderbolt” of antiquity began to come closer to reality.

Between the two World Wars, rapid firing machine guns, cannons, unguided rockets for air-to-air and air-to-surface use, high explosive, armour piercing, fragmentation and incendiary bombs as well as mines and torpedoes entered the inventories of major powers. World War II saw all these being used extensively. Towards the later stages of the war, some types of air-to-surface guided weapons made their appearance in limited numbers and effectiveness. The culmination was the use of air-dropped unguided atomic fission bombs on Japanese cities in August 1945. 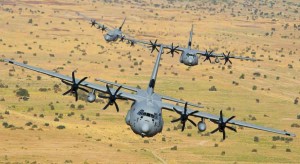 The post-war years have seen the emergence of guided weapons, in the air-to-air, air-to-surface and surface-to-air roles. In the early years of the cold war, the high altitude manned bomber carrying unguided thermonuclear weapons was the biggest threat. The air-to-air guided missile evolved to counter it. The United States Air Force (USAF) even developed an unguided air-to-air nuclear armed rocket. Vietnam and the Arab–Israeli wars showed that the aircraft cannon was essential in close range air combat. Subsequent development has included integral guns in all fighter aircraft. The Indian Air Force (IAF) realised the disadvantage of not having integral guns in its fleet of MiG-21 combat aircraft during the 1965 and 1971 wars. 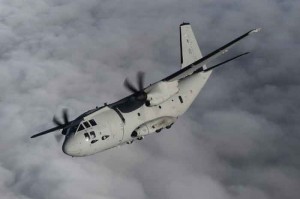 In the post-war years, helicopters began to be armed with air-to-surface weapons. When air-to-air guided weapons emerged on the scene, these were also fitted on selected rotary wing platforms giving them a limited air-to-air combat capability.

Aircraft costs have shot up astronomically and the ability of even major powers to deploy thousands of aircraft, as they had in World War II, receded into history. Defence against aircraft, both by aerial platforms and surface-based weapons systems, coupled with advances in detection technology increased the vulnerability of attacking aircraft to a greater extent than their ability to evade or absorb battle damage. Reduction in numbers of aircraft available worsened the situation.

The consequences were two-fold. Firstly, the aircraft had to evade surface-based defences of greater lethality by limiting exposure time and by staying further away from the target, although this would markedly reduce the accuracy and destructive power of air-to-surface weapons. Secondly, the amount of air delivered weapons carried by an aircraft would have to increase since the number of aircraft available had reduced. In the air-to-air scenario, an aircraft with inferior performance but operating under a better air defence detection and control system, would be able to achieve a positional advantage over a more capable aircraft and could inflict fatal damage on its adversary. The advantage that sheer numbers confer began to diminish as the inventories of combatants began to reduce. This trend is likely to accelerate in future with costs increasing exponentially.

Increase in attrition rates in air-to-surface attacks began to be evident starting from WW II. In the Vietnam War, sophisticated US aircraft took significant losses from light and heavy machine guns and WW II vintage anti-aircraft weapons of the Viet Cong in South Vietnam. A repeat on a smaller scale took place in Afghanistan where man-portable SAMs also made their battle debut. The only plus point if it can be called that, is that conventional or nuclear wars may not last long since evenly matched combatants would have destroyed one another in a short time or run out of resources. Long drawn conflicts between asymmetric forces have dragged on for years – Vietnam and Afghanistan, with Iraq joining the list now.

Weapons of greater accuracy and lethality are an answer to increased vulnerability. Accuracy degradation in combat has very often been underestimated by planners who have based weapons effect calculations on peacetime results where the target on a familiar peacetime training range is not shooting back! Training can only reduce errors to some extent. To eliminate most human error factors, some form automation of weapons delivery followed by post-release guidance is the only sure answer. This led to the start of development of guided weapons during the later stages of WW II.

The other answer is to stay outside the kill envelope of enemy defence weapons or at least minimize the time spent in this envelope. This obviously calls for releasing at longer ranges from the target and having weapons that could reach and accurately hit targets from these extended ranges. Dubbed as stand-off weapons, these weapons had the ability to accurately acquire the target from longer ranges. Making post-release guidance independent of the launch aircraft, the fire-and-forget concept also minimizes exposure time. Early acquisition at greater-than-visual acquisition ranges using electronic systems and post-release guidance offer another solution.

Night fighting capabilities and adverse weather capabilities on land, at sea and in the air were virtually non-existent in WW I and developed slowly in WW II. It has become the norm in modern wars so that military action now is not as restricted by terrain or visibility as was the case even 25 years ago. This ability requires sophisticated target acquisition capabilities coupled with weapons that can achieve accurate results without endangering friendly forces in conditions where surface and air forces operate at night and in adverse weather.

The Present and Near Future

Modern air forces have the above capabilities to a lesser or greater extent depending on their technological sophistication and training levels. Most air superiority aircraft have strike role capability as well as close air support capability since dedicated aircraft for each role is a luxury most Air Forces cannot afford.

Weaponisation of Unmanned Aerial Vehicles (UAVs) for the air-to-ground strike role is already an operational reality and combat validated. Trials of integration with manned aircraft and carrier operations have been successful. UAV designs for high speed flight, agility and load carrying capabilities akin to manned aircraft are already being developed. A revolutionary concept called the FQ-X which envisages the development of an autonomous robotic air combat drone has been mooted. If similar weapons that are carried on manned aircraft can be delivered by remote human control and by intelligent systems even acting without human interaction, operational flexibility increases manifold.