Aamir Riaz Inviting India to Join CPEC – What Were His Motives? 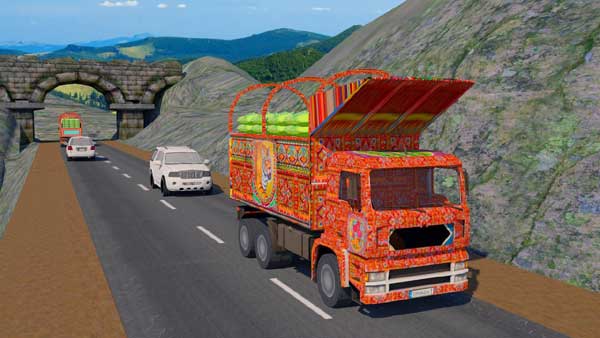 According to news from Islamabad says that in a “surprise move”, Aamir Riaz, commanding Pakistan’s Southern Command has said that India should join the China Pakistan Economic Corridor (CPEC), adding that New Delhi should “shun enmity” with Islamabad and jointly reap the benefit of the multi-billion dollar project. He reportedly said so while speaking at an award distribution ceremony at Balochistan Frontier Corps (FC) headquarters.

Pakistan’s toothless polity must always parrot the military’s dictum. That is why Nawaz Sharif from his hospital bed in London says there is no Islamic State presence in Pakistan, even as the ISI clobbered together the Islamic State (Khorasan)…

It may be recalled that in December 2013, Riaz, then a major general, was the DGMO of Pakistan when he met his Indian counterpart at the Wagah border (meeting of DGMOs of both sides taking place after 14 years) to discuss ways of ensuring ceasefire on the LoC. Some seven Indian troops had been killed during 2013 in cross-border raids by Pakistan and the Indian Army Chief had then stated that the Indian side reserved the right to retaliate at the time and place of its choosing.

The ‘surprise’ actually is the Pakistani media calling Riaz’s statement a “surprise move”. What is the surprise? Who else but the Pakistani military defines and executes the foreign and defence policies of Pakistan, particularly with respect to India and Afghanistan. Pakistan’s toothless polity must always parrot the military’s dictum. That is why Nawaz Sharif from his hospital bed in London says there is no Islamic State presence in Pakistan, even as the ISI clobbered together the Islamic State (Khorasan) in Peshawar and pushed them into Nangarhar region of Afghanistan. Nawaz knows that buttering the military can perhaps help him invest in a second apartment or more properties in London or elsewhere irrespective of the Panama Papers leak. So it is but natural for Riaz to extend such invitation to India. The motive of this invite may fool some but certainly not the Balochis who continue to suffer genocide by the Pakistani army.

Simultaneous to Aamir Riaz’s invite, are videos viral on the media of radical mullah Hafeez Saeed’s vitriolic about dismembering India, and radicalizing people and youth of Pakistan in the name of Islam – for supporting the CPEC and crush the Baloch independence movement. It is well known that post the India-Pakistan ceasefire in 2003, Pakistan moved major terrorist camps into Gilgit-Baltistan region, in addition to demographic invasion from the plains, to overwhelm the Shias of Gilgit-Baltistan, who have already been brought down from 70% to 50%.

The ongoing Operation ‘Zarb-e-Azb’ in the Federal Administered Tribal Aras (FATA) since 2014 had similar aim in targeting and subduing the Baloch population. Regional Pakistani reporters maintained that before any artillery barrage or aerial bombardment in FATA, prior information was passed on to terrorist organization so that their leaders could escape. Millions of Pakistani refugees have fled to Afghanistan mingled with ISI operatives and regulars from Pakistan’s Mujahid battalions in garb of Taliban.

Pakistan’s ISI is fuelling Islamic fundamentalism in Balochistan through its proxies and jaundiced preachers like Hafiz Saeed.

Not that the Pakistani army machinations in FATA have not had a blowback. Post the Tehrik-i-Taliban Pakistan (TTP) orchestrated massacre at the Army School in Abbotabad, the TTP spokesperson made a categorical statement that this terrorist attack was in revenge for the women and children killed in FATA due to aerial bombardments, artillery barrages and attacks. But ‘Zarb-e-Azb’ has also had a highly adverse affect in Balochistan with many radical-terrorist groups relocating to Balochistan. While the Jundallah (PRMI) was already based in Balochistan, others like the TTP and Lashkar-e-Jhnagvi (leJ) have established themselves in the region. According to Simon Schofield, senior fellow at the Human Security Centre, “The operation (Zarb-e-Azb) theoretically was aimed to drive terror groups out of FATA. These territories became less hospitable place for terror groups and the only other place they could go to was Balochistan.”

Pakistan’s ISI is fuelling Islamic fundamentalism in Balochistan through its proxies and jaundiced preachers like Hafiz Saeed. In March 2016, Sartaj Aziz, adviser to Nawaz Sharif on foreign affairs, openly admitted that the Taliban enjoyed sanctuary in Pakistan. In May 2016, Mullah Akhtar Mansour, Afghanistan Taliban chief was killed in Balochistan by US Predator strikes. He was certainly not on his first mission to Balochistan, and perhaps was perhaps proceeding to an ISI appointed rendezvous. Asad Durrani, former DG ISI says the CIA killed Mansour because he wanted to come over ground; typical of Pakistan military’s subterfuge, which has been exposed by Pakistani officers on many occasions.

Shahid Aziz, former Corps Commander of Lahore, writes about Kargil, “The whole truth about Kargil is yet to be known…..It was a total disaster…..We didn’t pre-empt anything; nothing was on the cards. I was then heading the Analysis Wing of Inter-Services Intelligence……Our clearly expressed intent was to cut the supply line to Siachen and force the Indians to pull out…There were no mujahideen, only taped wireless messages, which fooled no one. Our soldiers…the boys were comforted by their commander’s assessment that no serious response would come….Cut off and forsaken, our posts started collapsing one after the other, though the General (Musharraf) publicly denied it.”

…while all these decades Pakistan has played ‘dog in the manger’ by blocking the land route in the south-south-corridor that would have linked Central Asia with South Asia to the benefit of ‘all’ including Pakistan.

Balochistan suffered a series of deadly attacks during 2016. In August 2016, In August 2016, at least 74 people were killed in a bomb blast at the Quetta Civil Hospital, Pakistan. Later, on October 24, three suicide bombings killed at least 60 people in Quetta. Remember Nawaz Sharif says there is no ISIS in Pakistan, but ISIS claimed responsibility for this attack even though the Pakistani government blamed the LeJ. According to Simon Schofield, “There is a growing Islamisation of Balochistan and terror groups attack people who aren’t Sunni extremists….. the government allows that to happen because they attack groups the government wants to oppose, such as secular people and Shia groups. They do the government’s job for them.”

Getting back to Aamir Riaz, why doesn’t he ask his government to grant MFN status to India – a move by India not reciprocated for decades. Or for that matter permit Afghanistan to transport goods directly to India, rather than forcing them to offload at Wagah and trans-ship? What a shame that Riaz proposes India to “jointly reap the benefit of the multi-billion dollar project (CPEC)”, while all these decades Pakistan has played ‘dog in the manger’ by blocking the land route in the south-south-corridor that would have linked Central Asia with South Asia to the benefit of ‘all’ including Pakistan.

Wonder if Riaz is aware that India’s trade deficit with China rose to US$53 billion in FY 2015-2016, deficit only during April-September 2016-2017 was US$ 25.22 billion, and the deficit is likely to rise further. But economics apart, what does Riaz have to say about Pakistan’s heightening proxy war on India, of which he was party as DGMO and other avatars in the military establishment? Does he still believe that India would respond to any such offer while Pakistan continues with exporting terror to India and openly permit and support anti-India activities on her soil?

Aamir Riaz could have spoken in Mandarin, dropping pretenses that he was speaking on behest of China. He would know full well that motives behind his invite…

Clearly Aamir Riaz could have spoken in Mandarin, dropping pretenses that he was speaking on behest of China. He would know full well that motives behind his invite included following:

On balance, Riaz is only appeasing his Chinese masters, for whose support the Pakistani military sold their country’s sovereignty.

6 thoughts on “Aamir Riaz Inviting India to Join CPEC – What Were His Motives?”