A Shot in the Arm for Make in India in Defence 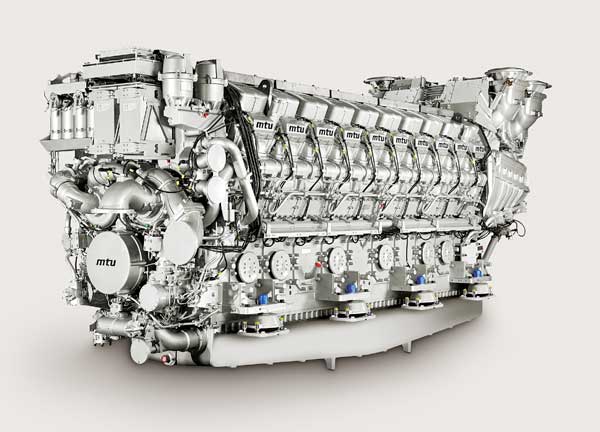 The recently concluded DefExpo witnessed two major announcements viz. to increase the order on Rafale for 36 more Medium Multi Role Combat Aircraft (MMRCA), and awarding contract for Bullet Proof Jackets to one indigenous defence manufacturers. While the first announcement has its share of controversy, the second decision has been welcomed by all those who care for improving our self-reliance index from the present level of 30% to 70% in a decade’s time. This present contract of Make-in-India comes close on heels of the order for Kamov helicopters in tandem with the Russians, to be manufactured in India.

India has been predominantly depending on imports for “weapons, sensors and propulsion” systems used by the three defence services. This is largely due to our insufficient indigenously designing capability of these critical subsystems, lack of adequate investment in R&D and poor collaboration with academia and industry for research and innovation.

The discerning observers have always been wary that even items, not involving niche technology, get imported from abroad. It is like India importing toys, mouse pads and crackers from China. The bullet proof jackets are one such item. It provides a cover to the soldiers from short range bullets from death. While these are called bullet proof in the sense that they will protect against any and all threats, they are ideally to be called “bullet resistant” and “body armour”. The US National Institute of Justice Ballistic call them body armour, as does UK Home Office Scientific Development Branch.

Broadly rifle resistant armour is of three types; (a) ceramic plate-based systems (b) steel plate with small fragmentation protective coating and (c) hard fiber-based laminate systems. The weight and stiffness of rifle armor is a major technical challenge. The density, hardness and impact toughness are among the materials properties that are balanced to design these systems.

While ceramic materials have some outstanding properties for ballistics but the old technology ceramics like Alumina have poor fracture toughness. However, the new generation ceramics like Boron Carbide have controlled cracking thus avoiding failures. The rifle plates are a composite. The strike face is ceramic with the back face formed of laminated fiber and resin materials. The hardness of the ceramic prevents the penetration of the bullet while the tensile strength of the fiber backing helps prevent tensile failure.

Many common bullets, such as the 7.62 mm standard cartridge for the AK 47 rifle, have a steel core with hardness rating ranging from Rc35 mild steel up to Rc45 medium hard steel. Additionally, as the hardness of the bullet core increases, so must the amount of ceramic plating used to stop penetration.

Like in soft ballistics, a minimum ceramic material hardness of the bullet core is required to damage their respective hard core materials; however in armor-piercing rounds the bullet core is eroded rather than deformed. The Indian forces face the threat of such hard steel core bullets and hence the threats have been classified as a special category called NIJ Level III+ which is able to stop such hard steel core bullets from AK 47.

It may be recalled that during the Kargil war, a large number of bullet proof jacket were imported at exorbitantly higher cost than they are domestic counterparts. This led to a C&AG audit para, which severely criticised the defence ministry for awarding contract at exorbitantly higher rate than L1 and for the lack of indigenous capability to put in place import substitute at cost effective rates. The DRDO has been doing research on this, as has been quite a few indigenous MSMEs. The Tatas had got into a tie-up with Israel, but the product was essentially an imported one while the stitching was only done in India! The value addition was quite minimal.

After the Modi government took over, the Make India initiative has been given a shot in the arm and a slew of initiatives like Ease of Doing Business and tax benefits to MSMEs have been given by reducing the tax rate from 30% to 25% for SMEs upto a value of 250 crores. The Mudra loan initiative has also helped in availability of easy credit from recognised banking sources. The Economist had flagged India’s basic challenge is one of “formalising the informal sector”, which constitute nearly 94% of our manufacturing sector.

One of the great advantages of the SME sector is that they are technically fleet footed, with slim overheads and invest significantly higher than the large private sector defence manufacturer counterparts and the defence PSUs. While defence PSUs like HAL and BEL earmark around 6% of their total budget to R&D, DRDO also accounts for 6% of defence budget. The major defence manufacturing behemoths like the Tatas, L&T and Mahindra and Mahindra spend less than 2% of their budget on recruiting good design engineers, R&D and innovation.

In contrast, SMEs like Ms. SMPP invest around 20-30% of their budget on indigenisation initiatives and getting consultancy from the best in the field. They also import furnaces and facilities required to produce import substitutes, of similar or better quality for the three defence services. The SME’s allocation to commitment to research and innovation is analogous to the French and Israel companies, who spend more than 15% of their budget on R&D. No wonder they are the front runners in exporting state of art systems; to other countries often outcompeting military hegemons like the USA.

The SIPRI Year Book (2019), notes with concern, how India is the largest importer of conventional weapons in the country.

The Ministry of Defence announced that it will acquire 1,86,138 bulletproof jackets for a cost of Rs.639 crore, from indigenous defence manufacturer SMPP Pvt. Ltd. SMPP specializes in bulletproof solutions and has already supplied bullet proof products to Indian Air Force, Naval Commandos, Paramilitary forces like BSF, CRPF, CISF, ITBP, NSG and state police forces of Gujarat, Uttar Pradesh, Telangana, Maharashtra, J&K, Kolkata in addition to various forces around the world. As per the contract SMPP will start the supply of jackets within next few months and complete within a period of three years. These jackets manufactured by SMPP would be ultra-light in weight and provide a 360 Degree protection. A soldier wearing the jacket is protected from all sides and can even choose to add protection of Throat and Groin as per the combat need. These Jackets meet the latest American protection standard NIJ 0101.06.

“In small proportions we just beauties see;
And in short measures life may perfect be”.

The story of the SMEs sector and the gradual transmutation of this sector as effective indigenisers in the present dispensation, is reflective of this spirit. It brings out the innate strength that India possesses to be in the forefront of developing countries as a global player in defence manufacturing like China and South Korea, who have trade surplus of $51.1 billion and $8.3 billion respectively vis-à-vis India as per the Economic Survey, 2017-18. This trend needs to be reversed. The story of indigenisation of bullet proof jackets by SMPP and its successful foray into the world market, can be a catalyst for similarly placed and technically resilient defence manufacturing units.

The present dispensation must complimented for taking a step forward in giving momentum to indigenously manufactured bullet proof jackets. The soldiers can be safe, without wearing imported jackets at exorbitant cost.