A Road Map for the New Defence Minister 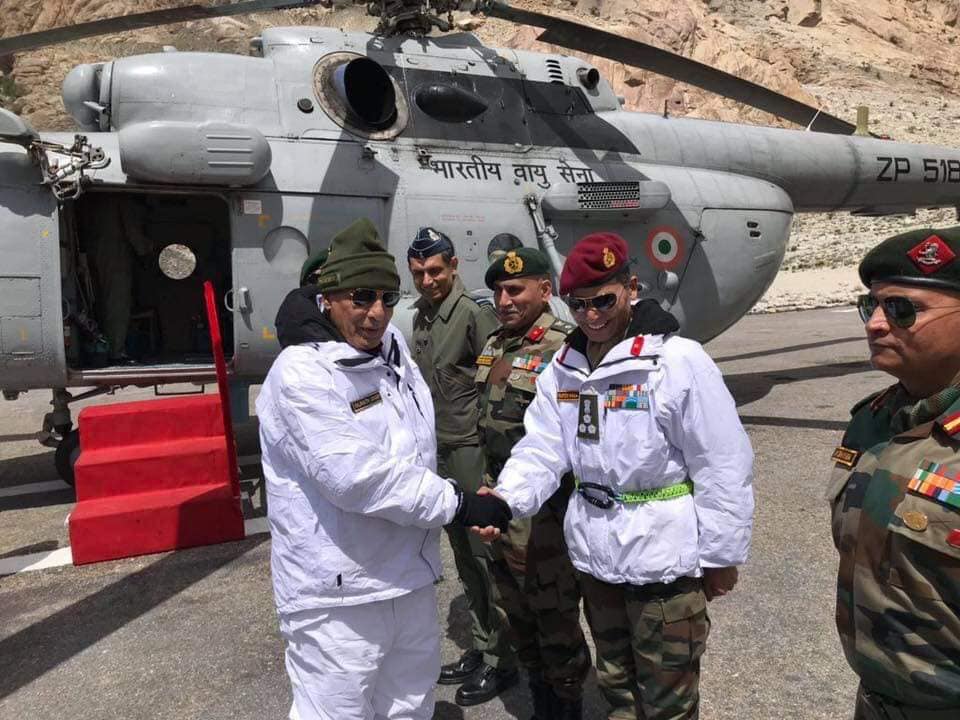 Like Mr. Modi’s googly in the general election, the shifting of Rajnath Singh to the South Block is nothing short of a Chinaman. And the country he has to checkmate in the coming years in terms of strategy and defence preparedness has to be China. Mr. George Fernandes was candid enough to term China as Enemy No 1. Rajnath is astute and diplomatic enough to eschew such public posturing. But he has to grapple with the urgent imperative of defence modernization and put in place a more credible and robust capital acquisition plan, than is presently in evidence. He has to go beyond the gloating over the Balakot strike and fanning the flames of nationalism any further, and instead take stock of the major structural, financial and strategic shortfalls that afflict the defence services.

The first disturbing trend he has to arrest is the reduction of capital acquisition allocation % from 30% during 2007-12 to 25 % during the last five years. It may be recalled that India used to allocate only 20% of its defence budget for modernization till 2004 as against 40%, which is normally earmarked by USA and NATO nations (SIPRI report). Dr. Pranab Mukherjee was the first to constitute a committee to project a Defence Capability Plan 2007- 2012, where we took note of our capability gaps in the three services, keeping in view the capability and acquisition plan of Pakistan and China, and worked out the budgetary implication. I clearly recall, Mr. P. Chidambaram, the then Finance Minister had appreciated the meticulous planning that had gone in to it our Defence Capability Plan. In financial terms, it meant that the Defence Ministry would require 3.5% of the nation’s GDP as against around 2.5%, which was being traditionally allocated.

There was another important systemic change that was proposed, viz. to have a Rolling Capital Budget for Defence, where the funds unspent in modernization rolls over to the next year. The Ministry of Railways has a Renewal and Replacement (R&R) Fund, which does not get surrendered. The Ordnance Factories also have an R&R Fund, which has helped the 40 ordnance factories to plan their machine replacement seamlessly, without being wary of possible surrender of fund. UK under Mrs. Margaret Thatcher had also evolved an End Year Flexibility Budget for Defence, so that funds unspent at the end of the Financial Year gets rolled over to the next year.

While Mr. Chidambaram appreciated these suggestions, like most innovative reports and recommendations, they have remained buried in the cupboards of despair! Now that Mrs Nirmala Sitaraman understands the difficulty of optimally using a Capital Budget and criticism of parking of funds with the defence PSUs to avoid CAG strictures, she should sit with this senior colleague Mr. Rajnath Singh and put in place a more realistic defence budget, with 30% capital outlay from 2019-20, We must put in place a Rolling Fund for Defence Modernization. This fund should include the need for building national test facilities, which will be used by all research establishments, like BARC, ISRO and DRDO, instead of DRDO monopolizing them. The DRDO has very dismal records to show in terms of designing critical defence subsystems in weapons, propulsion and sensors.

This takes me to the second area that Mr. Rajnath Singh must immediately grapple with. Mrs Nirmala Sitaraman was soft with DRDO, while Mr. Parrikar understood the fault lines extremely well. He ensured that the posts of DG R&D and SA to RM do not rest with one person, but gets handled by separate heads. He also understood that the three subsystems where our self reliance index was less than 20%, were propulsion, weapons and sensors. The DRDO is yet to build the design of an engine for the LCA or for the MBT, which are our flag ship indigenous programs. They are presently powered by a GE (US), MTU (German) engines. We have not been able to make passive seekers, and are dependent on either the French or the Israelis. Our guided systems are critically dependent on reliable passive seekers, required by all the services. All our eyes in the sky (UAVs) are sourced from IAI, Malat. The communication systems in the tank columns swear by Tadiran sets. The Army will not like to touch the CNR radio designed by the DRDO. The same story repeats for Air to Air missiles where DRDO’s Astra has been a disappointment.

Many ‘Swadeshi’ champions believe that the services are not patriotic enough to promote indigenous systems developed by the DRDO. But the reality is quite different. Neither the DRDO, nor our defence PSUs like HAL and BEL have capability to design a state of art Active Electronically Scanned Array Radars, Focal Plane Arrays for the IGMDP program, engine, or composites for making our aircrafts.

Mr. Antony in 2008 had mooted the idea of funding state of art design institutes for the three services. Mr. Rajnath Singh will do a singular service by resurrecting this important blue print for bolstering our design capability. The private sector must be actively associated in such design initiatives and be part of defence funding, instead of DRDO monopolizing the R&D kitty. The Defence Indigenization Plan 2009 envisaged that the Universities, private sector should have the benefit of funding from MOD. Mr. Singh must operationalise this sensible plan.

Way back in 1963, a committee under Mr. S. Subramaniam had brought out that India did not have the design capability to come up with a gas turbine engine. The Committee had suggested that we collaborate with major engine manufacturing and design houses of the world like GE and Rolls Royce to develop   a propulsion system for our fighter aircrafts. This was put in to the back burners by our ‘Swadeshi’ nationalists to venture in to a Kaveri engine in 1983. 24 years later with four cost revisions, Ms. Snecma did a design audit to discover that the DRDO designers do not have the capability! GE 414 engines are laughing their way to power the LCAs!

The days of bravado are over. In an increasingly hyper connected world where machine language and analytics are transforming the manufacturing space with Industry 4.0, India has to invest more handsomely in its R& D, beyond a paltry 0.8% of GDP, collaborate with world class design and manufacturing houses, make DRDO more accountable and privatize most of our defence manufacturing activities to the private sector. For a beginning it could privatize clothing and shoes for the troops, ALHs for the services and Surveillance vessels for the Navy and Communication and Futuristic vehicles. Politics is the art of making possible, the seemingly impossible.

One of the legitimate charges against Modi1.0 government was that it did not privatize enough. Banking, Aviation, Railways, Insurance and Defence Manufacturing are prime candidates for privatization if we want to reverse the present trend of decelerating GDP growth. John Maynard Keynes wrote: The difficulty does not lie in introducing new ideas, but in replacing old ones. Under Modi 2.0 dispensation, with the incredible support that Mr. Modi enjoys, his redoubtable colleague, Rajnath Singh has all the credentials to introduce these new ideas and transform India’s defence preparedness in a long term basis. As Victor Hugo wrote: ‘No army can stop a moment whose time has come’. A cocktail of decisive politics, realistic fund allocation and strategic thinking is urgently called for.

The Defence Ministry is a unique Ministry where the major stake holders are often at cross purposes. The three services bid for the moon, and given a choice will import all weapon systems and platforms. The DRDO often promises the moon in terms of indigenously designed weapons, missiles and sensors but fail to deliver. Their track record as already brought out has been dismal. The DPSUs and Ordnance factories are every one’s whipping boys. Their adherence to time lines promises, cost and quality are often nightmarish. The private sector has been looking for a level playing field with these captive PSUs and OFs. Despite recommendations by Kelkar Committee 2005 and Dhirendra Singh Committee 2015 to make private sector, strategic partners, the reality on the ground is that the private sector is still a pariah in defence production. Mr. Rajnath Singh’s task is cut out, whether to do diplomatic balancing or improve India’s dubious record as the leading importer and bolster the Indigenous Military Industry capability. Ms Margaret Thatcher proved how privatization of Royal Ordnance Factories can pave the way for improving efficiency and optimize on cost. Modi’s sweeping mandate should unleash the process of privatization in defence manufacturing, research and innovation and trim and wind up moribund DRDO laboratories and inefficient OFs and DPSUs.