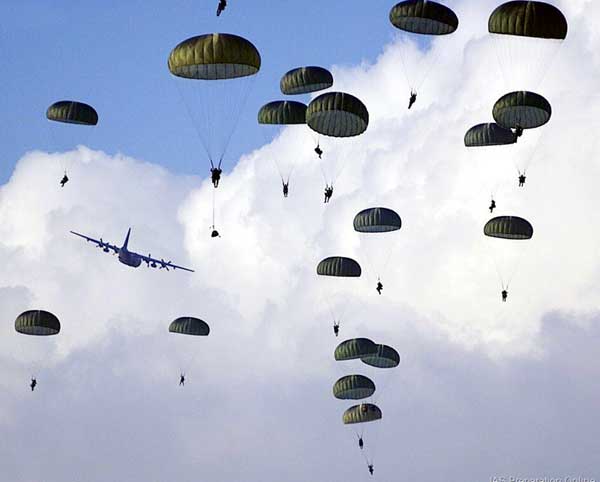 In the wee hours of the morning of February 26, 2019, India reacted to the Pulwama suicide attack on the Indian Security Forces with a “pre-emptive strike on terrorist targets” by the Indian Air Force in Balakot beyond the International Borders of J&K. That morning the civilian government in New Delhi employed its hard power and crossed that restraining threshold in its strategic defence philosophy. It took an unprecedented bold decision to act pro-actively and by doing so unshackled itself from that seventy year unilaterally imposed strategy of “restraint” whereby Indian military forces were always in a “reactive” mode.

In the Indian context a defensive strategy generally implied adopting a reactive posture – not lose an inch of territory!! Adopting such a posture forces the defender to fight the battle on its own territory…

National security in broad terms includes military as well as non-military dimensions of security. A government must clearly state the objectives of its National Security Strategy. These might be: protecting and defending the territorial integrity and national sovereignty of the country; protecting the core values of the nation as enshrined in the Indian Constitution; ensuring socio-economic development of the country must also be an objective of National Security Strategy because human security is an important component of comprehensive national security.

In a democracy, the civilian government has the military as its “hard power” element and its diplomacy and economic strength as the other elements of national power. Wars are fought to safeguard those objectives stated in a country’s security strategy. Even though India has refrained from formulating and formalising any national security strategy, as citizens, we expect these stated objectives to be met by the government.

Any nation that does not harbour a desire to acquire neighbour’s territory will obviously adopt a defensive security strategy with the aim to defend its own territorial integrity. Also, if a nation does not harbour global ambitions of power projection, for which a country needs to maintain expeditionary forces that would be then projected to such areas for furthering its interests, the security strategy adopted will again be defensive in nature.

In the Indian context a defensive strategy generally implied adopting a reactive posture – not lose an inch of territory!! Adopting such a posture forces the defender to fight the battle on its own territory which in the first place it was tasked not to lose an inch of. Even if the defender absorbs the offensive punch of the enemy, it would have been at the cost of a loss of territory. Thereafter it will now have to go into offensive mode to recapture its own territory that it lost to the enemy offensive forces.

On the other hand a military offensive has an element of surprise with regard to the three factors – the selection of an objective, the time of launch and the place of its launch; there is a concentration of forces and combat power; and the enemy has the initiative for furthering the campaign. Thus, ab initio the offensive forces have carried the battle into the enemy territory using their own territory as a spring board.

In the bargain China lost no territory in defence but forced India to lose vast tracts of its territory that India was trying to defend. That was India’s first taste of China’s philosophy of “active-defence”.

Recounting the way India fought its wars since 1947, there has been a common sinew of political hesitation. Pakistan had lured the tribals of Waziristan with promise of wealth and women to invade Kashmir. These lashkars had reached virtually unopposed as deep as the outskirts of Srinagar. Thereafter it became a long haul for the army to evict the lashkars from the state of J&K. Probably war fatigue set in on the newly formed government in Delhi as the war dragged on till 31 December 1948 and an uncalled for ceasefire was declared which resulted in unfulfilled war aims and the consequent fragmentation of J&K. Pakistan had surprised India by the pre-emptive employment of tribal lashkars to wrest the initiative. Pakistan hereafter incorporated irregulars in their wars with India and later terrorist from the numerous terrorist organisations that it harbours and nurtures.

China initiated the 1962 India-China War taking India’s “forward posture” policy as casus belli for an offensive under the genre – “Defensive Counter-Attack”!! In the bargain China lost no territory in defence but forced India to lose vast tracts of its territory that India was trying to defend. That was India’s first taste of China’s philosophy of “active-defence”.

In 1965, Pakistan had begun meddling in the Rann of Kutch area in January 1965 itself. Skirmishes in the area continued till April that year till an intervention of the British Prime Minister Harold Wilson. Emboldened, Pakistan launched a major operation in August sending in thousands of irregulars as infiltrators into J&K to instigate the local population to rise in revolt against India. This operation did not succeed. Pakistan also launched an armoured thrust through Chhamb to capture the small town of Akhnoor and the bridge over the River Chenab to cut off the vital link to areas of Rajouri and Poonch. Though India countered with offensive towards Lahore the battles ended in a stale mate. In the mountainous areas of J&K Hajipir Pass was captured as also the Bugina Buldge pushing the Line of Control to the Kishanganga River. However, after the war Hajipir and Bugina were returned to Pakistan. Pakistan failed to achieve any of the objectives it set out for the operations. However, it had forced India to ‘react’ in most of the cases.

India was forced into another war with Pakistan in 1971 when the international community failed to intervene to stop the brutal genocide perpetrated by the Pakistan Army and Razakars (again irregulars) in erstwhile East Pakistan. The burden of 10 million refugees who had fled East Pakistan and sought refuge in India was an unbearable burden on the economy. War for India was a cheaper option. However, the first military action was initiated by Pakistan with a pre-emptive air strike on 11 Indian Air Force air bases in the North-West of India that included even the air base as far away as Agra. The rest is history.

During early 1999, Pakistani troops along with irregulars surreptitiously crossed the Line of Control (LC) in Kargil area of J&K. India was again forced to react, which it did strongly and finally evicted all the intruders by 26th July that year. India’s defensive mentality was evident when the government of the day did not permit the Air Force and even the Special Forces to cross the LC in the process of evicting the intruders. Whatever be the political compulsions, militarily it was an unsound binding “term of reference” – as said in army parlance.

Hopefully, after the Balakot pre-emptive strike the Army and Air Force have synchronised their respective doctrines and can now actually launch a viable operation from a “cold start”.

As is evident in these cases India has been conditioned to be ‘reactive’ in its strategy. A pro-active and pre-emptive strategy disrupts the adversaries offensive plans and puts him on the back-foot giving own forces and initial advantage. Both of India’s adversaries, one in the West and the other in the North, follow a pro-active strategy which hinges on pre-emptive action when they perceive a threat. In the conventional and nuclear scenario to launch a pre-empt strike prior to any pre-emptive action by the enemy will be a huge strategic challenge for India. The security decision making apparatus will need to involve the military hierarchy more intimately and desist the omnipresent bureaucratic norms.

The cold start doctrine was one attempt to beat the enemy on the western borders in his game but the Army-Air Force doctrine were not in sync to undertake such an operation. Hopefully, after the Balakot pre-emptive strike the Army and Air Force have synchronised their respective doctrines and can now actually launch a viable operation from a “cold start”. The Army too needs to introspect and plan their annual operational discussions realistically. It has been the case that when there was the need to launch a quick strike by a sizable force the theatre commands were not prepared. Whether it was due to the existing hollowness or of the higher commanders developing cold feet, it is the Army’s business to rectify it. The military forces of India have to change gear to be in a state of preparedness and readiness to wrest the initiative by launching a pre-empt blow to any pre-emptive notion of its adversaries. Intelligence failures will just not be acceptable.

The pre-emptive strike in Balakot is without doubt a dramatic paradigm shift in India’s strategic calculus. It now needs to be ingrained into the nation’s strategic culture. The political dispensations at the Centre cannot dither any longer. India is now a major stake holder in global and regional affairs.

9 thoughts on “A Paradgim Shift in India’s Security Strategy”