2nd Anniversary of Surgical Strikes – how off beam can we go? 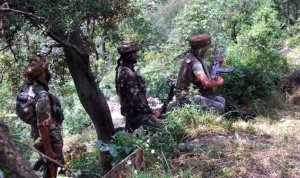 A big celebration is planned preceding the visit of President Vladimir Putin early next month. Yes, it is the second anniversary celebrations of ‘surgical strikes’ conducted two-years back in 2016.   According to media reports, a three-day extravaganza is planned from 28 to 30 September at New Delhi, most functions presided over by Prime Minister Narendra Modi including at India Gate lawn with singers like Kailash Kher and Mohit Chauhan regaling audiences with patriotic songs. Events and festivities include videos shows on Army’s valour, digital and photo graphic exhibitions and what not. But that is not all. The celebrations are to be on all India basis, given the elaborate instructions by the University Grants Commission (UGC), Ministry of Human Resources Development, Government of India, the drafts for which may have come from the PMO or the MoD.

The UGC letter signed by Rajnish Jain, Secretary UGC, directs: all higher educational institutes (HEIs) with NCC units to organize special parades on September 29, after which NCC commanders to address youth on border protection; HEIs ‘may’ organize meeting calling ex-servicemen to sensitize students about Armed Forces in protecting borders; in addition to multimedia exhibition around India Gate on September 29, similar exhibitions may be organized at all state capitals / UTIs and important towns / cantonments all over India – exhibitions to be public events and HEIs to encourage faculty and students to visit these exhibitions; students shall pledge their support to the Armed Forces by writing letters and cards, which may be produced in both physical and digital format. These letters and cards will be shared with PRO, Defence and PIB for publicity across various media, including social media; physical letters so received can be given to nearest Cantonment or can be presented to Army officials visiting various colleges for short meetings with the students. It will also provide Photo-Ops for the students; all activities are to be uploaded on the University Monitoring Portal.

Naturally, the NCC HQ has sent instructions to all the NCC HQ at State / UTI level in accordance to the above. One is reminded of how Kargil conflict came to life in Delhi through the magnificent play, ‘The 50 Day War’, by stage directors Amir Raza and Virart Husain. It was no doubt a mega theatrical play that recounted the massive Pakistani intrusions in Kargil area spread over 130 km, and how the conflict was won by India that involved evicting the enemy dug-in atop dominating heights through grit and blood. But compare the Kargil Conflict fought over so many days in harsh mountainous region devoid of cover, comparing it with the countrywide celebrations of the one-night strike by Special Forces, and the real motive of the government becomes crystal clear – politicizing the Armed Forces for political brownie points with general elections few months from now.

First and foremost any raid is surgical unless one is using air and artillery that some militaries undertake in foreign lands not bothering about collateral damage, which the India Army does not indulge in. So the prefix of ‘surgical’ is just an embellishment by the government to dramatize what it let the Army do. Trans-border strikes have been undertaken much before this government came to power albeit what is being referred to as ‘surgical strikes’ was on a larger scale targeting multiple terrorist launched pads, which was possible with precise locations ‘provided’ to us, not from own sources. It was no doubt an excellent operation executed with precision by our Special Forces and it did convey a message to Pakistan but at the tactical level.

Ironically, government embarked upon drawing political mileage out of it instantaneously. First the then Defence Minister made statements like “We taught the Army its capabilities” and “I sent them across like Hanuman”, making him the laughing stock. Next came chest-thumping that Pakistan has been taught a lesson and that cross-border attacks will end. This was followed by articles, books, movies on the strikes and even participants being brought on TV with faces covered. The Prime Minister himself has drawn enough political questions at home and abroad. One wonders if he realizes this was a retaliatory action to the terrorist attack at the Army base at Uri by four heavily armed terrorists that killed 19 soldiers in September 2016. The PM hasn’t had a press conference at home but supposing someone questions him abroad why a ‘pro-active’ strike has not been taken against Pakistan despite numerous terror attacks by them. Since the number of terrorist and Pakistani troops in the ‘surgical strike’ remains unknown one can boast big, but prudence demands end to it least the disease permeates down the line with someone already bragging about leopard piss.

As regards sensitizing the youth about Armed Forces, defending borders, their bravery and students showing respect for Armed Forces, the whole extravaganza is apparently planned by a frog-in-the-well political advisor, completely unaware of ground realities. Not only has the government flogged the ‘surgical’ strikes endlessly through electronic and print media, students and youth are more than aware of what Armed Forces are about and their acts of bravery. Besides, Army has been holding equipment exhibitions pan India to familiarize youth with the Army. Not only is Bollywood doing an excellent job on this regard, it has gone the extra mile  through movies like ‘Aiyaari’ to showcase how the mafia politico-bureaucrat nexus undercut the forces and are ready to sell the nation – cases of Colonels Hunny Bakshi and Shrikant Purohit being just two live examples.

While maintaining there is no viable opposition and no opposition leader is worth the salt, government’s own actions are in haphazard state. The Supreme Court was over-ruled in amending the SC/ST Act; non-bailable arrests were authorized without preliminary inquiry to garner SC/ST votes. Now CM of Madhya Pradesh has publicly stated no arrest will be permitted without enquiry because loss of upper caste votes is feared. The Rafale case is in SC and may keep getting postponed but on the question of Dassault-Ambani joint venture (JV), government maintains prerogative is of Dassault whom to choose as partner.  But when Russia’s Kalashnikov proposed JV with the Adani Group, which has recently entered the defence sector, to produce the 7.62x39mm calibre and AK-103 assault rifles, which are derivative of the AK-47 rifle, government has shot it down saying “If Russia wants a government-to- government deal, it cannot suggest private sector companies for JV”. Well wasn’t Rafale government-to- government deal between India and France? So it is forked tongue depending on how the political fallout is assessed.

It is not the students and youth of the country that need to show respect to Armed Forces. If that were the cases every survey would not show Armed Forces the most respected organization in the country with overwhelming majority. The Prime Minister should realize that it is the political class and the bureaucrats that need to learn how to respect the Armed Forces. If 756 Army personnel are at the doors of Supreme Court, it is also because Defence Minister Nirmala Sitharaman had given the nod to Mahbooba Mufti, then CM J&K to file FIR against Army personnel who were forced to open fire in self defence having suffered injury and burning of government vehicles by a marauding mob of over 300 stone-pelters.

Despite the Defence Minister stating she has welfare of Armed Forces and their families, martyrs, disabled, and veterans at heart, martyrs, widows and disabled continue to fight prolonged legal battles to get their dues and pensions including disability pensions? In fact, Sitharaman told Parliament that MoD will not withdraw legal cases against widows and disabled. This despite the Supreme Court lambasting MoD on two occasions for holding back dues of disabled and imposing fine for both instances. The irony is that MoD hires a battery of lawyers paying them Rs 2 lakhs each out of defence budget to fight pensions and dues of widows and disabled but MoD has not won a single case to-date. The Department of Ex-Servicemen Welfare (DESW), which has no representation of serving or veteran Armed Forces takes cynical pleasure in so doing.

The Army is asked to unilaterally cut down its strength but the civilian part of defence set up continues to bloat. The peripheral dramabazi of making students write letters to Armed Forces impresses no one. If the Prime Minister is really bothered about respecting Armed Forces, he needs tot: restructure MoD by merging HQ IDS with it; restore order of precedence of Armed Forces as was on attaining independence; resolve all anomalies since 3rd CPC through separate committee; combatize all civilian defence officials; institute same pay for same length of service, and; notify Armed Forces in Group ‘A’. The extravaganza planned for the anniversary of surgical strikes will go through anyway, but without these changes we will continue as a banana republic with powers that be continue to deal Armed Forces with disdain.

8 thoughts on “2nd Anniversary of Surgical Strikes – how off beam can we go?”