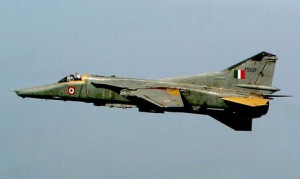 Dr. Prahlada informed that the Electronic warfare system EWS has already been integrated with MIG 27 fighter aircraft and is flying successfully.

To further conduct tests on the operational capabilities, two test ranges are being built in Chitradurga in Karnataka and Hyderabad in Andhra Pradesh. The testing centres will be operational by 2012.