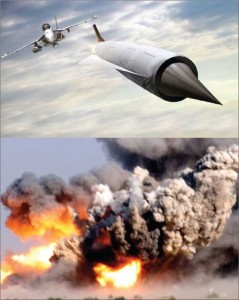 On December 19, 2014, India successfully tested a 1000-kg guided glide bomb designed and developed by the Indian Defence Research and Development Organisation (DRDO). The bomb, which was dropped in the Bay of Bengal off the coast of Odisha by an Indian Air Force aircraft, glided for nearly 100 kilometres guided by its ‘onboard navigation system’ before striking the target with great precision. The flight of the glide bomb was monitored by radars and electro-optic systems stationed at Integrated Test Range (ITR).

Multiple DRDO laboratories, namely, DARE (Bangalore), ARDE (Pune) and TBRL (Chandigarh) with RCI (Hyderabad) as the nodal laboratory contributed towards development of the glide bomb. The complete avionics package and navigation system has been designed and developed by Research Centre Imarat (RCI). India, however, lacks in several critical technologies to ensure that foreign powers cannot manipulate the country’s aerospace capabilities in future. A high-powered military committee headed by Air Marshal M.Matheswaran, then Deputy Chief of Integrated Staff, Committee, had submitted its report to the UPA stating, “For India to be truly independent militarily, we need to reckon that our defence and technological capabilities are not controlled by external forces.”