New hurdles on the road to peace in Kabul 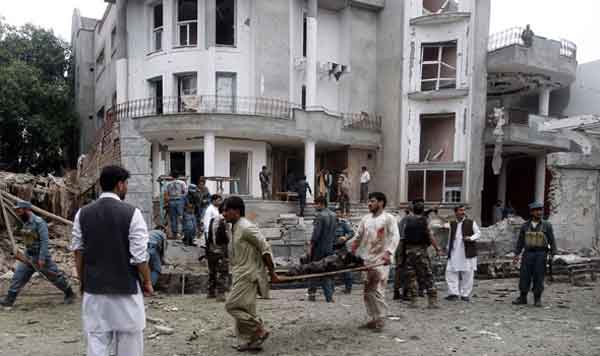 In 2014, power will be transferred to a new president in Afghanistan. The army of the United States of America will complete its withdrawal and the Afghan National Security Forces will assume responsibility for the country’s security. All these transitions seem precarious.

The new president will have to be a coalescing figure, a Pashtun with cross ethnic support, capable of providing leadership in exceedingly difficult domestic circumstances, and able to work smoothly with external partners — altogether a tall order.

The follow-up to the US-Afghanistan Strategic Partnership Agreement — the bilateral security agreement defining the status of residual US forces in Afghanistan — is facing hurdles. If the US fails to secure a suitable agreement as in Iraq, it is threatening a “zero option”, which actually demonstrates how thin its options are.

The ANSF may have the numbers and may be performing well but that does not guarantee that it can control the post-US withdrawal situation as a cohesive unit, especially if the US departs under the shadow of a political discord with the Afghan government. The ANSF lacks heavy weaponry, air power and sophisticated intelligence capability.

The economic prospects are uncertain despite external pledges of aid. A potential zero military option would not be compatible with generous long-term economic support. Big investment plans in Afghanistan by regional countries will not only depend on internal stability but also long lead times would preclude any significant immediate impact.

General instability around Afghanistan vitiates prospects too. Pakistan’s internal situation remains fraught despite recent elections. Iran has a new president but the nuclear dossier and attendant sanctions create instability. The Arab world is in turmoil, with the so-called Arab Spring having withered very rapidly. Religious extremism is spreading, and it bolsters the forces at play in Afghanistan.

India is acting responsibly in Afghanistan, supporting the emergence of a sovereign, stable, democratic and prosperous nation where extremist forces are contained and human rights, especially those of women, are respected. India is not interfering in Afghanistan’s internal affairs, arming any particular group, or providing safe havens for terrorists to carry out violent activities against the government.

India is not interfering in Afghanistan’s internal affairs, arming any particular group, or providing safe havens for terrorists to carry out violent activities against the government.

We have legitimate interests in Afghanistan and every right to be present there. The international community must reject any curtailment of Afghan sovereignty by requiring the Afghan government to give precedence to the interests of any one country over another. It is for the Afghan government to take independent decisions in a responsible manner.

India has established a strategic relationship with Afghanistan that is anchored in a long-term bilateral and regional geo-political perspective. Afghanistan and Central Asia are landlocked, and this poses particularly difficult development challenges. The entire region needs the broadest possible choices for economic partnerships. As southern Asia‘s biggest economy, we can substantially contribute to regional development. Afghanistan has huge mineral resources that await exploitation. India is ready to make large investments in this sector, beginning with iron-ore extraction. This requires easier Indian access to Afghanistan, which Pakistan is as yet unwilling to provide.

India is investing in the Chabahar port in Iran for access to Afghanistan as well as in Central Asia. Sanctions by the US and the European Union on Iran hinder such projects to give Afghanistan alternative options for trade routes and encourage foreign investment there. Indian investments in Iran, directed specifically at stimulating the Afghan economy, which are at present dependent on foreign assistance and income derived from foreign military presence on its soil, should not be opposed by the US government. India took the initiative to organize a Delhi Investment Summit on Afghanistan in June 2012. India’s bilateral aid to Afghanistan has reached $2 billion. Some external critics see this as an effort to seek undue influence in Afghanistan. If we consider India’s overall foreign assistance programme and the billions Indian companies are investing abroad, this is not too large a sum.

The US, Britain and other nations are reaching out to the Taliban in a troubling way. The red lines drawn up by the international community for a dialogue with the Taliban are being blurred by Nato’s anxiety to withdraw by 2014, whatever the ground situation. This strengthens the negotiating hands of the Taliban groups in Pakistan as they know time favours them.

The rhetoric remains that the reconciliation process should be Afghan-led and Afghan-owned, but direct US overtures to the Taliban discount this. Latest statements from the close circle of President Hamid Karzai express deep concern about potential US understandings with Pakistan on Afghanistan and the possibility of south and eastern Afghanistan being handed over to the Taliban, leading to the country’s division and an all-out conflict.

We have been constructive in our dealings with the US on Afghanistan and mindful of its interests there, despite serious provocations from Pakistan, including the terrorist attack against our embassy in Kabul.

The end-game in Afghanistan is being played out in an atmosphere of suspicion and bickering amongst the principal players. The manner of the opening of the Taliban’s Doha office has worsened matters. In declaring themselves the Islamic Emirate of Afghanistan, the Taliban made their own end-game clear. The argument that the Taliban’s various currents, including ‘moderate’ ones eligible for accommodation, needs to be questioned after what has transpired in Egypt where the same arguments of distinguishing among the various strands in the Muslim Brotherhood and welcoming its assumption of power (an interim government is running the country now) have been proved wrong.

India does not want conditions of ethnic conflict to be created again in Afghanistan. The root of the problem is external support for Afghan extremists for attaining Pakistan’s military ambitions. So long as safe havens for extremists exist outside Afghanistan, the country will remain under the shadow of violence. It is a hugely perverse notion that the real problem in Afghanistan is the rivalry between India and Pakistan. Those failing in Afghanistan should not point the finger at India. India is not responsible for the rise of religious extremism in the region or the civil war in Afghanistan after the Soviet departure. It did not put the Taliban in power in Kabul or had a hand in sheltering Osama bin Laden in Afghanistan. It bears no responsibility for the US/Nato military intervention in Afghanistan. The Taliban/Haqqani groups are not killing Nato soldiers at India’s behest. India is not the cause of US drone attacks in Pakistan.

We are not seeking an exclusive relationship with Afghanistan and accept that it should have friendly relations with all its neighbours. India and China are now conversing on Afghanistan. India can discuss Afghanistan with Pakistan constructively, including the question of transit facilities. The new government in Pakistan should think along such lines, rather than allowing the nation’s policies to be guided by the ambitions of its armed forces. We have been constructive in our dealings with the US on Afghanistan and mindful of its interests there, despite serious provocations from Pakistan, including the terrorist attack against our embassy in Kabul. The US should not penalize India’s interests while according Pakistan an enhanced role in Afghanistan.

Apropos the dialogue with the Taliban, the US special envoy for Afghanistan, James Dobbins, said that while the US did not know how this dialogue would develop and whether it would lead to peace, it was worth trying. India would hardly find re-assuring such an uncertain strategy of talking to a retrograde force supported by a State whose truck with terrorism is well known and whose military is bent on advancing its disruptive strategic ambitions in the region. The attack on the consulate in Jalalabad validates our concerns.