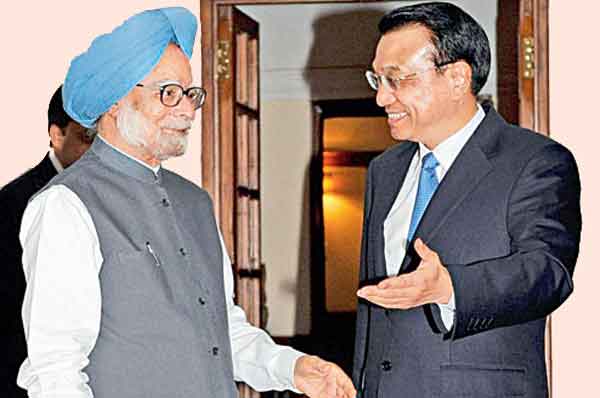 Nepal’s efforts to establish a parliamentary democracy have had their difficult and almost hopeless phases for the last decade where political fault lines accentuated since the assassination of King Birendra. The country will hold elections on November 19 if all goes well.

China may be unable to match India’s economic and political profile in Nepal. It will thus lie low as it gradually builds its capacities over the years.

There is still some bad news with threats of boycotts and an armed struggle by breakaway elements of the Maoist hardliner camps. In reality, these groups may just be hoping to scuttle the elections, and chances of political stability in Nepal remain low. Nepalese politicians, with some gentle nudges from India may be able to find their way but what should worry India is the growing presence of China in Nepal.

Chinese long-term planning for its periphery is different. In Nepal, it leaves the political wrangling and sorting out to India. Their suggestion to Nepal that it should consult India and rely on it for economic development is a smart move. Indian involvement, however restrained and subtle to the point of non-existence at times, gives India the role of a marriage counsellor where one of the two parties is always less happy than the other. The Chinese approach in Nepal is similar to theirs in Pakistan. It preserves its ‘higher than the mountains deeper than the oceans’ friendship with Pakistan by playing on that leadership’s fears of India, provides vital military and nuclear assistance and invests in infrastructure projects that benefit China first. The Chinese leave political wrangling and manoeuvring to the Americans who remain prime targets for Pakistani anger and perfidy despite all the assistance they give.

For the present, China may be unable to match India’s economic and political profile in Nepal. It will thus lie low as it gradually builds its capacities over the years. China thus concentrates on strengthening its strategic position by being equidistant from all parties and offering assistance for infrastructure and economic development of the country. China has now become a reliable partner in Nepal’s development, in the areas of infrastructure and human resources development, education, health and food assistance. Tourism and the volume of Nepal-China trade have grown along with the remarkably wide trade imbalance. China has sought to push its business and strategic interests by developing road networks across the Himalayas from Tibet.

China has also successfully sought a thrust towards India’s Gangetic heartland by pushing into Nepal. It took 22 years to construct the Qinghai-Lhasa railway, accompanied by massive infrastructure development in Tibet of highways, airports and military bases. Now China plans to extend the railway from Lhasa to Yadong and Zhangmu on two flanks of the Nepalese border after extending the rail link to Xigatse in Tibet close to the Nepal border. Nepal wants that this link be eventually connected to Lumbini on the Indian border. In response to this, India has proposed six rail links with Nepal in Birgunj, Biratnagar, Bardibas, Nautanwa, Nepalgunj and Kakarbhitta.

While the Chinese have kept us embroiled with their visa tactics in Arunachal, intrusions in Ladakh as part of an unsettled boundary issue, and nuclear plants to Pakistan they have long endeavoured to seek access and presence south of the Himalayas. They appear to be succeeding in Nepal.

In addition to the Lhasa-Kathmandu road link, the Chinese have built a four-lane concrete highway through Eastern Nepal, terminating close to the Siliguri corridor. Nepal too has sought Chinese support to construct four highways on Nepal-China border. While the Indian requests for opening consulates at Biratgunj and Nepalgunj await Nepalese approval, the Chinese will open a consulate in Pokhara in exchange for a Nepalese consulate in Guangzhou. In exchange for all this, the Chinese have succeeded in a change in Nepalese policy towards Tibetans fleeing from Tibet. On a visit to China in July this year, the Nepalese Army Chief, General Gaurav Shamsher Rana, promised that Nepal would take strong action against any ‘anti-Chinese’ (short hand for Tibetan) activities in Nepal. China and Nepal agreed to widen their defence and security ties including training cooperation.

The Chinese have been establishing a number of private language institutions and one Confucius centre in Kathmandu University to “spread Chinese language and culture.” Apart from one such language centre in Pokhara, other centres are along the Nepal-India border

While the Chinese have kept us embroiled with their visa tactics in Arunachal, intrusions in Ladakh as part of an unsettled boundary issue, and nuclear plants to Pakistan they have long endeavoured to seek access and presence south of the Himalayas. They appear to be succeeding in Nepal. India and China signed various bilateral agreements during Prime Minister Man Mohan Singh’s recent visit to Beijing. This should not detract from the fact that an enhanced Chinese presence in Nepal will mean increased vulnerability of our northern states from Himachal to West Bengal.