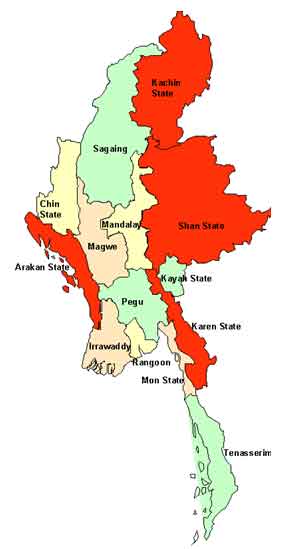 It is unbelievable but it is true that the Northern Rakhine has not seen any fighting since the last General Election on 8th November 2020.  It does not appear to be an accident but a conscious decision taken by both sides- the Tatmadaw, the Myanmar Army and the Arakan Army.  This is a good and a rare opportunity to declare a cease-fire, conduct the elections that were denied to the nine townships in Northern Rakhine and build on it to effect an indefinite cease-fire that may pave the way for a dialogue between the Arakan Army and the Myanmar Government and its Army.

Reports indicate that the Tatmadaw and the Arakan Army are holding indirect talks to try to build on a month’s lull in fighting since the elections.

Except in Northern Rakhine, cease-fire exists in all other places and the reason for the AA to ask for nationwide cease fire is not clear.

The Tatmadaw in its response welcomed the statement and said that it would do its best to negotiate for bye lections in this region.

At this point, Japan appears to have entered into negotiating with the rival parties to create conditions for conducting the elections.  Its Special Envoy Yohei Sasakawa travelled to northern Rakhine State on 28th November to meet the political parties in areas where voting was suspended.  It is interesting to note that Sasakawa’s visit to northern Rakhine was made possible by the Myanmar Army (Tatmadaw) which planned and arranged the visit.

Prior to his visit to Northern Rakhine, Sasakawa met the Army Chief before and after the elections as also the State Councillor Suu Kyi.  He said, that to have a fair election is of extreme importance for the election to be held in the remaining nine townships.  He added, “I hope it does happen.”

Sasakawa is the Chair Person of Nippon Foundation.

Following the informal halt to the operations, the people in the Northern Rakhine are said to be immensely happy. No more Gun fire or artillery barrage in places like the Kyauktaw township that lies on the border of Chin and Rakhine areas.

First, if and when an election is held, it will enable more than 1.2 million voters who were denied the opportunity earlier will now get to elect their representatives.  Secondly, the ANP- the Arakan National Party will surely win many seats denied to them and will be the genuinely elected entity by the people to take care of their interests.

For the elections to take place and hopefully to be followed by dialogue and continuation of a cease-fire, it needs the willingness of all the stake holders- the Army, the Government of NLD led by Suu Kyi as well as the Arakan Army.

Media reports indicate that the NLD is not very enthusiastic about conducting the election although the Rakhine State Election Sub Commission is willing to hold the election.  Their objections do not appear to be serious ones and can be over come if it is willing to have the elections.

After all in the election manifesto, the NLD, out of four objectives, two related to the security.  One was resolving the Peace Process and another was improving People’s well being and security.  They are also committed to  ensure the emergence of a democratic Constitution.  If so how can they continue with the disenfranchisement of over 1.2 million voters?

The NLD’s objections are two fold- First, the legal one.

Firstly to call it a “bye election” is itself a misnomer.  Bye election takes place when a seat gets vacant and this presumes that the seat was filled but vacated due to various reasons.  Here the seats were never filled and one could only call it as election to the seats not held during the General elections.   At any rate when the Army is also in the loop wanting to hold the election an amendment to the Elections law can be done with ease.

The second objection is tougher.  It may be recalled that the Arakan Army kidnapped three contesting candidates of the NLD prior to the election and are still in custody.  The NLD wants them to be released before any election can take place.  The Arakan Army is willing release them in exchange for some of their members in custody with the establishment.  NLD so far is unwilling to exchange.  The NLD needs to reexamine the issue and should be willing to exchange.

A cease-fire in the region followed by elections with the cooperation of both the Myanmar and the Arakan Army will set the stage for peace in the region which is badly needed.  It is of interest to India too.  Its ambitious multi-modal Kaladan Project that seeks to reach the North Eastern parts of India starting with Mizoram will be a game changer once there is permanent peace.

As said earlier this is a rare opportunity that should not be missed. There will be some give and take but that is needed for any conflict to be resolved.