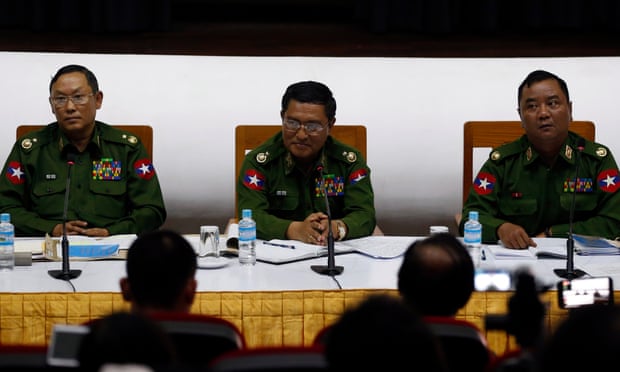 On 4th Jan that happens to be the Independence Day of Myanmar, Armed Arakan Army Insurgents numbering over three hundred attacked four Border Posts at Buthidaung in the Northern Rakhine State killing over 13 Policemen and injuring many more.

Though there have been sporadic attacks in the past by the AA, this is the first time that the Arakan Army has inflicted a major blow to the security forces in its home ground-the Rakhine State.

The attack by itself has many serious implications.

The Rakhine State though rich in resources is the least developed State in Myanmar.  It has 70 percent Buddhists and 30 percent Muslims with the latter more concentrated as one goes towards North- Bangladesh.

The Rakhines formerly Arakanese) have a proud history with an unbroken independent Kingdom for over 350 years from 1433 to 1785 until it was captured by the Burmese King.  It was later ceded to the British after the First Anglo Burmese War and has remained inaccessible from outside.

The Arakan Army has now consolidated itself with 7000 men and has been gaining momentum.

The Arakan Army is led by a popular General Twan Hrat Naing and is admired by poor rural youths, educated people and the politicians.  Subduing them in one major operation as the Army is trying to do now may not work. The movement of ‘Arakan Dream 2020’ is gaining momentum and cannot be subdued by military operations alone.

The NLD refused to share executive power at state level after the Arakan National party won a majority votes in Rakhine State In the 2015 election and the NLD has not been giving due respect to the proposals mooted in the parliament by Arakan parties. This is another grouse of the Arakan People.

The problem is that Myanmar Army does not want to recognize that there is a very heavy presence of the Arakan Army in the Rakhine State.  This has to change.  The AA does not seek independence. All it wants is a ’Confederate Status’ as declared by Gen. Naing.  The Government of Myanmar and the Army should call for cease fire and initiate a dialogue with them as they intend to do with the other three members of the Northern Alliance. Accepting them as equals as other Ethnic Armed Organisations would help.  To deny its existence just because it happened to be formed after the promulgation of the Myanmar Constitution is to deny the ground reality.

Needless to say that India should establish a communication channel to the AA also so that the conflict does not spill into Indian territory. It has to be in touch with the Bangladesh security authorities too as it is generally accepted that the ARSA is now well entrenched in the Rohingya refugee camps in the Cox’s Bazaar area.