Russian and Indian teams on the Flight Deck of Vikramaditya 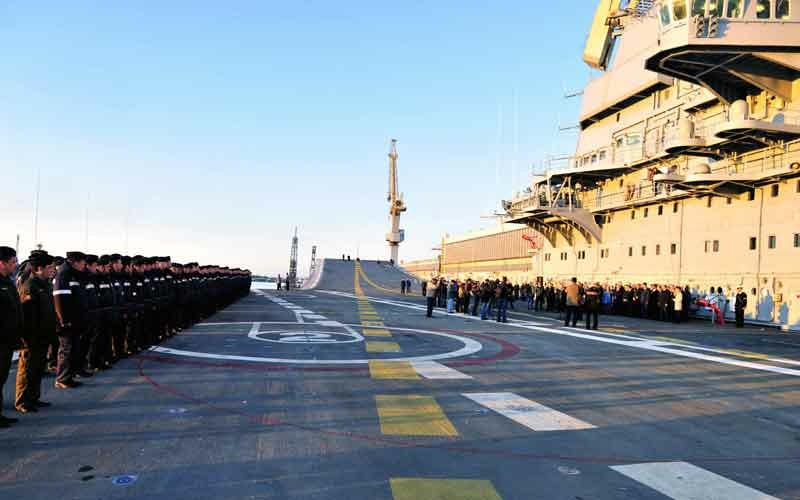 The 44,500 tonne, steam propelled Gorshkov is the second of the series of thre aircraft carriers, Minsk, Baku (renamed Gorshkov) and Ulganov built to succeed the Kiev class carriers. Baku had commissioned in 1987, served in the Soviet Black Sea Fleet and later in Russia’s Northern Fleet. She was operational until 1996.