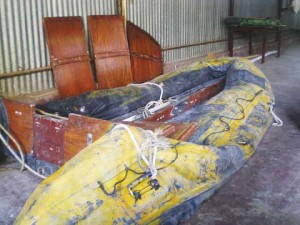 The 26 November 2008 terrorist attack on Mumbai was India’s own 9/11. Immediately in the aftermath of the attack several measures were taken to identify and rectify the mistakes of that fateful day. The Maharashtra government appointed a two man enquiry commission consisting of a former union home secretary and a former official of RAW (India’s external spy agency). The then newly appointed home minister Mr. Chidambaram (in place of a laid back predecessor) also took several measures at the central level. Essentially the reforms/changes were in terms of functioning of police and intelligence operations as well as NSG (National Security Guard) that deals with anti-terror operations all over India.

Many things have certainly improved in terms of CCTV cameras, creation of anti-terror force at state level (Force One of Mumbai police) and creation of regional hubs for NSG in order to cut down the response time. Remember the NSG took nearly 48 hours to reach Mumbai during the 2008 terror attack. India is indeed better prepared to face a similar attack compared with ten years ago.

There are however several flaws in Indian approach. There was over emphasis on ‘anti-terror’ or passive measures as opposed to active counter terror actions. It took the Uri attack two years ago for India to carry out surgical strikes inside Pakistan as a counter terror operation. Jury is still out on the efficacy of this measure as ‘deterrent’ to further terror attacks. The one major flaw in post 26/11 reforms was that India approached this as an internal security issue falling in the domain of Home Ministry. There is very little information available in public domain about consultations with ministries of defence and external affairs. The defence ministry comes into picture as the armed forces have the wherewithal in terms of special forces as well as infantry commando platoons (30 men approx.) that is as well trained as the NSG. The defence ministry also comes into focus since it is largely accepted that the terror attacks was a handiwork of ISI (Inter-Services Intelligence) of Pakistan that works under its army chief. Ministry of external affairs involvement is in terms of the fact that terror attacks in India are a larger part of Pakistan’s policy of using terror as an instrument of power to achieve its aims in Kashmir as well as more farfetched ‘Gazwa e Hind’ or conquest of India. If ever there was a case for national response as opposed to Home Ministry reforms, this was it. The whole gamut ought to have fallen into the lap of NSA or National Security Advisor and the Prime Minister himself.

The biggest failure however is at the national level. Our citizens and political parties of all stripes have failed to have a consensus on dealing with the terror threat. This is direct contrast to say the American response to 9/11, where both the Democrats and Republicans buried their differences. Let us understand that 26/11 was NOT a one off operation but has a long history. Right from the days of so called ‘moderate’ Ayub Khan ( of 1960s), Pakistan has a conviction that India is a fragile country and will sooner or late breakup into small parts. The terror attacks have to be seen in conjunction with this abiding strategy of Pakistan.

Since there is no evidence that Pakistani army (the real ruler of that country) has given up this strategic aim, we should expect a repeat of 26/11 like attacks in future as well. Possibility is that instead of large metros, the target may shift to smaller tier II and III cities that do not have NSG presence. Here this author’s long made suggestion of equipping the infantry commando platoons at the NSG level should make sense. This will make sure that we have well dispersed quick response forces spread over the country. Since the terror attacks would be made by small groups, a well-trained and equipped platoon should prove adequate for the task. These could then be integrated into the aid to civil authority plans at various levels.

Since quick response and unity of command are vital in such operations, we must evolve a protocol where the authority to call for military aid in case of terror incident be devolved to the local police official of sufficient rank. Necessary law needs to enacted by the parliament to that effect.

Let us not beat around the bush, on 26/11 we were lucky in that the LeT (Lashkar E Toyiba) choice of target was ‘filmy’, to garner maximum publicity. In future that may not be so and LeT may well go in for more strategic targets like industrial plants etc. It may well also target religious gatherings in order to promote backlash and chaos within India. The only defence against these is a societal solidarity and citizens co-operation with police. Currently that is sadly lacking.

But most importantly our politics has to evolve into more mature response to terrorism and shun deliberate divisive politics. Only then will Pakistan be forced to revise its strategic calculation of working for breakup of India and give up its addiction to use of terror by proxy.