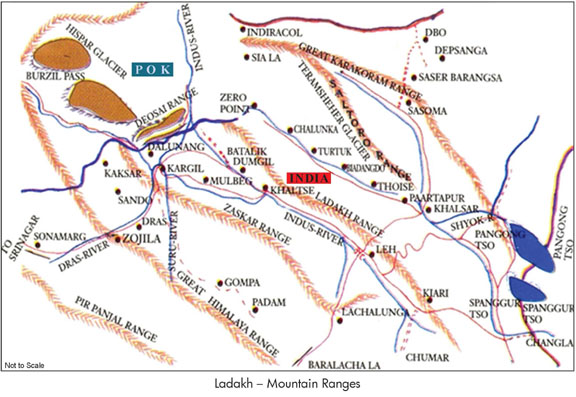 One of the most shocking episodes of the 1962 conflict with China was the fact that Indian officers on the ground, particularly the commanders of the 7 Infantry Brigade and the 4 Division, had to beg Delhi for a map of the area they had to defend. It is said that a senior officer had to once draw a map on a piece of paper for his troops who had to establish a new post.

The Directorate of Military Operations and the Ministry of External Affairs’ Historical Division kept promising that the maps would soon be provided, but till the massive Chinese attack on the Indian forces in the Tawang sector on October 20, 1962, the maps never came.

Fifty-eight years on, as a disengagement of the Chinese forces is said to be taking place in Ladakh, is the situation really better?

It is not certain. For instance, the Indian troops have no maps of the Line of Actual Control (LoAC), only ‘perceptions’. This is undoubtedly a serious failure for those who have been negotiating with China.

There is also unfortunately a lack of strategic thinking (and training) among the diplomats posted in South Block.

One aspect is definitely worse today than in 1962. In the 1990s, it was decided to close down the MEA’s Historical Division – it was not required, it was thought, as all-knowing officers understood everything and did not need to be briefed on the historical intricacies of any particular situation.

Since then, the MEA does not have a Historical Division and the Boundary Cell is only manned by a very junior Army officer.

The present events in Ladakh have shown us that in today’s world, nobody can fight just an infantry battle, even if it is backed by a diplomacy able to bring back a semblance of “peace and tranquillity” post-conflict.

India should take a leaf out of the classic ‘Unrestricted Warfare”, written by Sr Col Qiao Lang and Wang Xiangsui some two decades ago. The Chinese officers advocated “Ten Thousand Methods Combined as One”; they believed that “the struggle for victory will take place on a battlefield, beyond the battlefield”.

Historical and strategic knowledge are a must – they are part of modern warfare.

It is also high time that the defence ministry’s newly created Department of Military Affairs set up its own cell or directorate for the history of the Indian borders. How can officers be sent with important responsibilities on the borders without proper historical background?

There is one more reason why the Indian National Defence University (INDU) should be made functional at the earliest. In September 2019, The Times of India wrote: “Fifty-two years after it was first mooted and over six years after its foundation stone was laid, the Indian National Defence University is still missing in action due to politico-bureaucratic apathy and wrangling.”

The INDU was first mooted in 1967. It was advocated by the Adi Sethna Committee (1980) and the Kargil Review Committee (1999), and the foundation stone was laid at Binola (near Gurgaon) in Haryana on May 23, 2013, by then PM Manmohan Singh. The construction of the main building and teaching infrastructure cannot commence till the INDU Act, 2015 is passed by Parliament. Apparently it is still awaiting approval from the Union cabinet!

Interestingly, while 66% students were to be from the armed forces, 33% were to come from other government agencies, police and civilians. Why can’t it be made compulsory for diplomats who will deal with border areas, to attend courses for a year or two? And perhaps, as important as the institutions is a change of mindset in the bureaucracy.