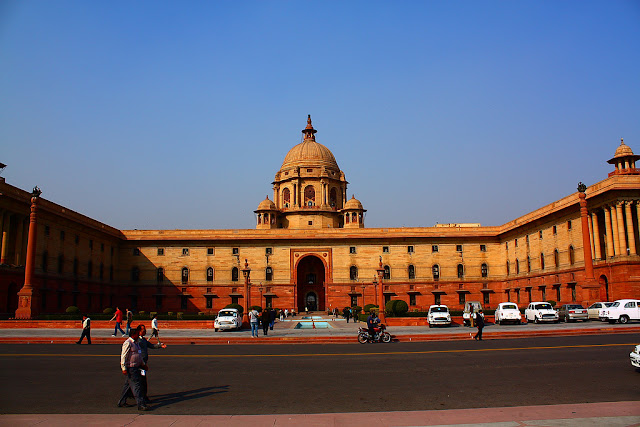 With the country approaching the General Elections, one rarely comes across good news. However, the “transformative” reforms, soon to be undertaken by the Ministry of Defence, are an encouraging sign that a few things in India are changing. According to PTI, the idea is “to make the 1.3 million-strong force leaner and meaner as well as  enhance its combat capabilities.”

Defence Minister Nirmala Sitharaman has approved the first batch of reforms, which include relocation of 229 officers from the Army headquarters to operational postings, reorganisation of the Army Headquarters and the setting up of new wings for vigilance and human rights issues. Particularly interesting is the creation of a post of Deputy Chief of the Army Staff (Strategy) or DCOAS, which will deal with military operations, military intelligence and operational logistics. Then there will be a new information warfare wing “in keeping with the needs of the future battlefield, hybrid warfare and social media reality.”

The Modi sarkar finally realised that the war of tomorrow will be “hybrid”— “unrestricted warfare” in Chinese terminology — and primarily needs a change of mindset. The Chinese understood this long back. In 2003, China’s Central Military Commission approved the concept of “Three Warfares” — one, the coordinated use of strategic psychological operations; two, overt and covert media manipulation; and three, legal warfare designed to manipulate strategies, defence policies and perceptions of the target audience abroad.

Remember the Doklam incident of 2017, where India won a battle on the ridge in western Bhutan by not allowing China to change the status quo and build a strategic road near the trijunction between Sikkim, Tibet and Bhutan? But Delhi lost another battle. That of the legitimacy of its claim. While everyone in India applauded the forces, which prevented the construction of the road, Delhi was unable to articulate the background of the standoff although it had strong legal and historical arguments. At the same time, the Chinese repeatedly quoted a 1890 Convention between Great Britain and the Manchus. The spokesperson of the Chinese Ministry of Foreign Affairs in Beijing vociferously managed to convince the Indian media posted in Beijing that it was a valid basis for the Chinese action at the trijunction.

The fact that in 1890, the main stakeholders, Tibet and Sikkim and Bhutan, were not even consulted, made it an “unequal” treaty without validity (in any case, the survey of the trijunction was done only several decades after the agreement was signed).

The Convention of 1890 proved to be of no use to the British as Tibet never recognised it; this eventually led London to directly “deal” with Lhasa, send the Younghusband expedition there in 1904 and open the doors to the tripartite Simla Convention between British India, Tibet and China sitting on an equal footing in 1914. Since India did not object to the argument behind the 1890 Convention, it meant that the subsequent treaties signed with the Tibetans, particularly the Simla Convention and the border agreement (defining the McMahon Line) in 1914 would have no validity; as a result India would lose its defined border in the Northeast.

The main factor which has led to losing the battle of information is the lack of a Historical Division in the Ministry of External Affairs (MEA). While the Ministry of Defence gets ready to undertake bold reforms, the MEA seems lethargic (at least for an external eye). It is difficult indeed to imagine today the MEA looking at its failure and taking initiative to reform its functioning; it seems beyond the capacity of the mandarins of South Block.

In May 2016, a parliamentary committee on foreign affairs had suggested expanding the manpower in the Indian Foreign Service (IFS), providing lateral entry into the IFS and organising a separate exam for the service. All this is fine, but what about reviving the defunct Historical Division?

How can a modern State,  which wants to be a “Great Power,” function without a Historical Division to which these types of issues (such as the historical background of the trijunction) can be referred for clarifications and advice, is beyond comprehension.

In the early years after Independence, the Nehru government established a Historical Division with S. Gopal (President Sarvapalli Radhakrishnan’s son) as its first head. Shivshankar Menon, a former foreign secretary and national security advisor, in a book review of Gopal’s Collected Essays explained: “For reasons I find incredible and incomprehensible, the Historical Division was wound up by the MEA in the nineties … some of our present difficulties may indeed be due to a lack of memory.” Today, the MEA has just a Boundary Cell headed by a Lieutenant Colonel, while it should be looked by a Joint Secretary-rank officer (or may be a Major General with intimate ground knowledge of the boundary).

Why was the Historical Division closed in the first place? It seems that in the 1990s, an all-knowing diplomat believed that it was not necessary. Is there a resource base  today with the will and the capacity to tackle such a thorny issue today?

For the Ministry of Defence, the best would be to forget about the MEA and reorganise itself to bring together all historical records in a well-organised manner (a place where documents would be available when required for operations, public information or other purposes), while keeping a strict classification process.

To keep these records, the Ministry would have to employ a team of professional historians, recruited through lateral entry and who would be given the necessary security clearance (with the punishment it entails if the rules are bent …for illicit photocopies for journalists “seeking the truth”). This move would allow a centralisation of all the historical records kept in different MOD departments. The Directorate of History and Records (or whatever name the Office is given) would make historical documents or notes available to the DCOAS (Strategy) or any other officer requiring them.

It would have an added advantage, the MEA may be able to wake up and decide to recreate its Historical Division.  This “reform” could greatly enhance the capacity of the defence forces to fight the hybrid war of tomorrow.

This article Know your history appeared in the Edit Page of The Pioneer.