J&K: What Pakistan can do and how India should respond 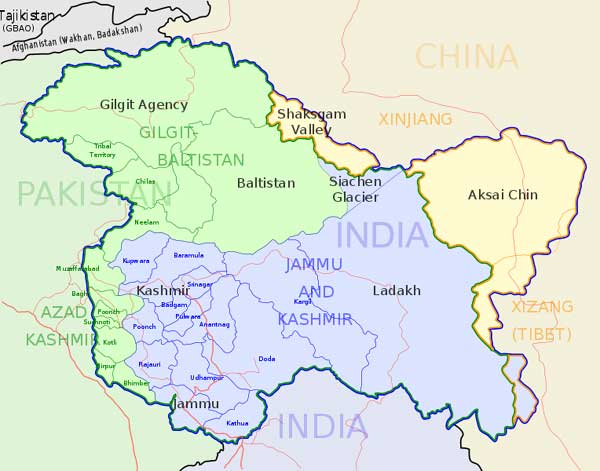 The change in status of the state of Jammu and Kashmir carried out in the most legitimate and constitutional manner is essentially an internal matter of the Indian nation. What is galling here is the undesirable and disgusting interference that is being attempted by neighbouring Pakistan.

It was of course, expected, since the all-powerful political and military establishments of the country owe their existence to keeping the Kashmir issue on the boil. There is now a big question mark on the effectiveness of the ‘Kashmir Banega Pakistan’ (Kashmir will become Pakistan) and ‘Kashmir Hamari Shahrag Hai’ (Kashmir is Pakistan’s jugular vein) type of slogans that the political leadership of the country, with active support of the Army, uses to divert the minds of the people from their extreme poverty and deprivation.

The Pakistani leadership did not even imagine that the Narendra Modi led Government would move so fast and decisively towards bringing about the much needed reorganization of the state and its seamless integration with the rest of India. It has been caught completely off guard and is unable to come up with a strong and cohesive response. The despair in the Pakistani political ranks is personified by the ‘What can I do’ lament of Prime Minister Imran Khan.

Secondly, Pakistan is on the verge of a financial break down. It simply cannot afford direct belligerence towards India for fear of reacquiring the terrorist state stamp which will close all doors of much needed financial aid from the international community.

Nevertheless, it would be simplistic to think that Pakistan will not hit back. It will definitely do everything possible to negate the emerging positive situation in Jammu and Kashmir with all the might and means that it can muster. The question that arises here is – what can Pakistan do? Some statements by eminent journalists and thinkers of the country can give a fair idea of the path that Pakistan is likely to follow.

“Pakistan is morally and politically bound to support the Kashmiris. However, supporting the resistance movement will have serious consequences for Pakistan. The poor state of Pakistan’s economy, internal political crises and struggling diplomacy are factors which will limit active support to the resistance movement in IHK (Indian Held Kashmir),” says a well known Pakistani journalist, Muhammad Amir Rana, in an article – The Kashmir Challenge.

A derivative of the statement is that Pakistan will love to see the locals of Kashmir reacting forcefully with what it terms as “Intifada.” An intifada is a concept of Arabic usage referring to an uprising against oppression. Mostly it has been used to describe the Palestinian uprising and has been adopted by Pakistan for Kashmir as a part of its psychological messaging. While the Kashmiris’ will be egged on to the self destructive path of “Intifada,” Pakistan will give to it no more than “moral support.”

So what can be expected is a massive religion based psychological campaign being launched by Pakistan to incite the people of Kashmir to come out in open revolt. It will be driven by the social media and supported by the many assets that Pakistan has nurtured in the valley and in its own land. Already the leaders of Pakistan based militant groups are circulating audio, video and text messages in social media groups in which they are declaring their support for the Kashmir cause.

The second option is well elucidated by another well known journalists Arif Nizami by his statement, “However, unfortunately ground realities are not in Pakistan’s favour. In the backdrop of a rather muted international response– even from our traditional friends– Islamabad has few options. Barring any military adventure by India, a military response is off the table. Pakistan has after the event embarked on a diplomatic offensive…..”

The derivative is that, being unable to go for military options, Pakistan will up the diplomatic ante for which it has only the United Nations to fall back upon. It has already used the offices of good friend China to initiate a discussion in the United Nations Security Council (UNSC). The UNSC meeting, however, has not gone in the favour of Pakistan since four of the permanent member and nine of ten temporary members have termed the reorganization of J&K as India’s internal matter. A consultative meeting vetoed the idea of moving the issue to the next level. So it is already curtains for Pakistan on this side. But the matter will not end here; India can expect a frontal diplomatic assault from the country in the United Nations General Assembly (UNGA) coming September. The aim will be to embarrass India and press for a fresh UN Resolution from the Security Council on the premise that India’s recent actions are not consistent with the status of Jammu & Kashmir as a disputed territory. Even the Muslim Ummah has remained unmoved by the machinations of Pakistan what to talk of the big powers so not much progress is envisaged. In all likelihood, the recent position adopted by the UNSC will set the pace of things.

A clear view of the Pakistani plan of action can give direction to the Indian counter measures. The most important is for the Kashmir people to not fall prey to Pakistan propaganda. It is very clear that Pakistan is looking to use them as cannon fodder and will not come to their assistance in any manner whatsoever.

The Indian army is more than ready for any misadventure that Pakistan  may be foolish enough to attempt. “Pakistan’s attempts to push in terrorist infiltrators will not succeed. Indian Army is alert band has been able to foil all attempts of infiltration as and given effective response to ceasefire violations,” an emphatic statement by Lt. Gen., Ranbir Singh, Army Commander, Northern Command says it all.

It would be best for Pakistan to accept the reality and concentrate more on is precarious internal condition. In case it does not relent then India needs to be prepared for a structured point by point response to its ignoble machinations.

One thought on “J&K: What Pakistan can do and how India should respond”