Is the ‘Tibet card’ in play? 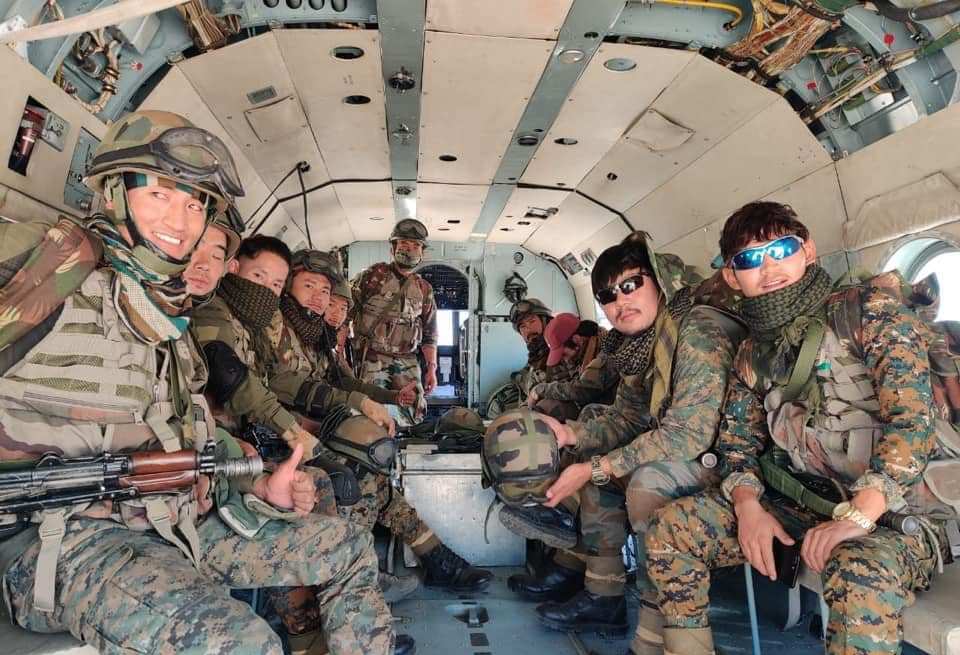 On August 31, a statement from the spokesperson of the Indian Army informed the nation that on the night of 29/30 August: “PLA troops violated the previous consensus arrived at during military and diplomatic engagements …and carried out provocative military movements to change the status quo.”

However, the Indian troops “pre-empted this PLA activity on the Southern Bank of Pangong Tso Lake, undertook measures to strengthen our positions and thwart Chinese intentions to unilaterally change facts on ground.”

It was clear that Delhi had decided to respond to the aggressive posture shown by the Chinese since the past four months; it was the first time that the Indian Army could ‘preempt’ the Chinese grabbing more Indian territory.

A few hours later, the social media was abuzz with news that a Tibetan officer had died; Company Leader Nyima Tenzin lost his life on a land-mine near (or on) the theater of the operations.

Though the government has remained silent on the subject (as it usually does when Special Forces are involved), the Indian media started mentioning the existence of the secretive Special Frontier Force, also called Vikas Regiment or Establishment 22.

The first Inspector General of the Force, Brig (later Maj Gen) Sujan Singh Uban had once commanded the 22 Mountain Artillery Regiment (therefore the name 22s) before being sent on deputation to establish a Special Force, mainly composed of Tibetan refugees. It was in November 1962, a few days before the unilateral Chinese ‘cease-fire’.

Since then, the Force has remained, as most other specialized commandos, unknown to the general public.

But the song of the regiment tells us about its original objectives: “We are the Vikasi; the Chinese snatched Tibet from us; and kicked us out from our home; even then, India, kept us like their own; one day, surely one day; we will teach the Chinese a lesson; whenever opportunities arise; we will play with our lives.”

We know very little about what has happened during the fateful night, but the point is India is today in a dominating position in the area south of the lake, near Rezang-la, where China suffered hundreds of casualties in November 1962. Beijing, one can imagine, is not happy; but for India, this is the first real good news since the beginning of the bitter conflict, which is bound to be known in Tibet itself.

It might have been a coincidence, but an important event took place on August 28 and 29 in Beijing; the Seventh Tibet Work Forum (TWF) was held.

What exactly is a Work Forum on Tibet?

A TWF usually decides the fate of Tibet for the next five to ten years. This should deeply concern Delhi, as the TWF defines China’s long-term policies for its western borders.

The TWF was attended by two to three hundred senior officials (all in white shirts); it included the entire Politburo (with the Standing Committee standing on the dais), the People’s Liberation Army (the all-powerful members of the Central Military Commission were in attendance), several provincial Party Secretaries, representatives from different ministries, as well as local satraps posted in Tibet.

For the first time, the TWF was given large publicity; the TV report lasted more than 14 minutes, mostly quoting Xi Jinping and showing the ‘masked’ delegates (including the Chief of the Chinese Navy!).

The TWF comes two months before the Fifth Plenum of the Communist Party of China, which will have to take difficult decisions for the Middle Kingdom’s shaky economy and also at the time Beijing is celebrating the 55th anniversary of the creation of the Tibetan Autonomous Region (TAR), which has never really been autonomous; at the same time, Xi Jinping is being questioned for some of his decisions within his own Party.

In his speech, he emphasized that Beijing’s objective was to build a new socialist modern Tibet that is “united, prosperous, civilized, harmonious and beautiful.”

Although Xi loves to speak about regional autonomy, it is clear that the Tibetans do not have much say in the matter. Why, for example, seventy years after the so-called ‘liberation’ of Tibet, has no ethnic Tibetan been made Party Secretary in Tibet?

In fact, the new Helmsman is nervous; China has never ‘stabilized’ Tibet: “It is necessary to strengthen the construction of border areas and adopt special support policies to help border residents improve their production and living conditions and solve their worries,” pleaded Xi.

The two ‘coincidental’ events (India taking control over the ridge south of Pangong tso and the TWF in Beijing) are linked to the ‘stability’ of the borders.

While on one side, by extending China’s borders in Ladakh, Beijing dreams of ‘stabilizing’ Tibet and Xinjiang; on the other side, Tibetans are ready to give their lives to protect India’s frontiers.

Xi also spoke of promoting “the construction of a number of major infrastructure and public service facilities”, the large scale development of infrastructure on the plateau should indeed deeply worry Delhi.

Further, though the Tibetans should be at the center of the stage for Xi, they are hardly asked about their aspirations or their opinion.

Incidentally, it should be noted that Hua Chuning, the Chinese Ministry of Foreign Affairs’ spokesperson, when asked about the Indian Special Forces, said that she was not aware of Tibetans serving in the Indian defence forces. Her remark was later deleted from the official transcript; clearly Beijing is troubled by the happenings in Ladakh.

Even without playing a Tibet card, Delhi should realize that Tibet is definitively an important factor in the present conflict and exiled Tibetans should perhaps stop dreaming of a dialogue with Beijing.

Dharamsala can ask the Indian diplomats what happened to the 1954 Panchsheel Agreement, the 1958 Barahoti accord or the Chinese promises in 1993, 1996 or 2005; none were respected.

Tibetans themselves had their own experience with the 17-Point Agreement in 1951.

The best bet for India and the exiled Tibetans is to closely work together; it could pay rich dividends.