Is India Scared of China?

In fact, the Bush administration’s decision in early May to accede to Taiwan’s request to one of the highest-ever arms-sales, and President Bush’s promise earlier on 25 April to help Taiwan defend itself “by whatever it (the US) can” against Mainland Chinese attack, is of tremendous significance. The sale – the biggest since Washington sold Taipei 150 F-16s for US$5.8 billion in 1992 – included four Kidd class frigates, eight diesel-powered submarines and 12 P-3C submarine-hunting aircraft.

Taiwan will maintain the military edge over China for the next 10 years, said Prof Ou, adding, “China will not dare attack us”. Coupled with this factor is also the increasing feeling among the Taiwanese for a change…

In 1999, Taiwan initiated a plan to develop a lower-tier MD system estimated to cost $9.23 billion over eight to 10 years. It was said the programme would give a psychological boost to Taiwan because it would neutralise the only credible weapon Beijing wields to intimidate Taiwan. Because, otherwise, Taiwan is said to be maintaining a military edge over China across the Taiwan Strait. In fact, TMD has been given the highest priority by Taipei, of late. Incidentally, Taiwan is scheduled to test-fire the US-made Patriot missile system in June after Washington gave the island the green light. The test-firing of the anti-missile weaponry would be the first such exercise ever conducted outside the United States.

Taiwan has three batteries of US-made PAC II Plus Patriot missiles deployed to defend the greater Taipei area. And, if the US last accedes to Taipei’s request for the more advanced PAC-III system, which it has deferred so far, then Taiwan will have an effective TMD shield against China.

Taiwan will maintain the military edge over China for the next 10 years, said Prof Ou, adding, “China will not dare attack us”. Coupled with this factor is also the increasing feeling among the Taiwanese for a change towards the eventual two-China theory, evident by the coming to power of the Democratic People’s Party (DPP) through President Chen last year. The Kuomintang (KMT), which ruled Taiwan between 1949 and 2000 and whose senior leaders had fled from the mainland, no longer appeals the youth when it talks of the relevance of the principle of one but a democratic China.

Many Taiwanese anthropologists, linguists and lawyers are pointing out, through their respective studies, that the Taiwanese have been historically different from the Chinese. So much so that for the first time the Taiwan Foreign Ministry is considering adding the word “Taiwan” to the country’s passport, in a move cautiously aimed at distinguishing itself from the Chinese mainland. The passport currently refers in English to the island as “the Republic of China,” and the addition of the word “Taiwan” would avoid the country being mistaken for China.

In this context, Vice President Lu’s explanation that Beijing’s theory that Taiwan is an inalienable part of China is a myth needs little elaboration. Her point is that in concrete terms no regime in China’s thousands years of history had ever any effective control over Taiwan. In fact, until 1895, when China ceded Formosa (the then name of Taiwan) to Japan in perpetuity, no Chinese family from the mainland was allowed to migrate to Taiwan. But, more interesting is Lu’s point when she says that when Japan surrendered after her defeat in the World War II, it just relinquished its sovereignty over Taiwan dynasty without transferring it back to China. 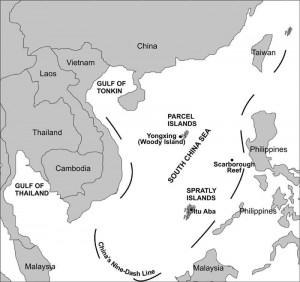 She argues, “the real key to territorial relationship between Taiwan and China can be found in the san Francisco Peace treaty of 1951. The Treaty’s purpose was for the victorious Allies to deal with the unresolved issues left over from the war. Japan agreed to relinquish sovereignty over Taiwan and the Pescadore islands, but the question of which entity would control Taiwan was left unanswered (emphasis added).

“The status of Taiwan was intentionally left out of the treaty. Because, the Korean War had broken out a year before and the communist China was blamed for goading North Korea invading the South. Accordingly, U.S. President Harry Truman declared that the legal status of Taiwan had yet to be determined. Under the San Francisco Peace Treaty, Japan was censured for having been one of the parties that instigated World War II and was thus forced to hand over Taiwan. But handing Taiwan over to Communist China would have amounted to rewarding an instigator of yet another war. In short, the eruption of the Korean War was followed by a hot debate over the status of Taiwan, prompting Truman to declare Taiwan’s legal status unsettled”.

It is against this background that Lu says that given the regularity of elections these days in Taiwan, the Taiwanese people have democratically asserted that theirs is already an independent and sovereign state. And, the people of Taiwan have decided to look to the future rather than live in the past. Incidentally, the DPP government has taken some significant policy decisions to do away with the concept of “One-China”. From Indian point of view, change in Taiwan’s attitude towards Tibet may be quite interesting.

It may be noted that under the KMT rule, there was no difference, between Beijing and Taipei as far as the position on Tibet and Inner Mongolia was concerned. After all, the KMT, which claimed to represent the real government of the Chinese people, shared with the Communist rulers in Beijing the same hard-line stance on foreign and defence policies. So much so that the government at Taipei had special commissions on Tibet and Mongolia and the interior ministry had separate sections dealing with them. Tibetans and Mongolians coming to Taiwan were treated as if they were citizens of the country and the interior ministry handled their visits. So much so that when his holiness Dalai Lama visited Taiwan in March 1997, he was just treated as religious leader and the nitty-gritty of his trip, namely the travel documents and living arrangements, was looked after by the interior ministry. 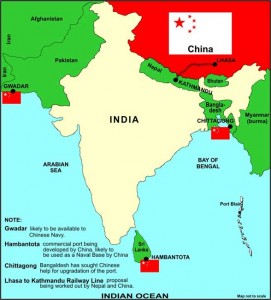 However, with the DPP’s coming, such a policy has lost its sheen. The special commission on Tibet and Mongolia has been abolished. The divisions on them in the interior ministry exist now on paper only. As a result, when the Dalai Lama made his second trip to Taiwan this April, he was virtually given the treatment of a head of state. His entire visit, during which he met president Chen Shui-bian and former president Lee Teng-hui (the latter, incidentally, is now arguing for his KMT to shed its earlier One-China policy and support President Chen’s pro-independence initiatives) and many other pro-independence proponents, was handled by Taiwan’s foreign ministry.

As the Taiwan News wrote editorially on 5 April, “As we write, the communists in Beijing are criticising the historic meeting between president Chen and the exiled Tibetan leader, the Dalai Lama, saying that the tete-a-tete amounts to collusion between Taiwan independence and Tibetan independence. As seen from Beijing, this is a very negative critique. But who would have guessed that out of this critique one can clearly make out another truth, that free peoples must necessarily show each other respect, and help each other out”.

The point that emerges from all this is very simple. That is the fact that Taiwan is going to exist with own system and features, at least much longer than what the Chinese would like us to believe. That being the case, why should not New Delhi have a working relationship with Taipei to promote India’s national interests? There is, of course, a MEA-promoted theory running in corridors of power that India cannot behave normally with Taiwan, since China can react by fishing in the troubled waters of Kashmir.

Nothing can be more bizarre than this comparison of Kashmir with Taiwan. Kashmir has been an inalienable component of Indian civilisation from time immemorial. Kashmir’s de facto and de jure status is coterminous with that of India. However, as we have seen above, such is not the case with Taiwan, which has been functioning independently ever since the Japanese surrender in 1945.

It is time India stopped seeing Taiwan through the prism of China.

3 thoughts on “Is India Scared of China?”