Is corruption wide spread in the military? 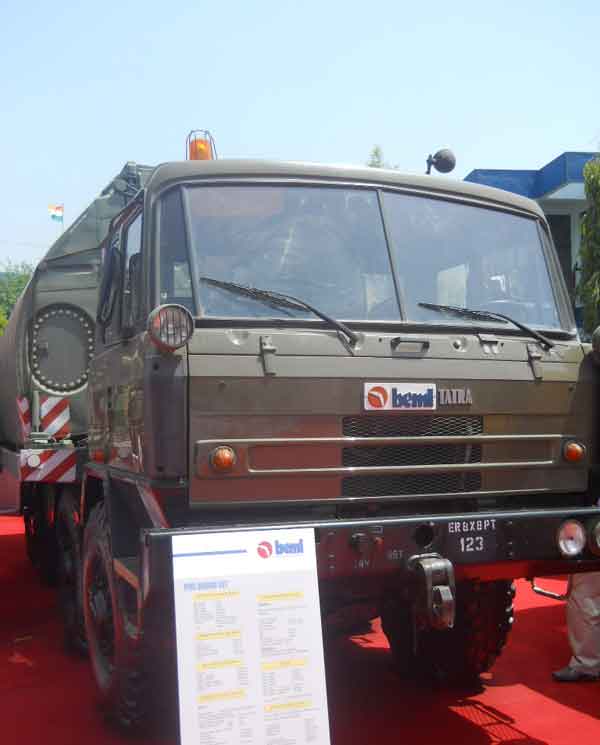 A TV channel recently showed a sting operation where a junior commissioned officer is caught on camera handling wads of currency notes obtained from prospective candidates for various jobs in the military’ with a colonel rank officer allegedly operating in the background. A maj-gen is caught red handed taking money from a contractor. These two are the more recent incidents of corruption in the army. One is down South near Pune (National Defence Academy ) and the other up North in J and K. Earlier we had the case of Sukhna land scam in the East where a few lt-gens were involved and were duly court-martialed. DG Supply corps, a lt-gen rank officer is court-martialed on charges of corruption.

From corruption and malfeasance to fake encounters to ill-discipline from one end of the country to the other and right across the rank structure gives the impression that all is not well with our military.

In the Adarsh scam a few from the very highest echelons of the army are involved. Supreme Commander of the armed forces, forsaking the very propriety of the act, made a desperate attempt to grab military’s land in Pune. More recent is the nudging by the supreme-court to hold court-martial of a number of officers involved in fake encounter at Pathribal in J and K., though military should have acted so on it’s own. Colonel Prohit is involved with a terrorist group. If all that was not enough, a second incidence of gross indiscipline in a unit at Nyoma in Ladakh, leads one to infer that it is not only probity and integrity that is under assault but even discipline is on the wane. From corruption and malfeasance to fake encounters to ill-discipline from one end of the country to the other and right across the rank structure gives the impression that all is not well with our military.

During the last few decades the composition of manpower intake, both of officer class and the rank and file has undergone a sea change. Military is simply not able to draw suitable material, not only in the officer cadre, but in recruitment of soldiers too. With the opening of economy and expansion in civil services, a number of lucrative options are on offer for the youth. Those likely to join the military as soldiers find State and central police as a better option. Faced with these constraints has the military lowered its intake standards!

In early nineteen eighties, army headquarters ordered a study to review the recruitment and the system of selection for entry into the officer cadre. I headed the committee constituted to examine and review the officer selection system. Though, the selection process had stood the test of time, military career as such had become least attractive and as a result of that fewer number of suitable candidates had been opting to join the officer cadre. Consequent to this development there was discernable tinkering with the selection process. Since then there has possibly been further lowering of intake standards.

It may be argued that military is a mere reflection of society at large. A society where corruption is rampant, right across the national spectrum and is accepted and even respected.

The officer selection process is based on a triad system of evaluation. In which three different techniques are applied over a period of four to five days, to assess a candidate. When these three techniques are applied correctly, they are expected to produce the same result, thus reinforcing the selection process three times over. It also eliminates the possibility of fudging the result by an operator of any of the three techniques without being found out. When applied correctly it is the most comprehensive and authentic selection process devised so far: anywhere, in any army. Of late the DRDO has managed to bring in some changes in the selection process, perhaps for the worse. During the eighties DRDO working on the recruitment intake standards, had projected that weight carrying capacity had no bearing on the height of a person and other physical attributes and as such requirement of minimum height for recruitment be done away with. One was constrained to observe that the army wanted to recruit soldiers and not coolies

It may be argued that military is a mere reflection of society at large. A society where corruption is rampant, right across the national spectrum and is accepted and even respected. When cheating and ill discipline is all pervasive, military could not remain unaffected. After all army draws its manpower from the same stock. Even so in this climate of loot and plunder, malfeasance and state of lawlessness, military has strived hard to maintain its core value system by creating a sort of rampart of ‘do’s and don’ts’ to isolate it from the outside influence.

Of late this rampart has been under attack, both from the outside and within and breaches have appeared, but military has made brave attempts at repairing this wall of core values. Cases of corruption, misconduct, false encounters and cheating, have often manifested from within, cutting right across the rank structure. But military has been quick to deal firmly with all such abrasions. Though more recently, venality threatens to engulf the very top echelons of the army.

Some may contend that the level of corruption in the military is not even a miniscule of what prevails in the government machinery and civil society, so why worry. Military service is quite apart from all other callings and it demands the highest standards in probity, integrity and personal conduct from its officers. Any shortfall in these will render the force ineffective and national security will stand imperilled.

Officer cadre is the very soul of an army and mainspring of the whole mechanism. Any fall in their standard will sure lead to failures during war.

Even with lowering of intake standards, army continues to remain short of over 12000 officers, thus reinforcing the fact that over time military career has been turned into least attractive option. The officer cadre has seen influx of not so suitable leadership material and as such, the profile of the officer cadre has been undergoing a change, for the worse. Though the military does strive to develop leadership skills in its young officers and instill in them an appropriate value system, but in many cases it does not succeed and at other times, mechanism for internal cleansing fails.

However, individual aspirations, careerism, personal gain and dilution of leadership traits do some times get the better of some individuals, but where failings in character qualities surface, or discipline is lacking, action to correct the fault lines is both, stern and swift. It is essential to detect fault lines in character at early stages of an officer’s career and apply correctives, which could even be weeding out.

Senior leadership in the military no more insists on setting good and enviable standards of conduct for juniors to follow. A few, at the very top, have faltered and fallen prey to greed. As the higher rank officers climbed into what is called ‘five star culture,’ quite distinct from what fits in the military’s way of life, lower down the ladder some junior rank officers slid down to levels unacceptable for the officer class. British understood the selfish nature of Indian character and its dishonest ways and felt the need to drill into the potential Indian officers, the inscription in the Chetwood Hall of Military Academy, but not for their own cadets at the Sandhurst Military Academy!

Officer cadre is the very soul of an army and mainspring of the whole mechanism. Any fall in their standard will sure lead to failures during war. Officers serve, not for their meager emoluments but for the love of their country and on the off chance of being able to defend it with their lives. If the intelligent youth hold aloof from the army we ought not to complain if we are not properly led in war.

Finally the new army chief has his task well cut out to go hammer and tongs after those whose conduct and integrity is suspect.

9 thoughts on “Is corruption wide spread in the military?”