Is China Building a New Front in the Himalayas? 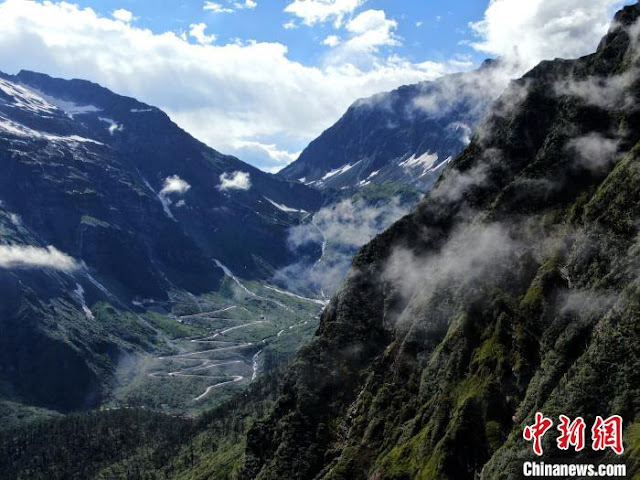 China is apparently planning to build a hydropower project over the Tsangpo river in Tibet —a project which it had previously assured was unlikely to happen. Not only is it another example of the nation being untrustworthy, it is also worrying, given that the river flows into Indian territory as the mighty Brahmaputra and the planned site is a highly seismic zone.

The unthinkable has happened. The Global Times has announced: “China to build historic Yarlung Zangbo (Tsangpo) River hydropower project in Tibet.” The dam or hydropower plant (HPP) around the Great Bend of the river, known as the Siang, which in India is called the Brahmaputra, has been the object of thousands of articles. Most serious analysts concluded that it was not doable, not feasible and would never happen. It has often been associated with the diversion of the river towards the Qinghai province and mainland China as well as the revival of the Yellow river.

Now, it appears that the new emperor has decided to go for it. “China will build a hydropower project on the Yarlung Zangbo river, one of the major waters in Asia that also passes through India and Bangladesh, and the head of the involved company said that the project could serve to maintain water resources and domestic security,” wrote the mouthpiece of the Communist Party of China.

The project would be part of China’s 14th Five-Year Plan (2021-25) and China’s long-term objectives for 2035. Quoting Yan Zhiyong, chairman of the Power Construction Corp of China, or POWERCHINA, the Global Times noted: “There is no parallel in history… it will be a historic opportunity for the Chinese hydropower industry.”

The announcement has to be seen in the context of the confrontation in Ladakh. Even if the HPP does not come up immediately, it is good Information Warfare (IW) for Beijing “to scare the Indian monkey”.

It is a fact that China had always denied that they would do it. If Beijing does go for it, it would be another example showing that the present regime cannot be trusted.

In November 2006, as President Hu Jintao was leaving India after a state visit, the Chinese Minister for Water Resources, Wang Shucheng, had categorically stated that the proposal of the dam and diversion was “unnecessary, unfeasible and unscientific”. He had added that it had no government backing: “There is no need for such dramatic and unscientific projects.” However, he had admitted, “There may be some retired officials that support the plan, but they’re not the experts advising the government.” Thus, it had not been a point blank denial as the minister had admitted that the project existed on paper. Have the ‘experts’ changed their mind now?

It is necessary to look at the project in more detail.

Yan Zhiyong explained that the hydropower exploitation on the trans-boundary river could provide 300 billion kWh of clean, renewable and zero-carbon electricity annually. The project would play a significant role in realising China’s goal of reaching a carbon emissions peak before 2030 and carbon neutrality in 2060, and it could annually generate an income of 20 billion yuan ($3 billion).

The Global Times mentioned that the hydropower plant would have thrice the capacity of the Three Gorges dam (which has an installed capacity of 22,500 Mw), which would mean around 60,000 Mw or 60 Gw.

There is no doubt that China’s dam lobby is pushing hard for the mega plant, forgetting that the area is one of the most highly seismic regions of the planet.

The Times in London reported the August 15, 1950 earthquake—which had its epicentre not far away, in Rima in Tibet, just north of the McMahon Line in the Lohit Valley—saying, “Seismographs the world over one day last fortnight registered an earthquake so violent that the record of its convulsions ran off the paper… Shipping on the lower Brahmaputra River (whose source is in the Himalayas) was dislocated by a tide of tens of thousands of uprooted trees and the bodies of tigers, elephants and other wild life borne down the river from the earthquake area. The waters of the Brahmaputra, blackened with sulphur that the quake had churned up from the earth’s innards, cast up millions of dead and dying fish.”

The purported HPP would be located in an area known as Pemaokoe, one of the last virgin areas of the world. For the Tibetans, it is as sacred as Mt Kailash and Lake Mansarowar, and Goddess Dorjee Phagmo, Tibet’s protector, is said to dwell there. 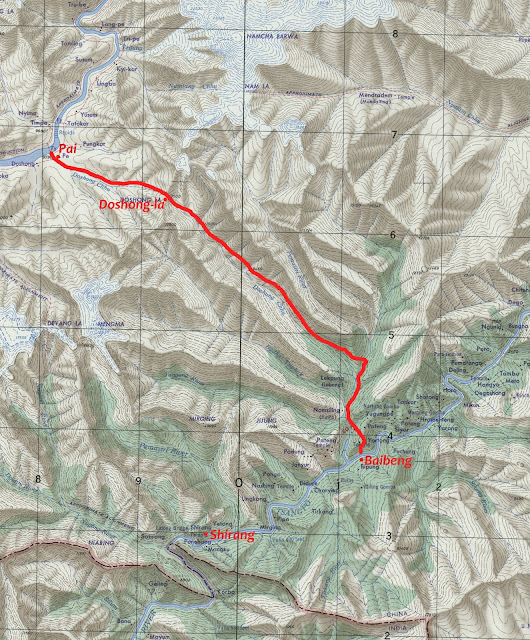 The retinue would not be more than 50 or 60 metres high. If higher, the reservoir could flood the military installations in Bayi, the main PLA cantonment in Southern Tibet and the urban area of Nyingchi town.

The diversion towards Shirang would use several diversion pipes and tunnels and then high-pressure pipes to divert water back in the Tsangpo, close to the McMahon Line which is the LAC.

It would be a run of the river project (which means the water just goes through the turbines after having been diverted through mega pipes or tunnels). The diversion or short-cut between the beginning and the end of the gorges (known as the Great Bend) would be between 30 and 40 km, cutting short the 260 km course of the Tsangpo.

Electricity would be produced by the huge difference of altitude between Pai Town, located at 2,930 metres above sea level (ASL) and Shirang near the Indian border at 600 metres ASL only. The drop would be between 2,200 and 2,400 metres, depending on the location of the last power station. It is said that water could flow at the rate of 3,000 cubic metres per second. As the turbines may not be able to withstand the pressure if there is only one station downstream, the Chinese engineers have apparently decided to have 6 or 9 substations (if 6, each would have 400 m altitude difference between them). Some also speak of a ‘ladder’ project. Apart from the incredibly difficult terrain, another problem lies in evacuating the power generated.

The project may be over in 2035 (the new dream date for the megalomaniac leaders in Beijing).

Many Chinese experts have suggested that the HPP project will be linked with the diversion of the Tsangpo towards the mainland. The project, called Hongqi or Red Flag, is spearheaded by Prof Wang Hua of Tsinghua University, who is also Chairman of the Expert Group on Dialogue for the ‘Red Flag River Issue’. When the university had reopened after the Cultural Revolution, on the same benches was Chen Xi, today a member of the Politburo. Wang and Chen know each other from the 1970s. Also studying in Tsinghua University at the same time was one Xi Jinping. There is no doubt that the diversion protagonists are well-connected—and that it is extremely worrying for India.