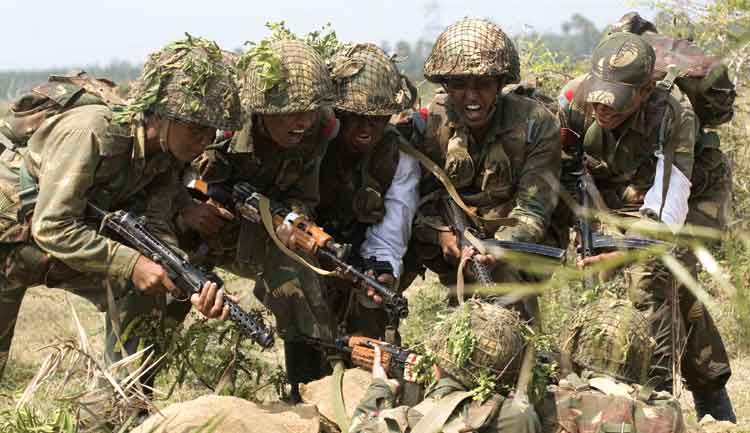 The fact that, not withstanding, the lowering of intake standards, army continues to remain short of over 12000 officers, reinforces the fact that over time military career has become less and less attractive, reasons for which are many and need be dealt with separately. The officer cadre has seen influx of not so suitable leadership material and as such profile of the officer cadre has been under going a change, for the worse. Consequently military strives to develop leadership skills in its young officers and instill in them appropriate value system. Perhaps in some cases it does not succeed in inculcating that value system and mechanism for internal cleansing fails.

A military officer is first a gentleman. For him, to be overbearing and insulting to a soldier is unacceptable and is reflective of lack of maturity, confidence and elementary leadership qualities. Such conduct cannot earn the respect of soldiers and leads to strained relations.

However, individual aspirations, careerism, personal gain and dilution of leadership traits do some times get the better of some individuals, but where failings in character qualities surface, or discipline is lacking, action to correct the fault lines is both,  stern and swift..

Senior leadership in the military has not always set good and enviable standards of conduct for juniors to follow. As the higher rank officers climbed into what is called ‘five star culture,’ quite distinct from what fits in the military environments, lower down the ladder some junior rank officers slid down to a level unacceptable for the officer class. The inscription in the Chetwood Hall at the Indian Military Academy which is drilled into cadets, during their training in that institution, is near forgotten by some. The British understood the selfish nature of the Indian character rather too well and felt a compelling need to drill this homily into the potential Indian military officers but never felt the requirement to proffer such an advice for their own cadets at the Sandhurst Military Academy.

The standard of military leadership has somewhat slipped downwards. Admittedly the military has often moved swiftly to apply correctives but many in the higher echelons have gone unscathed. Some cardinal principles of leadership in the military, such as personal example, service before self, high integrity and moral character, caring for troops, false notions of rank privileges, are being missed by some.

Finally troops have a highly developed collective sense. They are almost never mistaken about their commanders. It is quite impossible to deceive them as to the character and qualities of their direct commanders with whom they work day by day.

A military officer is first a gentleman.   For him, to be overbearing and insulting to a soldier is unacceptable and is reflective of lack of maturity, confidence and elementary leadership qualities. Such conduct cannot earn the respect of soldiers and leads to strained relations.

In the instance case the officers manhandled the soldier and subsequently troops ran amok. Such a conduct on the part of officers and soldiers is totally unacceptable in the army and is invariably put down with a firm hand. There are enough provisions in the military law and efficacy of its judicial system which can adequately and swiftly deal with an erring officer and soldier. We need feel rest assured that the military authorities will deal with the faulting soldiers and officers firmly and without delay. No one need read more into this sordid incident than an aberration in the otherwise excellent record of discipline, propriety and soldierly conduct of the Indian military.

6 thoughts on “Is Army’s profile changing?”