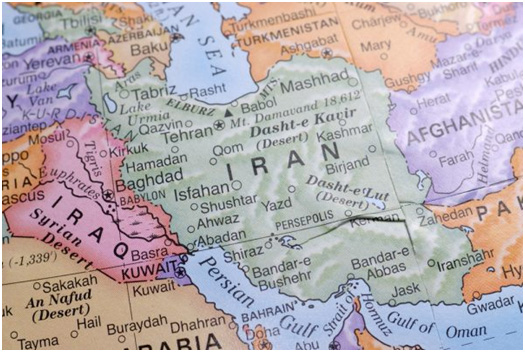 “The IAEA’s 35-nation board passed a resolution on Wednesday, condemning Iran for its failure to provide explanation on technically credible evidence about the detection of nuclear traces at three undisclosed locations. India abstained from voting along with Pakistan and Libya, while Russia and China voted against.”

Seeds of Iran going nuclear were sown by the infamous JCPOA agreement signed between Iran and P 5 +1 in 2015. This deal was orchestrated by Obama administration hoping that Iran will reverse its decision to go nuclear. Trump administration pulled out of the agreement in 2018 stating that Iran still continued to develop launch capability as well as setting up huge network of centrifuge at its NATANZ nuclear project allowing Iran to enrich Uranium to weapon grade.

During past four years series of negotiations and meetings have been held with following aims;

As it emerges from reports of IAEA that international agency as well as nations involved have failed to achieve either aims. According to IAEA reports as well as from numerous sources, it is evident that Iran is extremely close to enriching Uranium to weapon grade. Modified/altered JCPOA, if it comes into force may have already become irrelevant.

While the world has moved on but few extremely significant events have taken place/are taking place, specially in the domain of nations adopting to go nuclear. Russia-Ukraine war has acted as a catalyst for the fence sitting nations on acquiring nuclear capability. It is evident beyond an iota of doubt that had Ukraine not surrendered its nuclear weapons in a moment of self aggrandizement, it would not have faced the destruction and near total annihilation of a large part of Ukraine.

Above situation viewed in the context of North Korea highlights the stark reality in ample measure. With capable launch vehicles to reach mainland USA, North Korea is likely to carry out the seventh nuclear test any time soon. With all WMDs at their command, USA, France, Germany and UK combined are totally dumbfounded to find ways to contain North Korea’s offensive posturing.

Mirror image situation also obtains in Taiwan. President Xi has been categorical in stating that while peaceful assimilation of Taiwan with mainland China was desirable, however China does not rule out a military option or words to that effect. In the event of a military option exercised by China, it is more than possible that Taiwan will succumb to the might of not so friendly Dragon. Will US military intervene? After the disasters of Vietnam war and more recent Afghanistan debacle, US public will oppose any US military deployment outside US mainland and other territories viz Guam etc. Conventional Taiwan will not be able to withstand the onslaught of Chinese military in long term. However if Taiwan were to have a nuclear weapon, China will think twice before attacking Taiwan for forcibly annexing it.

However Taiwan has a fairly potent weapon, which even USA does not have. The super microchips manufacturing capability places Taiwan in numero uno position on the list of Microchip manufacturers. Microchips are life line of everything we use today from smart phones to deadly ICBMs. Destruction of manufacturing facility will literally take the world into dark ages. Only other facility, which can match Taiwan in field of Microchips is SAMSUNG in South Korea. Even this facility may be threatened by China’s protégé, North Korea.

Hence as on date three nations are most probable candidates for exercising nuclear option in larger interests of their respective national security. These are Iran, Taiwan and North Korea (it has already carried out six tests, with seventh due any time).

Containing nuclear proliferation, therefore, is a lost opportunity. In fact Ukraine model will encourage much smaller nations having technical and financial muscle to go nuclear so that no nuclear capable nation can blackmail them.

As on date Israel does not have the capability to penetrate Iranian facilities embedded into mountains unless USA comes to aid and provide the most potent bomb capable of penetrating deep. Also Iranian targets are outside the limits of existing Israel fighters/bombers. That can be overcome with mid air refueling, preferably during outbound leg over a friendly or not so hostile territory.

Current IAEA findings of traces of Uranium at three unspecified and yet undisclosed locations, would possibly become a trigger to Israel exercising its option to strike. With the world focused on Ukraine-Russia war, a Israeli strike appears to be highly probable. On a nine point scale of probability, I would place probability quotient at SEVEN.

It may be of interest to everyone that Carneigie Establishment in USA has been categorical in suggesting that India should exercise its option to carry out a thermonuclear test. It is another issue that pseudo Indian strategists, both military and civilian, do not have the guts to recommend shedding our ideological response/policy of “NO FIRST USE OF NUKES” to “NEED BASED FIRST USE”. Incidentally our former Raksha Mantri Late Manohar Parrikar had specifically stated that all weapons, including nukes are meant to be used.

Change over from NFU to NBFU will impose severe restrictions, both on China and Pakistan. It may even define the threshold of our tolerance to their offensive actions, which both nations have resorted to from time to time.

And finally the famous words of the most brilliant strategist of modern times, Chanakya; “It is the INTENT and not CAPABILITY that acts as a DETERRENT”.