US Aerospace Industry and India 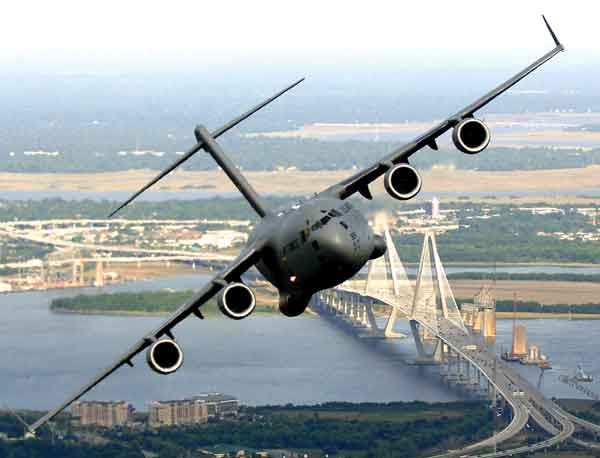 Apart from the stated objective of propelling the strategic partnership between India and the US to a new level, perhaps the more important agenda for Barack Obama, President of the United States, during his visit to this country in early November 2010, was to discover markets for American products so as to create jobs back home and in turn, to resuscitate an ailing economy. And what better opportunity than the seemingly insatiable Indian market for military hardware that could, both in the short and long term, provide the opportunity for billions of dollars worth of business to the military industrial complex of the United States of America?

US Participation in Aero India

Since the collapse of the Soviet Union it has taken more than a decade for the US aerospace industry to shift focus to the potential the Indian market for defence systems had to offer. Indication of the growing US interest in the Indian market was perceptible in its progressively increasing participation in Aero India, the largest biennial international air show held at the Indian Air Force (IAF) base at Yelahanka, on the northern outskirts of Bangalore. Aero India 2003, the fourth edition of the event, was the fist in the series of air shows in India to witness meaningful American participation with ten companies showcasing their products in the US Pavilion.

“Aero India 2011 would provide the ideal opportunity for the US aerospace industry to showcase the sixth generation combat aircraft especially in the regime of unmanned aerial vehicles in both fixed and rotary wing category. The next time such an opportunity will present itself would only be during Aero India 2013″¦”

Inauguration of the US Pavilion by the American Ambassador in India, Robert D Blackwill signaled the US government’s support to its aerospace industry’s initiatives in India. Even though there were no aircraft on display, on the ground or in the air or even a mock-up, intent of the US aerospace industry for serious engagement with the Indian defence and civilian aerospace markets, was distinctly visible. On offer by way of aircraft models, literature and briefings were machines for which there was no official requisition but only a remote possibility that the India could acquire some of these in the future.

These were the Lockheed Martin F-16C Block 50 plus variant, the C 130J Super Hercules and the T 50 Advanced Jet Trainer – all for the IAF. Alongside, on offer was the Lockheed Martin P 3C Orion for the Indian Navy. There was also an indication by Lockheed Martin of the possibility of India being given the privilege of joining the Joint Strike Fighter (JSF) programme and could even hope to acquire in due course, the next generation combat aircraft the F35 Lightening II if India opted for the F16.

While the military segment of the US aerospace industry presented what some observers dismissed as being not futuristic but only a collection of vintage aircraft with doubtful prospects, the civilian sector was dominated by Boeing, the world’s leading aerospace and defence company, showcasing its latest from its stables – the Boeing-777ER (Extended Range). Hindustan Aeronautics Limited (HAL), India’s only aerospace company worth the name had already been awarded a contract by Boeing for the manufacture of Boeing 777’s main Landing Gear Up Lock Box Assembly, Bulk Cargo Doors for Boeing 767 and Over Wing Exit Doors for the Boeing 757. These components would be manufactured at the company’s Aircraft Division located at Bangalore. Boeing already has orders for 36 of the 777s for the Indian carriers. 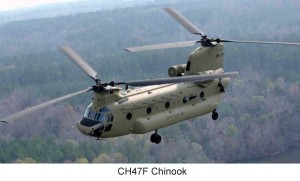 Two years later, at Aero India 2005, the military aircraft offered in 2003 were flown in for aerial and ground display. Two other aircraft, the Boeing F15E and the Northrop Grumman Hawkeye 2000 E2C also participated in the display. By Aero India 2007, the requirement for 126 Medium Multi Role Combat Aircraft (MMRCA) having crystallised, Boeing’s F/A18 E/F Super Hornet made its appearance on the scene as a contender along with Lockheed Martin’s F16IN Super Viper, an improved version of the F16 Block 60 being supplied to the Pakistan Air Force, customised to meet with the requirements of the IAF. With an eye on the strategic and tactical heavy lift requirement of the IAF in the future, Boeing effectively showcased at Aero India 2009, the C17 Globemaster III strategic heavy lift military transport aircraft and the CH47F Chinook helicopter. In the meantime, in October 2008, the Indian government had closed a deal worth $1.1 billion with US aerospace major Lockheed Martin for the supply of six C130J Super Hercules military transport aircraft for the IAF. In October 2009, Boeing signed an agreement with HAL for the production of “flaperons” for the Boeing 777 series airliners.

Much water has flowed under the bridge since Aero India 2009. The IAF is now embarked on a massive upgrade and modernisation drive that over the next three decades would involve investments in the region of $100 billion. A number of major acquisition programmes, that are a part of the effort at major revamp of the IAF, are already underway.

While the nearly five decades of engagement with the Russian aerospace industry continues with tangible progress in major joint ventures such as the licence manufacture of over 200 Sukhoi 30 MKI air dominance fighters, development and licence manufacture of a similar number of the Fifth Generation Fighter Aircraft (FGFA), a deal that is estimated at $25 billion, the development of the medium tactical military transport aircraft to replace the fleet of 100 AN32 aircraft and the procurement of 80 new MI17 1V helicopters which is underway, to be followed by an order of 59 additional machines.

With the disintegration of the Soviet Union and in its wake, the profound changes in the geo-political and geo-strategic environment, India is no longer shackled to the traditional source of defence equipment. Consequently, with the intent to diversify inventory holding, the IAF has been evaluating options of sourcing current and next generation military hardware from the West – both from Europe and the United States.

Transactions during the last four years and the ongoing negotiations/evaluation of equipment reveal a virtual bonanza for the US aerospace industry. In a $1 billion deal, Boeing delivered three customised Boeing Business Jets to the IAF in 2009 for VVIP travel. Lockheed Martin’s persistent efforts at the Yelahanka Air Shows since 2003 bore fruit in October 2008, when the Indian Ministry of Defence finalised a contract worth $1.1 billion with the US aerospace major for the supply of six C130J Super Hercules military transport aircraft specially equipped and suitably modified for use by the IAF for Special Operations tasks involving the Indian Special Forces. 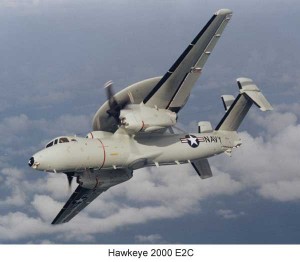 The Indian Central Para-Military Forces have also evinced interest in the Super Hercules aircraft as also the IAF may double the size of the fleet in due course. The first of the six C130J for the IAF is scheduled to be delivered early January 2011 with the second one following soon after. These aircraft with Indian markings, in all likelihood, will be displayed at Aero India 2011 and the OEM will most certainly push hard for the finalisation of the deal for the next batch of the Super Hercules. Lockheed Martin also has a contract for a three-year package of maintenance support for the fleet.

A few months after Lockheed Martin bagged the deal for the Super Hercules, the Indian Ministry of Defence placed orders for eight P8I, next generation, long range maritime patrol aircraft for the Indian Navy. The deal valued at around $2.14 billion involves the development of a customised version of Boeing 737 NG platform based P8 being developed for the US Navy. The first aircraft is expected to be delivered to the Indian Navy in 2013-2014. This aircraft is expected to provide a quantum leap over the capability of the P3C Orion that for the first time had participated in a flying display at Aero India 2005.

Boeing Company is the world’s leading aerospace and defence company, providing products and services to customers in 145 countries. It is firmly established in India in the civilian segment attracted by a demand estimate for the Indian market of 1,000 commercial jets valued at approximately $100 billion over the next two decades. However, Boeing Defense, Space & Security (erstwhile Boeing Integrated Defense Systems) has stolen a march over its rival Lockheed Martin with its offer of the C17 Globemaster III, reputed to be the world’s most advanced strategic military transport aircraft.